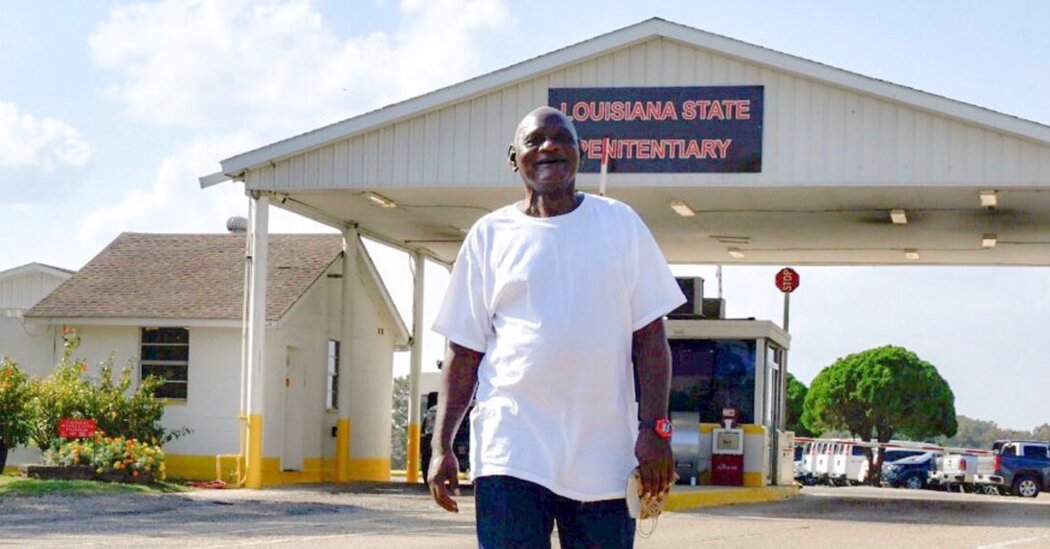 A Louisiana man whose life sentence for attempting to steal hedge clippers in 1997 drew a national spotlight to the state’s habitual offender law has been granted parole, according to the Louisiana Department of Public Safety and Corrections.

The Louisiana Committee on Parole voted 3-0 on Thursday to release Fair Wayne Bryant, 63, who was convicted on a felony count of attempted simple burglary of an inhabited dwelling in a storeroom at a home in Shreveport, La.

Under a state law that penalizes offenders with previous convictions, Mr. Bryant was sentenced to life in prison for the conviction.

Mr. Bryant already had four previous felony convictions: attempted armed robbery in 1979; possession of stolen store merchandise valued over $500 in 1987; attempted forgery of a check that was worth $150 in 1989; and a previous simple burglary of an inhabited dwelling in 1992. His only violent crime, as classified under Louisiana law, was the attempted armed robbery.

“Mr. Bryant was given a second chance today,” said Robert Lancaster, a lawyer who represented Mr. Bryant at his parole hearing. “His life sentence, a result of an oppressive habitual sentencing scheme, came after a series of minor pecuniary crimes to fuel an untreated drug addiction. He was sentenced to a life in prison instead of given the help he needed.”

This summer, the Louisiana Supreme Court declined to review Mr. Bryant’s case. Chief Justice Bernette Johnson, the sole dissenter of the seven-member panel, wrote that Mr. Bryant’s life sentence was “grossly out of proportion to the crime and serves no legitimate penal purpose.”

So-called three-strikes laws became a pillar of the criminal justice legislation in the 1990s at both the federal and state level. Louisiana’s version passed in 1994, but Mr. Lancaster said there are some habitual laws that date back to 1928.

The laws have received renewed scrutiny across the country over the years — and states such as Louisiana and California undergoing reforms — with a focus on how they have affected a disproportionate number of people of color.

In 2017, the state enacted changes to the habitual offender law as part of a bipartisan criminal justice reform package. The legislation eliminated the life sentence penalty for offenders like Mr. Bryant who received a fourth nonviolent conviction, and it reduced mandatory minimum sentences for repeated offenses. In 2019, Gov. John Bel Edwards, a Democrat, signed legislation that would eliminate sentence enhancements for certain nonviolent offenses from the habitual offender law.

Mr. Bryant’s case drew attention from news outlets such as The Washington Post and USA Today in August when the state’s Supreme Court declined to hear his case.

Mr. Bryant’s conditions for parole include community service, mandatory attendance of Alcoholics Anonymous meetings, a 9 p.m. to 6 a.m. curfew and a requirement to check in with his parole officer once a week for 60 days. He will be released to the Louisiana Parole Project, a nonprofit that helps people readjust to life after serving lengthy prison sentences.

After his stay with the organization, Mr. Bryant is set to live with his brother in Shreveport, said Andrew Hundley, executive director of the Parole Project.