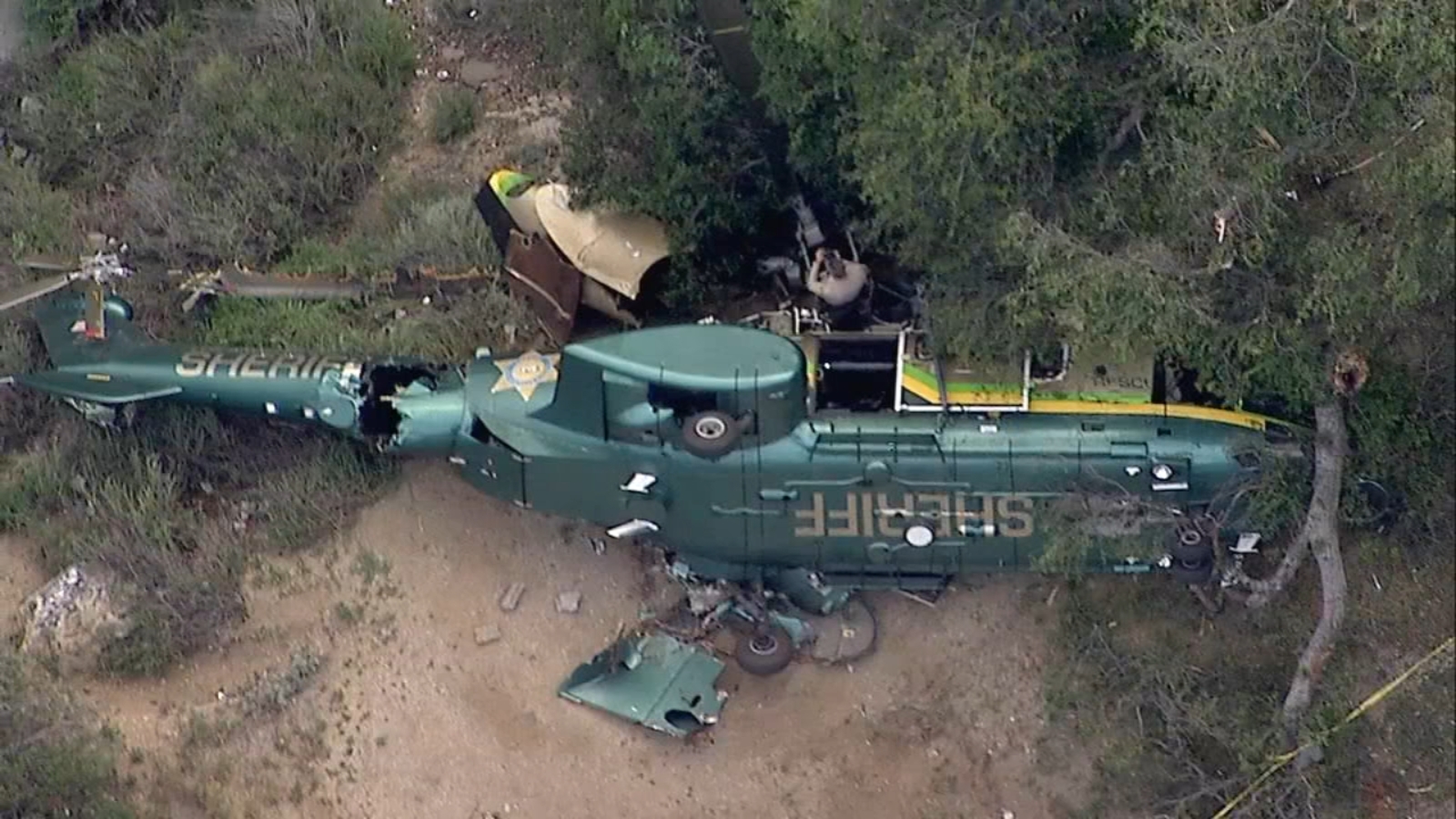 The incident happened near Highway 39 and East Fork Road shortly before 5 p.m., according to officials.

Officials initially said five people were aboard the aircraft at the time of the crash, but L.A. Sheriff Alex Villanueva later confirmed that a total of six people were aboard. All were taken to Pomona Valley Hospital Medical Center.

Those aboard included a pilot and co-pilot, two paramedics, one crew chief, and a doctor from UCLA on a ride-along, Villanueva said. All are expected to survive, according to officials.

One person suffered critical injuries, two suffered moderate injuries, and another two suffered minor injuries, but all are currently in stable condition, officials said. Three remained in the hospital as of Sunday.

“They’re pretty banged up, some of them, and I’ll leave it at there’s some fractures, some broken ribs, and some things of that nature,” Villanueva said. “But thankfully nothing that is life-threatening at this time, and they’re in good hands here.”

Our thoughts are with the men and women of @LASDHQ and the crew members of Air Rescue 5 that were injured today in a helicopter crash near San Gabriel Reservoir. We wish them a speedy recovery.

The California Highway Patrol told Eyewitness News that an L.A. County sheriff’s helicopter went down after responding to a vehicle crash in the San Gabriel Canyon area. All those aboard the helicopter were assisting Los Angeles County Fire Department crews with the vehicle crash.

Villanueva said the aircraft, known as Air 5, was a Super Puma heavy-lift helicopter, far larger than those seen on patrol on a regular basis.

“As they were trying to descend on a little turnout around mile marker 22, they suffered a hard landing and a rollover,” said Villanueva. “Considering where this occurred…the aircraft landed just a few feet from a 200-foot drop…so the fact that it did not roll over, go all the way down, or that there was no fire, is nothing short of a miracle.”

The FAA and NTSB are handling the investigation into the cause of the crash.

Saturday’s incident comes on the heels of another helicopter crash involving law enforcement. Officer Nicholas Vella, a 14-year veteran of the Huntington Beach Police Department, was killed and another officer was critically injured after their police helicopter crashed near Newport Beach in February.