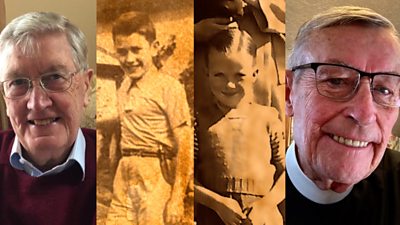 Two transatlantic pen pals have been reunited after a wait of more than 70 years.

In 1950, 11-year-old Jim Johnston from Belfast responded to an advert in a children’s magazine about pen pals.

He was soon put in touch with an American boy who was a similar age – Fred Heard from Klamath Falls, Oregon.

The two corresponded for several months, but as it the case for many pen pals, life got in the way and they lost touch.

Seven decades later Mr Johnston was recounting the story of his long lost American pen pal to his family, who encouraged him to try get back in touch.