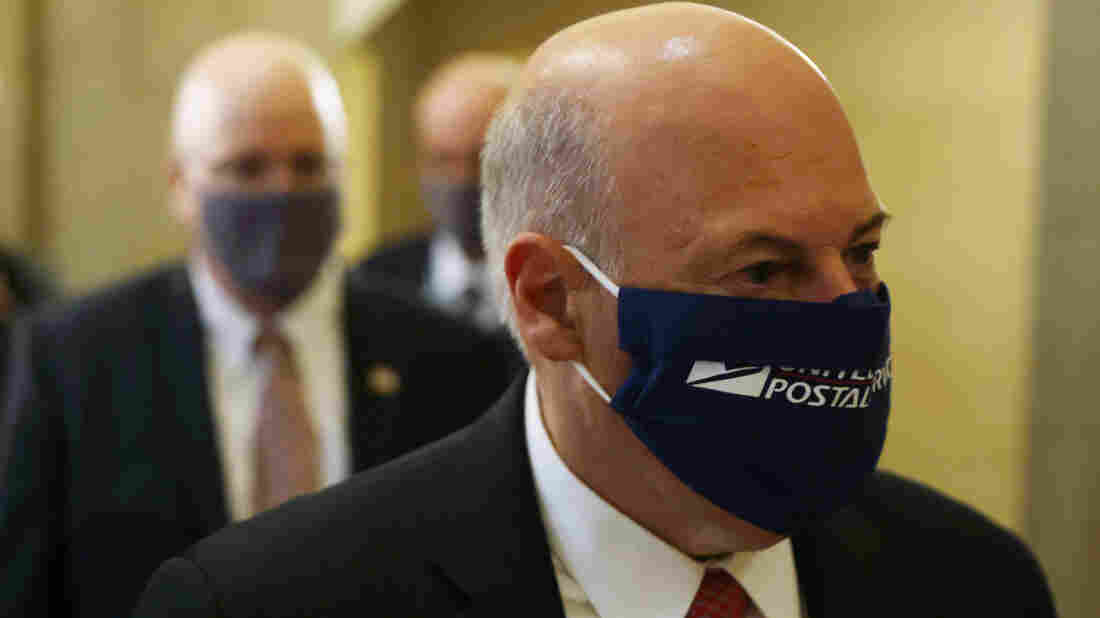 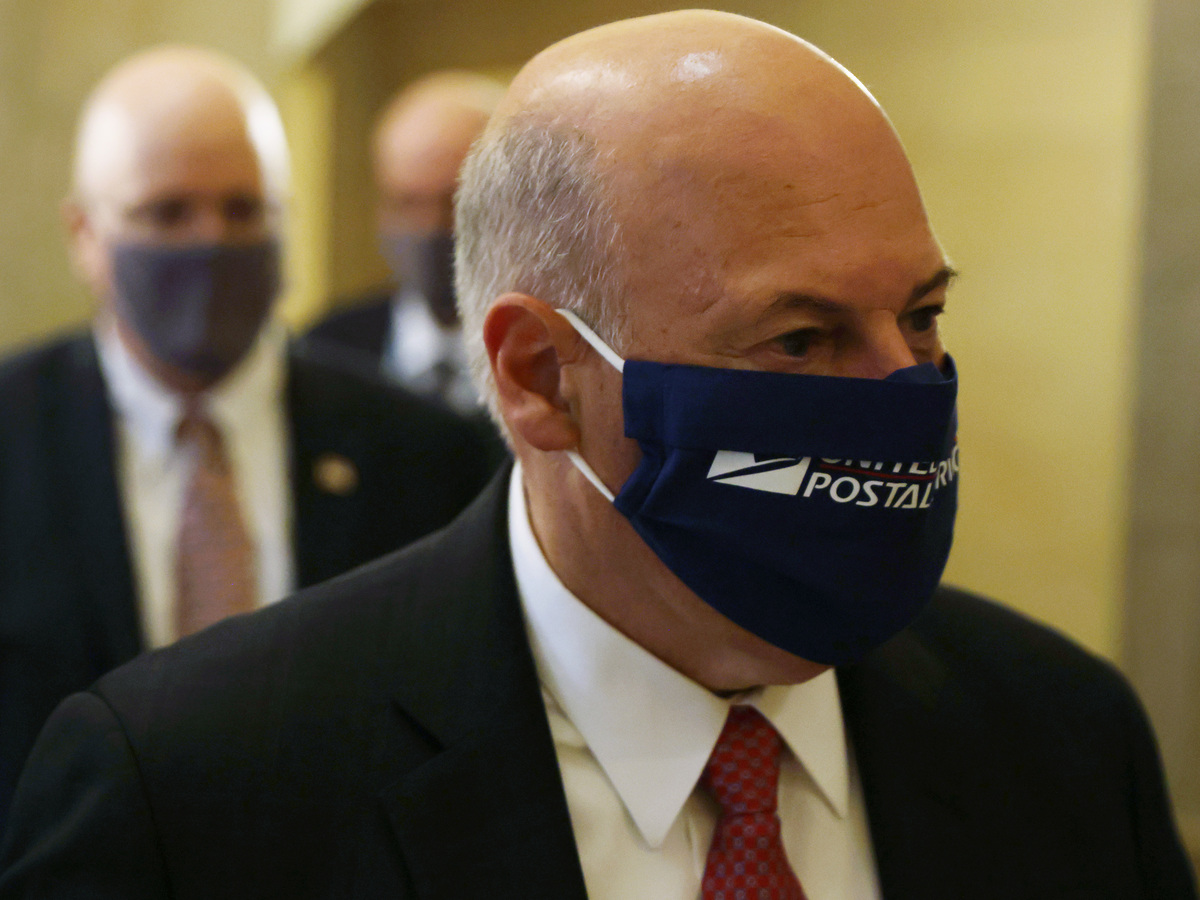 Postmaster General Louis DeJoy, pictured at the U.S. Capitol on Aug. 5, is testifying on Monday before the House Oversight Committee.

Postmaster General Louis DeJoy is defending his management of the U.S. Postal Service to the House Oversight Committee on Monday amid concerns that his cost-cutting measures have jeopardized the agency’s ability to serve Americans.

The hearing is underway now. Watch the hearing live.

Mail service has slowed across the country, according to internal documents obtained by the Oversight Committee, but DeJoy denies that is part of any attempt to reduce throughput in order to complicate voting by mail this year.

In fact, he said in his prepared opening statement, DeJoy expects the Postal Service to be able to accommodate all the mailed ballots that Americans send this year.

The postmaster general encouraged voters to request ballots early and return them early but said he is confident that the Postal Service can handle any surge in traffic, which would amount to less than one day’s worth of volume.

DeJoy also said as much on Friday when he testified before the Senate Homeland Security and Governmental Affairs Committee.

Those were his first public remarks since agreeing to postpone a number of controversial changes to the way the agency would run, such as reducing employee overtime hours and eliminating hundreds of postal-sorting machines.

DeJoy acknowledged the problems caused by the initiatives but said he expects the Postal Service to work out the kinks and get through the backlogs and dips in service it has experienced.

“Transitions don’t always go smoothly; you need a recovery process … our recovery process should have been resolved in a few days. There are a lot of things that are impacting our service … we should have cleared it up quicker. We have to focus on it now and we’ll recover quite rapidly.”

The internal changes to the Postal Service have proven contentious to lawmakers on both sides of the aisle. Democrats accused DeJoy, an ally of President Trump and a Republican megadonor, of scheming to kneecap mail-in voting, which is expected to surge this year as a result of the coronavirus pandemic.

More broadly, Democrats charged that DeJoy has damaged a legendary, and widely popular, institution in American life. Critics repeated anecdotes about medicines not being delivered or trucks departing for deliveries empty or without their normal loads of mail.

DeJoy says he imposed a new schedule for truck deliveries that he hopes will result in efficiencies; Democrats said he had betrayed his office.

Oversight Committee Chairwoman Carolyn Maloney, D-N.Y., also complained about what she called a lack of responsiveness from the Postal Service following questions about DeJoy’s changes and their effect on the mail.

Some Republicans have also criticized the changes, which they say hurt constituents in rural parts of the country who rely on the Postal Service. Rep. Virginia Foxx, R-N.C. said she and her husband have personally “endured some very poor performance on the part of the Postal Service.”

But Republicans’ political position on Monday was to scoff at the notion that DeJoy is some kind of factotum for Trump who is hurting mail service in support of Trump’s years-long and unfounded claims about fraud in elections.

“This is a political stunt,” said ranking member Rep. James Comer, R-Ky. “I am disappointed by the hysterical frenzy whipped up by our colleagues and their friends in the media.”

He and other Republicans pointed to legislation passed on Saturday in the House to infuse $25 billion into the Postal Service.

The bill also would block the Postal Service from making any service or operations changes through at least January, and would require the agency to prioritize delivery of all election-related mail.

Though 26 House Republicans sided with Democrats to approve the legislation, the White House has threatened a veto, and the bill is not expected to advance through the Republican-controlled Senate.

Moreover, as Comer observed, action on the bill took place before the hearing convened on Monday — House Speaker Nancy Pelosi, D-Calif., and the majority had acted ahead of their own ostensible fact-finding process for the sake of headlines, he said, as opposed to truly wishing to govern.

“Meaningful reform is going to take bipartisanship — something we have seen precious little of in the past few days,” Comer said.

The chairwoman rejected the idea that now is the time for a wholesale restructuring of the Postal Service. That can only come after the ongoing emergency, she argued.

“After the pandemic we can revisit and have other statements and work can go forward — but let’s not dismantle these services to the American people; veterans and seniors deserve to get their mail in a timely way,” Maloney said.

Trump, meanwhile, has complained about Democrats’ proposals to boost funding for the the Postal Service to support additional mail-in voting, claiming, without evidence, that mail-in voting is more susceptible to fraud.

Trump himself cast a mail ballot in Florida last week.