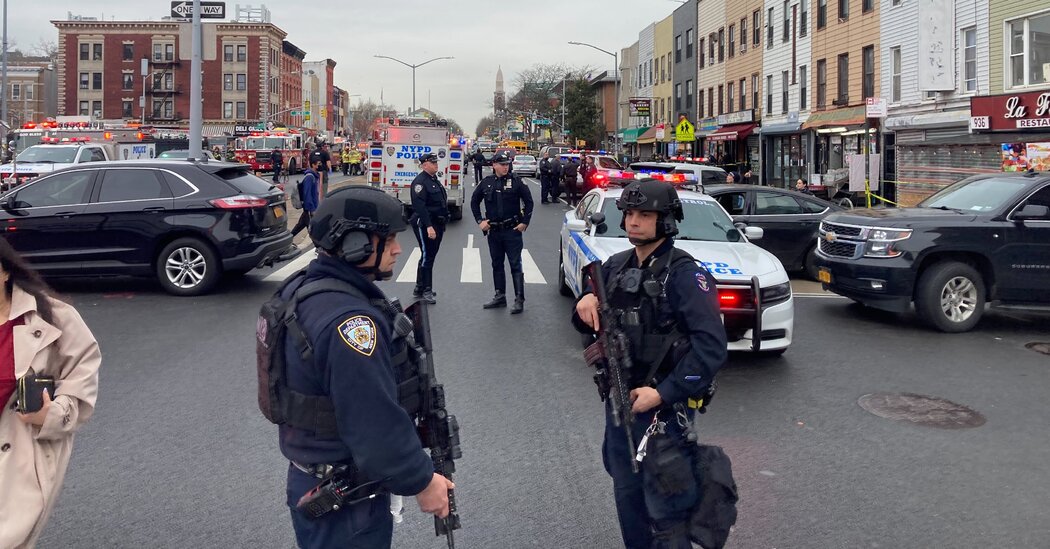 Multiple people were shot on the platform of a Brooklyn subway station during the Tuesday morning rush, officials said, a violent episode that heightened simmering fears about public safety as New York City struggles to recover from the pandemic.

The Fire Department said that 13 people were injured, several by gunfire. A department spokesman did not provide further details on the victims’ injuries and conditions.

The police were seeking a man with a gas mask and an orange construction vest, a law enforcement official said.

Police officers were called to the 36th Street subway station, where the D, N and R lines pass through the Sunset Park neighborhood, around 8:30 a.m., a Police Department spokeswoman said. They had also received reports of smoke inside the station.

Transit officials said that trains on the D, N and R lines would be delayed because of an investigation. The Metropolitan Transportation Authority, which operates the city’s subway, said no additional details were immediately available.

Shootings in New York City have risen this year, and the uptick in violent gun crime has been a central focus of Mayor Eric Adams since he took office in January.

Through April 3, shooting incidents rose from 260 to 296 compared with the same period last year, according to Police Department statistics.

This is a developing story and will be updated.