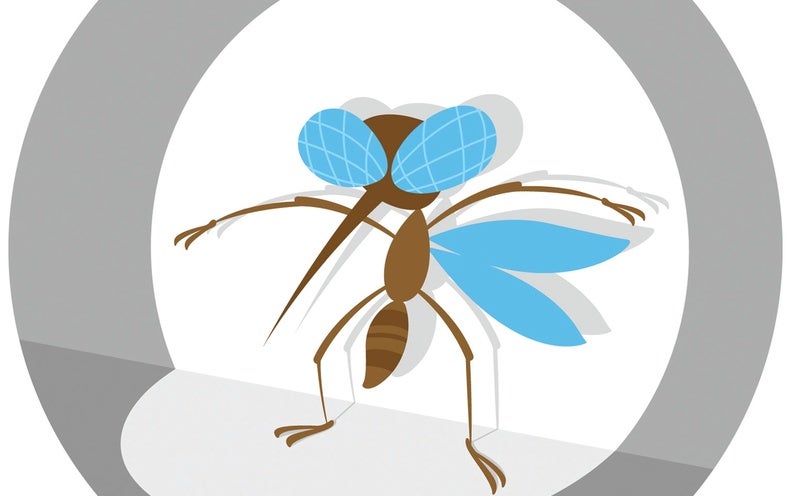 During a 2016 solar eclipse, a team led by researchers at Sweden’s Lund University projected a beam of infrared laser light into the darkened Tanzanian sky to measure how insects responded to the unusual twilight. Afterward, the group continued monitoring for another five nights and four days. The laser-based system used, known as lidar, detected more than 300,000 insects during this time.

Many of these bugs were the world’s deadliest: the mosquito, one genus of which can carry the parasite that causes half a million malaria deaths every year. During the mosquitoes’ morning and evening “rush hour,” the researchers measured high numbers of the insects taking flight at nearly the exact same times each day. The eclipse, they found, also summoned a large cloud of mosquitoes. The result suggests that in nature, light levels, rather than circadian rhythms, dictate mosquitoes’ activity. Crucially, the study, published in May in Science Advances, also illustrates lidar’s potential to assess malaria risk and prevention measures—and to help collect entomological data.

The study marks “the first time that you can classify multiple different types of insects over the field in their natural settings,” says lead author and Lund physicist Mikkel Brydegaard.

The study tested an entomological lidar type Brydegaard invented, which is used around the world. In his system, each insect flying through a lidar beam reflects light back into a telescope. The light, called backscatter, can be analyzed to find the frequency of wingbeats, which lets researchers determine the numbers and species of insects passing through. The team was able to identify mosquitoes, moths, flies and midges—and could even differentiate between male and female mosquitoes.

Scientists fighting malaria often use physical traps to catch mosquitoes at various life stages, then analyze them and their genes in a laboratory. But this method is time-consuming and expensive, and it does not let scientists assess populations over time or evaluate the efficacy of spraying or other control measures in the field.

“With this type of lidar, they’re demonstrating with the eclipse and in general that you can actually track the population with much higher accuracy,” says New Jersey Institute of Technology physicist Benjamin Thomas, who was not involved in the study but is among a growing number of entomology researchers experimenting with lidar. “You can observe thousands and thousands of insects, finally opening the door to us being able to monitor those populations.”

The scientists say lidar installations could raise malaria risk alerts, as a weather station can warn of impending storms. And tracking mosquitoes is just one application of the technology; it could also be used to detect pollinator diversity and monitor pests on farms or in protected areas, Brydegaard says.

AstraZeneca and Oxford Say Vaccine Is Up to 90 Percent Effective

Do You Have a Conflict of Interest? This Robotic Assistant May Find It First