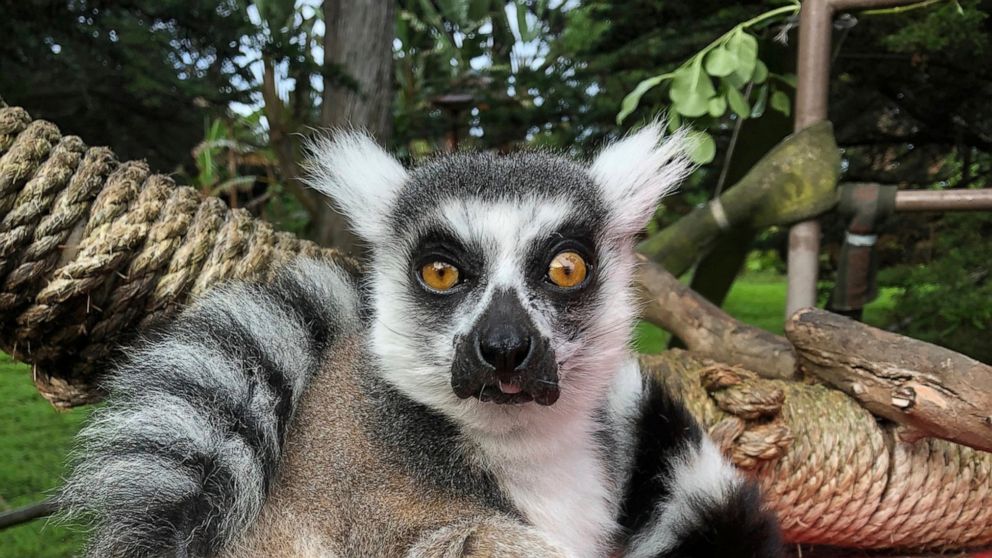 The 21-year-old male lemur named Maki was discovered missing shortly before the zoo opened to visitors.

Investigators found evidence of a forced entry to the lemur enclosure and processed the scene for evidence. They’re seeking tips from the public, explaining that Maki is an endangered animal that requires specialized care. A photo of a ring-tailed lemur was being circulated.

Maki was born at the zoo in 1999 and has an offspring in the enclosure, zoo spokeswoman Nancy Chan said.

The outdoor lemur habitat, considered the largest of its kind in the country, houses seven different lemur species native to Madagascar, according to the zoo’s website.

“Guests can see the lemurs from several vantage points: from across a surrounding pond, looking eye to eye at lemurs in the trees or gazing down below from an elevated boardwalk,” the website says.