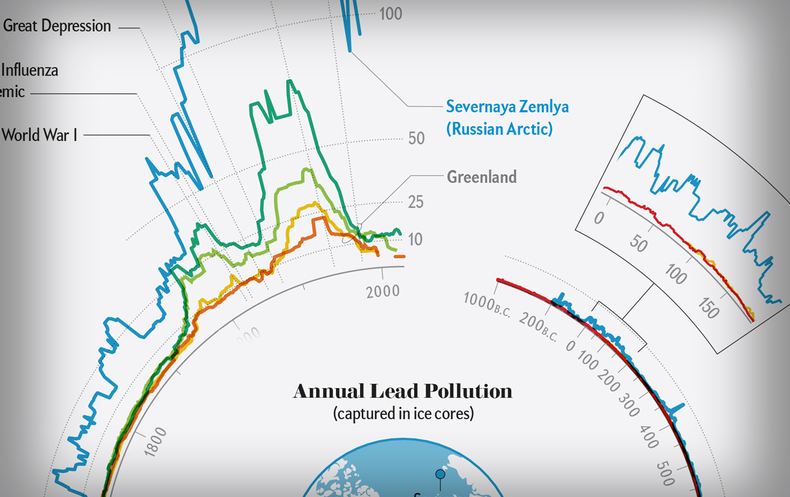 Ice cores from Greenland and the Russian Arctic show an ever changing amount of airborne lead pollution that has wafted northward from Europe, Asia and North America each year. Lead levels tracked monumental events in human history, including Phoenicia’s expansion in 1,000 B.C., the Roman Empire’s rise, terrible plagues and the industrial revolution. From antiquity to the 1800s, emissions came primarily from smelting silver-bearing lead. For example, the Romans wanted silver, so lead “was released to the atmosphere as waste,” says Joe McConnell of the Desert Research Institute in Nevada, who led two studies of the data. Burning coal and smelting for leaded gasoline and paint from the 1940s through the 1970s boosted levels far beyond any in history, until regulations such as the U.S. Clean Air Act cut emissions. The COVID-19 pandemic may not leave much of a mark, because many economies are largely deleaded.

Daydreaming Can Be Good for You