Lawmakers react to the news of Ruth Bader Ginsburg’s death. 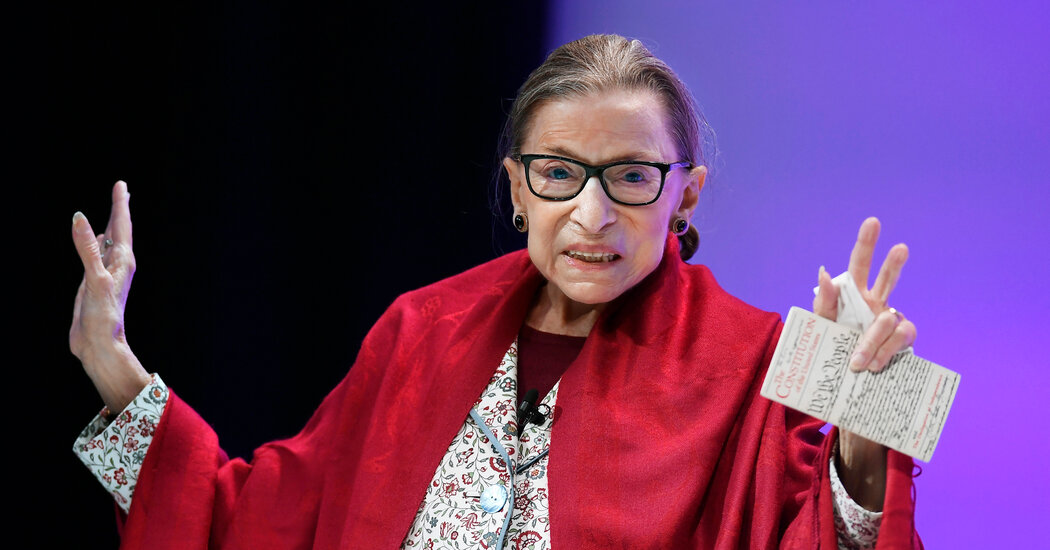 Shortly after the news of the death of Supreme Court Justice Ruth Bader Ginsburg, lawmakers on both sides of the aisle praised the trailblazing jurist who died Friday at the age of 87.

Her death could inflame partisan polarization even more as both parties campaign for the presidency — and for the power to appoint justices to the country’s highest court.

“The American people should have a voice in the selection of their next Supreme Court Justice,” Senator Chuck Schumer of New York said on Twitter. “Therefore, this vacancy should not be filled until we have a new president.”

He was echoing, verbatim, language used by Sen. Mitch McConnell of Kentucky to justify a refusal to confirm President Obama’s nomination to the Supreme Court following the death of Justice Antonin Scalia in 2016.

In an interview earlier this month, Senator Susan Collins of Maine, the Republican lawmaker who cast a crucial vote confirming Justice Brett M. Kavanaugh, indicated she would be uneasy about seating another justice in October. “I think that’s too close, I really do,” said Ms. Collins.

Senator Lisa Murkowski, a Republican from Alaska who voted against Mr. Kavanaugh’s confirmation, told reporters earlier Friday — before the news of Justice Ginsburg’s death was announced — that she would not vote to fill a Supreme Court vacancy before the election. “Fair is fair,” she said.

It takes a majority in the Senate, 51 votes, to confirm a nominee to the Supreme Court.