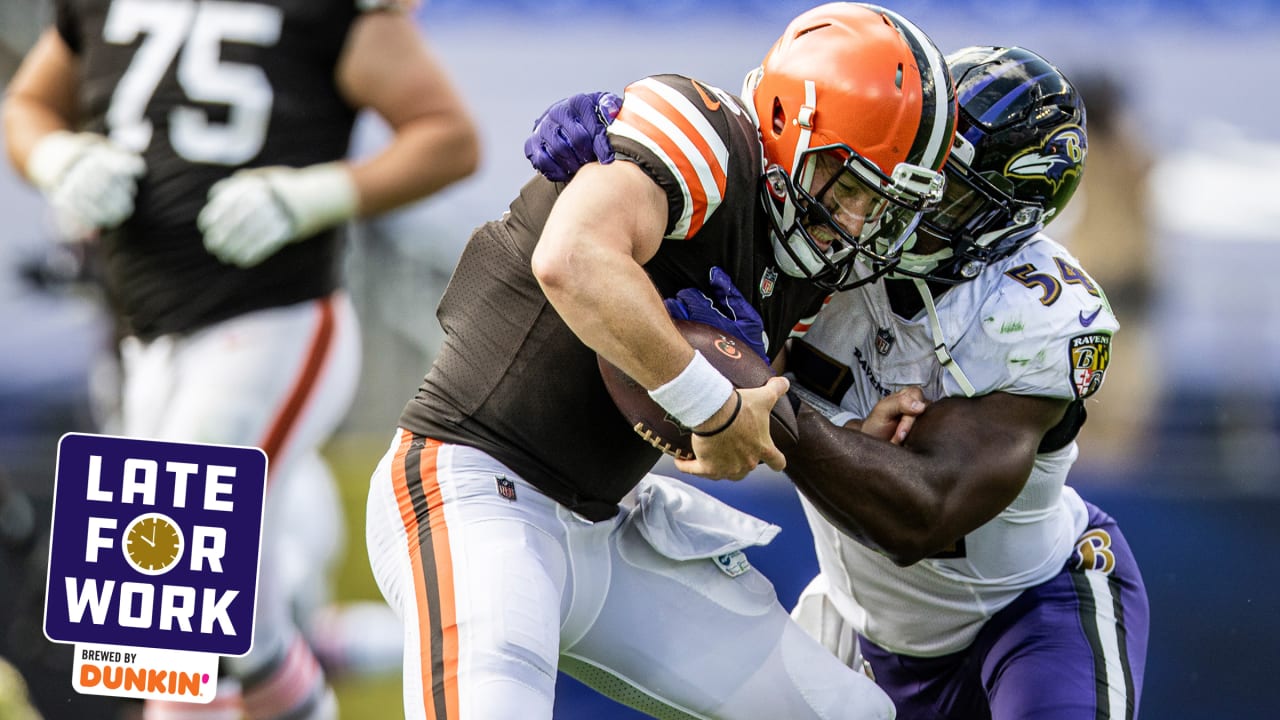 The Cases for and Against Signing a Veteran Wide Receiver

To sign or not to sign a free-agent wide receiver, that is the question for the Ravens ever since Marquise Brown was traded in April.

Baltimore Beatdown’s Joshua Reed and Russell Street Report’s Tony Lombardi weighed in on the debate. Reed believes the Ravens should bring in a proven veteran receiver, naming Emmanuel Sanders, Will Fuller V, DeSan Jackson, T.Y. Hilton and John Ross III as prime candidates, while Lombardi thinks the team should give their young receivers an opportunity to prove themselves.

“There’s plenty of faith in 2021 first-rounder Rashod Bateman and the other in-house options, all of which are on rookie contracts. However, the position group could benefit from a veteran presence that can produce and lead by example, on and off the field,” Reed wrote. “The offense could also use a proven deep threat that can stretch the field. Someone who opposing defenses respect enough to open up space at the intermediate level for All-Pro tight end Mark Andrews and others to make plays.”

Perhaps the most compelling name on Reed’s list — which excluded multi-time Pro Bowlers Julio Jones and Odell Beckham Jr. — is Ross, who was drafted ninth overall by the Cincinnati Bengals in 2017.

Ross is far less accomplished than the other four players Reed mentioned, but he’s the youngest.

“The former Top-10 pick has yet to live up to expectations but still possesses blazing speed that could prove useful and inexpensive,” Reed wrote. “He averaged over 20 yards per reception in 2021 with the New York Giants and 14.4 prior to that during his four-year stint with the Cincinnati Bengals. Ross has never topped more than 28 catches or 506 receiving yards in a single season. At 26 years old, though, he’s still young and could find a role for himself in an offense that needs a vertical field-stretcher — like the Ravens.”

Lombardi said the Ravens need to learn from the lesson of signing Sammy Watkins last year and “let these young receivers show us what they say they are made of.”

“Last season the Ravens brought in Sammy Watkins who did little other than take snaps away from young receivers who could have matched Sammy’s limited productivity while gaining valuable regular season experience,” Lombardi wrote. “Why repeat that with players like Fuller or Hilton or Sanders — assuming of course any would agree to come to Baltimore?

“It’s time to change the approach at wide receiver. It’s time to let the draft capital invested in the position play out.”