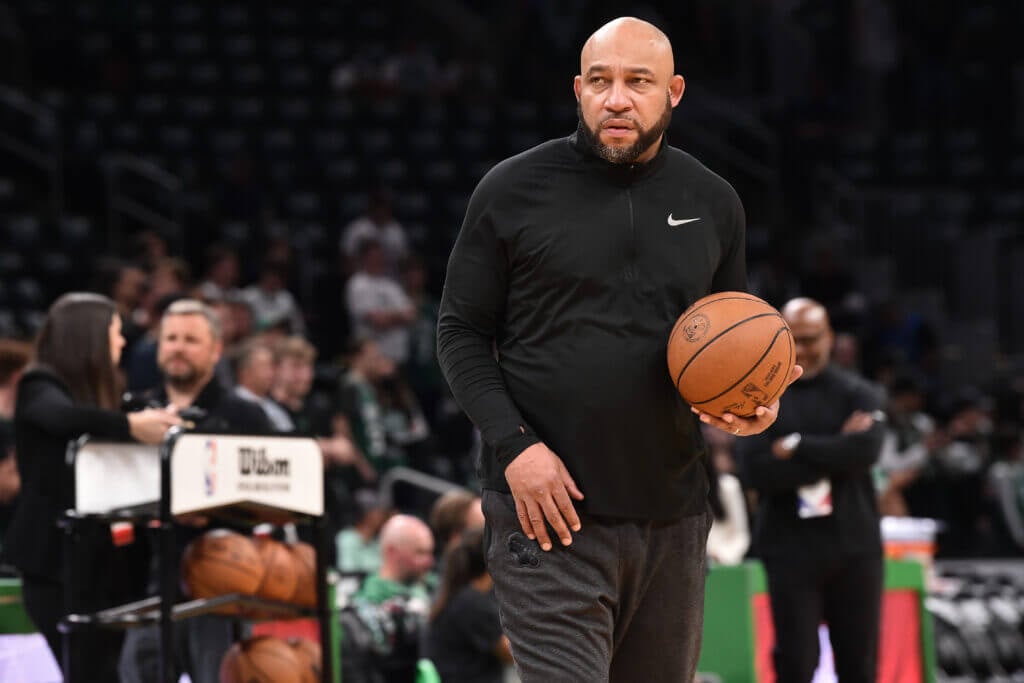 After a month-and-a-half-long search, the Lakers hired their next head coach, Darvin Ham, on Friday afternoon, multiple sources confirmed to The Athletic.

Ham, 48, checked nearly every box for the Lakers during their coaching search: he has ties to the franchise, he has a championship pedigree, he’s coached several big stars (most notably Kobe Bryant and Giannis Antetokounmpo), he’s a former player, he has a strong, commanding personality, he’s beloved by players and he’s a respected tactician from the revered Popovich/Budenholzer coaching tree.

In an otherwise lackluster coaching market, Ham fits the profile of a first-year head coach with the upside to be successful from Day 1.

Ham seemed like an obvious choice for the Lakers vacancy after vice president of basketball operations and general manager Rob Pelinka said the team was seeking a candidate with gravitas and high-level communication skills after firing former head coach Frank Vogel on April 11.

Ham is known as a charismatic communicator who holds players accountable and sets strong boundaries. Though his expertise is player development — a skill that could certainly help the capped-out Lakers’ internal improvement — he’s a defensive-minded tactician who played a notable role in developing the Bucks’ championship defensive scheme.

Ham agreed to a four-year deal with the Lakers, according to sources. He’s been an assistant coach for 11 seasons, getting his start with Mike Brown’s Lakers in 2011, before spending the past nine years in Atlanta and Milwaukee as the lead assistant under Mike Budenholzer. Ham is a two-time champion, winning as both a player (with the Detroit Pistons in 2003-04) and as an assistant coach (with the Milwaukee Bucks in 2020-21).

Three years after botching their last coaching search, the Lakers hired the best available candidate. Ham ranked second in The Athletic’s coaching rankings — the top option on the market (No. 1 was Utah Jazz head coach Quin Snyder, who was linked to the Lakers but never officially available).

The only reason the Ham hire comes as a mild surprise is the Lakers’ history. They have traditionally favored flashy coaching names: Phil Jackson, Rudy Tomjanovich, Mike D’Antoni and Tyronn Lue (the leading candidate before they hired Vogel).

But without a clear-cut candidate of that ilk, they had two options: hire a retread or give an assistant coach an opportunity.

The Lakers decided to step outside of their comfort zone and hire a first-year head coach with considerable potential (the Lakers’ last first-year head coach, Luke Walton, played nine seasons in Los Angeles and had much stronger ties to the organization). Ham has a chance to stabilize the Lakers’ coaching position after a decade of unrest since the departure of Jackson.

Ham impressed the Lakers, beating out more experienced candidates, Terry Stotts and Kenny Atkinson. The Lakers decided on Ham after interviewing Stotts on Tuesday and Ham on Thursday, according to sources. Ham is the 28th Lakers coach in the franchise’s history and the sixth in the past 11 years.

It’s unknown how the Lakers’ handling of Vogel — low-balling him initially on both years and money, offering him a one-year extension after winning a championship, having the report of him being fired leak at the buzzer of the final regular-season game — affected the leaguewide interest from coaches already under contract, such as Nick Nurse, Quin Snyder and Doc Rivers. It feels like those names would’ve pursued the Lakers’ job harder in years past and/or had the circumstances been different.

The only real knock against him is that he has no head coaching experience. He’s been a runner-up for multiple head coaching positions in recent years and was strongly considered for the Charlotte Hornets vacancy. It was only a matter of time before he was given a chance.

Ham follows in the footsteps of recent head coaches who cut their teeth in the G League: Nurse, Snyder, Taylor Jenkins and Chris Finch. All four coaches were quickly successful at the NBA level.

The difference between Ham and those four names, however, is the Saginaw, Mich., native played eight NBA seasons from 1996 to 2005 as a hardnosed role player with Denver, Indiana, Washington, Milwaukee, Atlanta and Detroit. That gives him immediate cachet with players.

As Ime Udoka and Willie Green showed this season, and Steve Kerr, Tyronn Lue and Nurse showed in recent years, first-year head coaches can step in and make a significant impact (and in the case of the latter three, win championships as coaching rookies).

Ham and the Lakers will assemble a staff with head coaching experience, according to ESPN. Vogel’s assistant coaching staff ran the team’s pre-draft workouts, but it’s unclear how many — if any — of them will remain on Ham’s staff.

Following the Lakers’ disastrous 33-49 season, in which they finished 11th in the West and missed the Play-In Tournament, Ham is entrusted with making the Lakers contenders again. It’s undoubtedly a tall task: LeBron James will turn 38 in December, Anthony Davis has suffered multiple serious injuries over the past two seasons, Westbrook is an awful fit alongside his two star teammates, to put things kindly, and the Lakers don’t have many tools to rebuild their shallow roster.

Westbrook’s future in Los Angeles remains unclear. There’s a growing possibility he’s back since the Lakers don’t want to attach a first-round pick to move him, and some within the organization believe a new coach could better maximize the fit with Westbrook, James and Davis. Ham had to sell the Lakers on how he would use the 14-year star point guard next season if the Lakers retain him.

Ham, who had become the favorite among Laker fans in recent weeks, earned important support from multiple Lakers figures, including tweets from James (who was a Ham supporter), Lakers legend and former president of basketball operations Magic Johnson (who advised in the process) and soon-to-be free agent wing Kent Bazemore.

I’m excited that the Lakers just hired Darvin Ham as the coach. Congratulations!!https://t.co/oPQ4QiQ1ZX

Johnson, who has been advising governor Jeanie Buss and the front office during their coaching search, told The Athletic on Monday he wanted a former player to be hired as the Lakers’ next coach.

“Probably besides Erik Spoelstra, all the other three that’s in the final four are ex-players,” Johnson said. “So I think that says a lot about these young ex-players who command respect right away, who have done it before. I’m not saying it has to be an ex-player, but I’m saying you have to look at what’s going on.

“But the most important thing to me is accountability. They must hold everybody, one through 15, accountable. And we got away from accountability. Guys never talked about that this season. It was always somebody else’s fault. I hated that. Never, ‘Hey, I played bad. Hey, It’s on me.’ So whether it’s an ex-player or not, but the trend is ex-players. But if not, I want a coach that’s going to hold everybody accountable. And, so, that’s what I would like to see.”

The Lakers’ next order of business is figuring out what to do with Westbrook, preparing for the June 23 NBA Draft, for which they will try to buy a second-round pick, and then the start of free agency on June 30.

But the most important part of the Lakers’ offseason is officially settled. Ham is a departure from their typical coaching hires, with the potential to thread the delicate needle between the Lakers’ present and the future. Their critical summer is off to an impressive start.