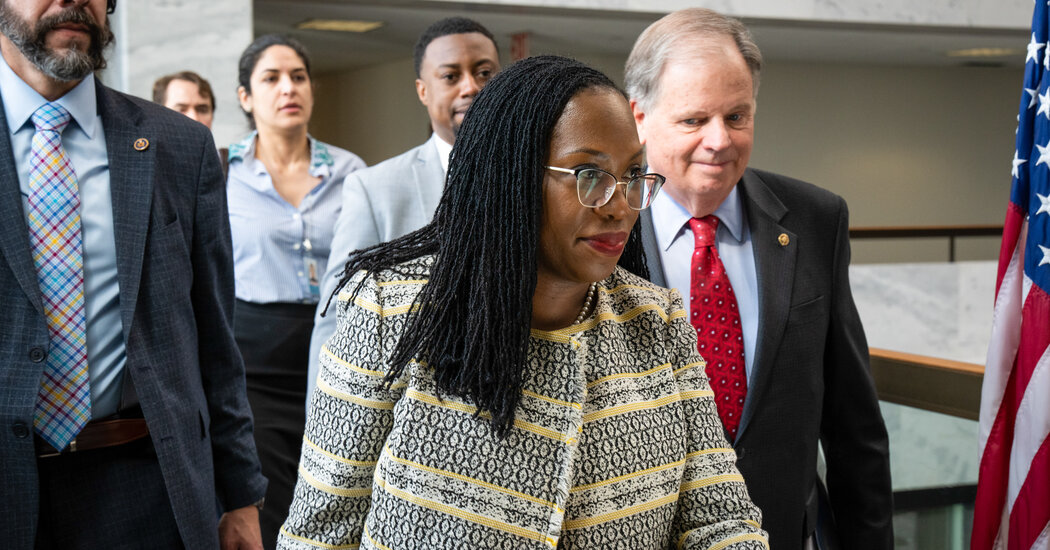 About the scope of presidential power: “I’m unfortunately not going to be able to engage in a hypothetical discussion.”

Like other nominees, Judge Jackson described the job of judging as mechanical. She considers, she said, “three inputs” — the parties’ arguments, the facts in the record and the applicable law. She added that she did not follow any particular judicial philosophy.

“Not really a philosophy, more of a methodology,” she said. “It is the idea that it is only appropriate for the judge to take into account the arguments of the parties, the facts in the case and the law that applies in every case.”

“I’m not injecting my personal views,” she added. “I’m looking at those three things.”

But she twice quoted a famous aphorism by Oliver Wendell Holmes Jr. from his 1881 book “The Common Law,” written two decades before he joined the Supreme Court. “The life of the law has not been logic: It has been experience,” Holmes wrote. Judge Jackson cited the statement, it seemed, to suggest that judges of diverse backgrounds bring something valuable if indefinable to their courts.

But Holmes meant something more pointed.

Holmes’s statement is “often quoted but rarely understood,” Frederick Schauer wrote in The Harvard Law Review in 2017. It was, Professor Schauer wrote, part of a critique of two aspects of the sort of formalism Judge Jackson seemed to have embraced.

“One was the idea that legal decision making involved mechanical deduction from existing legal premises,” Professor Schauer wrote. “And the other was that the domain of law was limited to a collection of more or less conventional legal sources — statutes, reported cases, constitutional text, ordinances, codified administrative regulations and perhaps some especially authoritative treatises.”