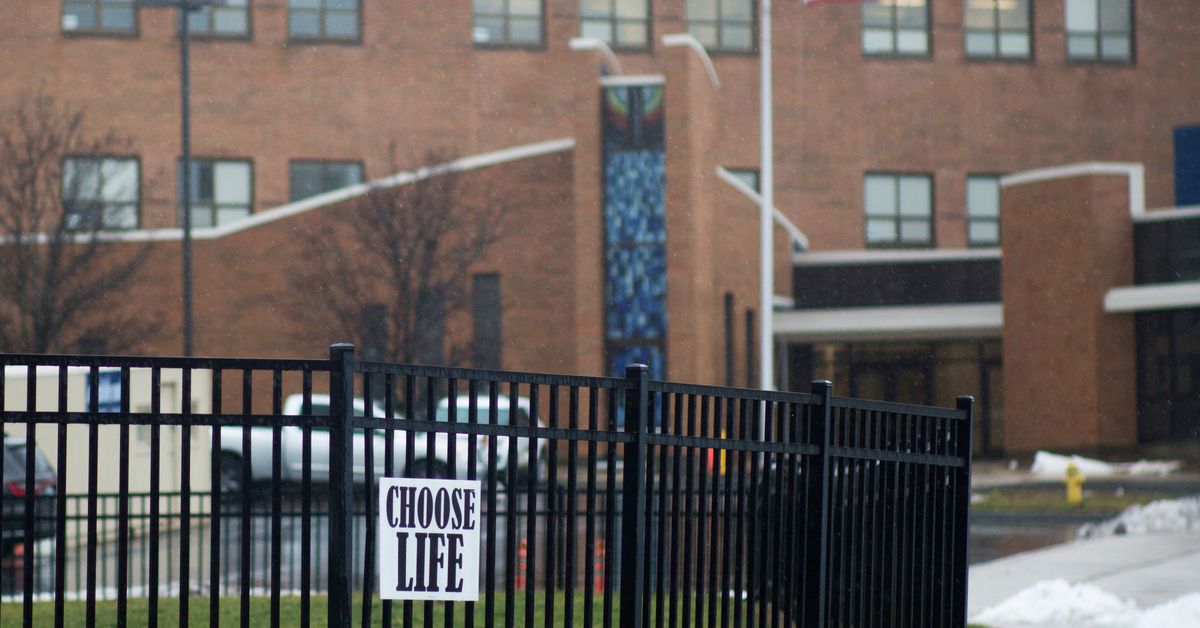 April 13 (Reuters) – Kentucky effectively suspended legal abortion access on Wednesday as the legislature enacted a sweeping anti-abortion law that took effect right away and forces providers to stop offering abortions until they can meet certain requirements.

The impact of the law makes Kentucky the first U.S. state without legal abortion access since the 1973 Supreme Court case Roe v. Wade established the right to end a pregnancy before the fetus is viable, abortion providers say.

Abortion rights advocacy groups have said they will challenge the bill in court.

The law imposes requirements that the state’s clinics say make it too logistically difficult and expensive to operate, including a provision requiring that fetal remains be cremated or interred.

It calls for a combination birth-death or stillbirth certificate to be issued for each abortion, and it bans abortions after 15 weeks of pregnancy.

Kentucky Governor Andy Beshear, a Democrat, vetoed the bill on Friday, but the Republican-majority House and Senate overrode his veto on Wednesday evening.

In his veto letter, Beshear expressed concern that the bill did not include exceptions for abortions in cases of rape or incest and said it was “likely unconstitutional” because of the requirements it imposed on providers.

“Rape and incest are violent crimes. Victims of these crimes should have options,” Beshear wrote.

The legislature overrode several other of Beshear’s vetoes on Wednesday, including a bill banning trans girls from playing girls’ sports.

The first is a requirement that the state Board of Pharmacy certify providers who dispense abortion pills. Until abortion providers are certified, they are prevented from offering medication abortions.

The second is a requirement that fetal remains be cremated or interred, which places logistical and cost burdens on the clinics that they cannot sustain.

The bill also bans telehealth for medication abortions, requiring an in-person doctor visit for patients seeking to end their pregnancy by pill.

Republican-led states have been quickly passing ever-stricter abortion bans this year with the anticipation that an impending U.S. Supreme Court decision could help the bans withstand legal challenges. On Tuesday, Oklahoma’s governor signed a near-total abortion ban that is due to take effect in August.

The Supreme Court is expected to rule by the end of June on a case involving a Republican-backed Mississippi law that gives its conservative majority a chance to undermine or even repeal the landmark 1973 Roe v. Wade ruling that legalized abortion nationwide.

During arguments in the case, the conservative justices signaled a willingness to dramatically curtail abortion rights in the United States.