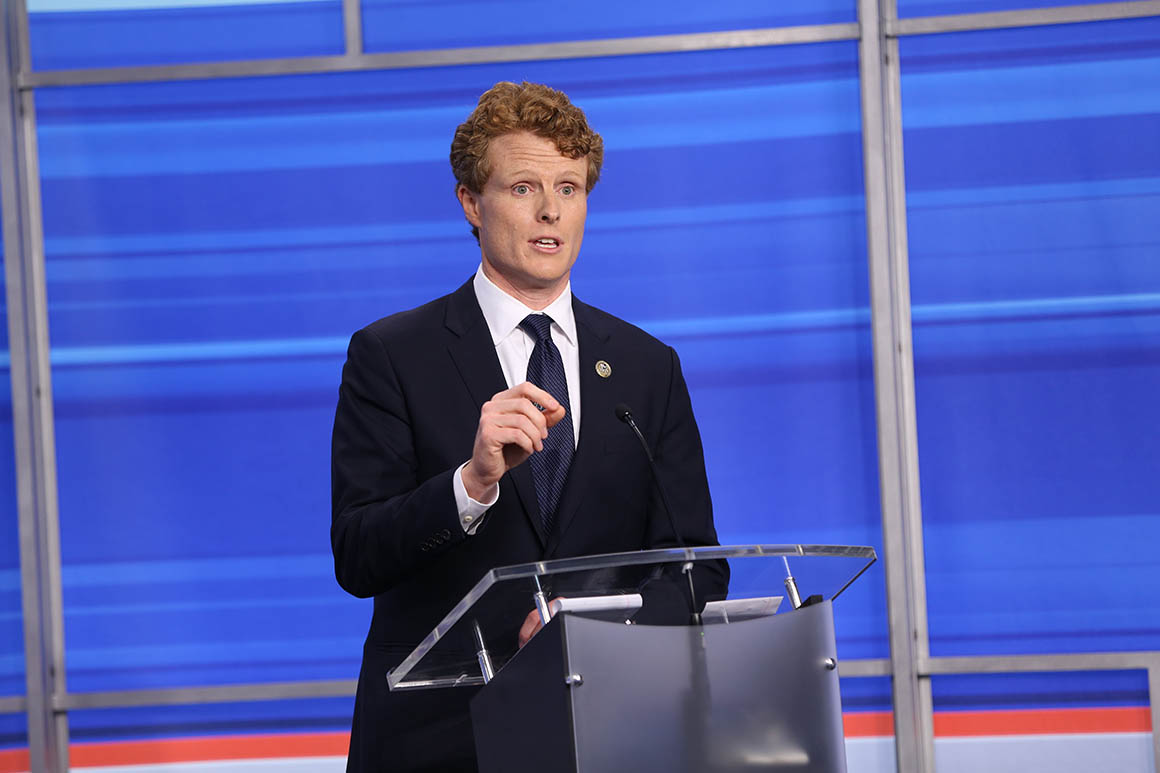 But Kennedy spent $2.4 million of that campaign cash on television ads in the spring. Ceding his cash advantage — in January, Kennedy had $5.5 stashed million in the bank, compared to $1.4 million now — is a move many of his supporters now view as a mistake.

Recognizing his deficit, Kennedy is scrambling. He criss-crossed the state on a 27-hour campaign day last week and has sharpened his criticism of his rival. In addition to whacking Markey for the behavior of his “toxic” online supporters, Kennedy has accused the senator of misrepresenting his legislative record for political gain, criticized his work on racial justice and pointed out times he failed to get results for his constituents.

Kennedy’s campaign believes Markey has an advantage among voters who have already cast ballots by mail — namely white, well-educated voters in the suburbs — but that high turnout on voting day would lend itself to Kennedy.

“Don’t count him out. We’re feeling good,” Kaufman said. “We see a lot of gas in our tank still. [Markey’s] votes are mostly in. We have the opportunity, and now responsibility, to get our people out.”

The congressman’s focus in the final days of the race will be to turn out a diverse coalition of voters who will vote in person in cities like Lowell, Springfield and Worcester, among others.

Kennedy has also called in the cavalry — House colleagues are pulling out all the stops for him. House Speaker Nancy Pelosi made an unexpected endorsement of Kennedy, and days later drew almost 600 of his supporters for a get-out-the-vote rally on Zoom. Texas Rep. Al Green and New York Rep. Adriano Espaillat traveled to Massachusetts to hit the campaign trail with Kennedy this week, hoping to spark turnout among voters of color.

Pelosi also provided a financial bump for the congressman. Kennedy raised $100,000 within a day of Pelosi’s endorsement, according to his campaign. But Markey, who’s assembled a potent small-dollar fundraising operation, says he raised four times that amount — $400,000 — in the 24 hours after Pelosi weighed in, much of it from progressives frustrated with Pelosi’s decision to intervene.

While Kennedy shied away from discussing his famous political family for most of the campaign, the family is now out in force. Vicki Kennedy, the widow of the late Sen. Ted Kennedy, is campaigning for her great nephew over the weekend. Kennedy’s grandmother Ethel Kennedy, the widow of former Sen. Bobby Kennedy, recently cut a video in support of her grandson.

“I hope with all my heart you’ll vote for Joe. I’m so proud of him,” Ethel Kennedy says in the video. “He reminds me of Bobby and Jack and Teddy … He’s so very special.”

A pro-Kennedy super PAC is also leaning into the Kennedy nostalgia, sending campaign mail and airing television ads that feature famed members of the Kennedy family.

“For Joe Kennedy, this fight is in his blood,” reads a piece of campaign mail that features side-by-side photos of Kennedy and his late grandfather, Robert Kennedy.

The New Leadership PAC, organized in part by Kennedy’s twin brother and other family members, has spent over $4 million in support of the congressman, and it is airing attack ads against Markey. United for Massachusetts, a pro-Markey super PAC, is not far behind, dumping $3.3 million into the race on Markey’s behalf.

Part of the reason Kennedy now finds himself as the underdog, some supporters concede, is that he never articulated a reason for challenging the incumbent or told his personal story. Polls show Kennedy — who was once considered the favorite — has not lost support over the course of his campaign so much as Markey has gradually gained it.

Kennedy has now pivoted to a closing message that focuses on inequality, citing people he met on the campaign trail who are facing challenges, such as an undocumented mother and a struggling restaurant owner.

“Here is my message to those who have tried to make this Senate race about ideology. This race is not about that, it’s about them,” he said in a speech in East Boston on Friday.

“Not one person in those cities, not one, has asked me why I’m running for Senate,” Kennedy said. “The only thing they ask is what can you do to make this better? And when I need you, will you be there?”