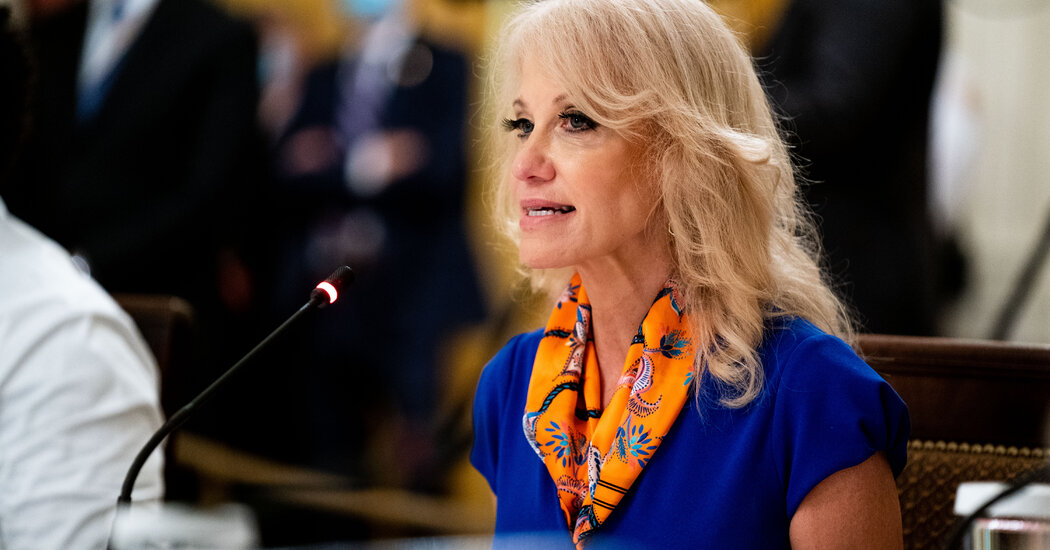 Kellyanne Conway, President Trump’s counselor and one of his longest-serving aides, said on Sunday night that she planned to leave the White House next week.

In a statement posted on Twitter, Ms. Conway said she was stepping away from a demanding job to spend more time with her four teenage children. “This is completely my choice and my voice,” she said. “In time, I will announce future plans. For now, and for my beloved children, it will be less drama, more mama.”

Ms. Conway is still set to speak at the Republican convention on Wednesday.

Since the 2016 campaign, when she served as Mr. Trump’s final campaign manager, Ms. Conway has been one of the president’s most visible defenders, winning his admiration for animated sparring sessions with cable news hosts — and earning criticism and derision from the president’s detractors.