Kayakers save pair of eagles drowning in Danube river 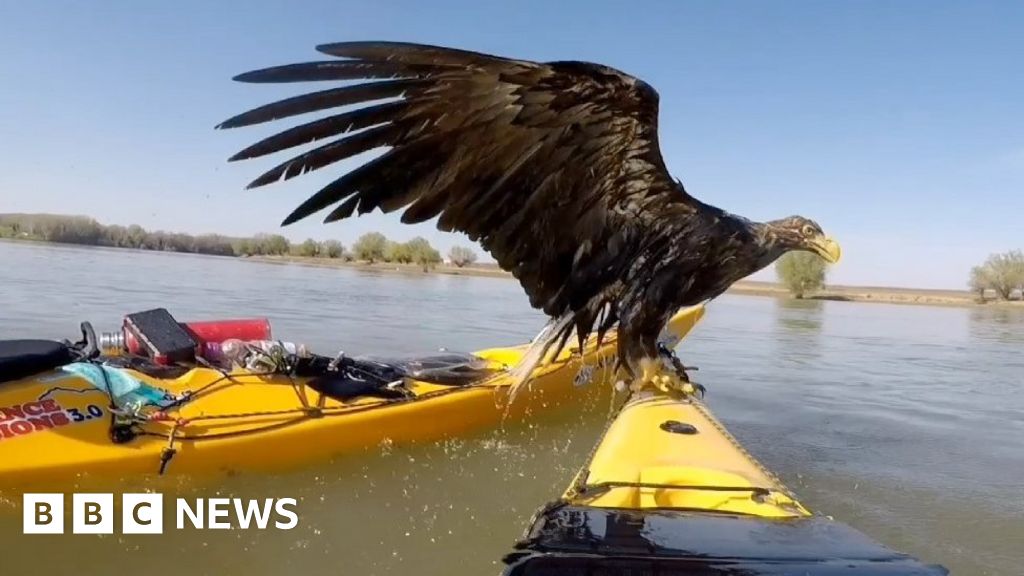 A Hungarian couple came across two rare white-tailed eagles, at risk of drowning, while taking part in a challenge to raise awareness of Danube river pollution. The birds were clasped together, likely after a fight.

Klaudia Kis and Richard Varga took it upon themselves to rescue the pair before continuing on their journey, travelling from the Black Sea near Romania to the Black Forest in Germany.

It’s a journey that will take them three months, which is also how long they knew each other for before embarking on this project.

Filmed and edited by Gergo Somogyvari

With additional producing from Phoebe Frieze