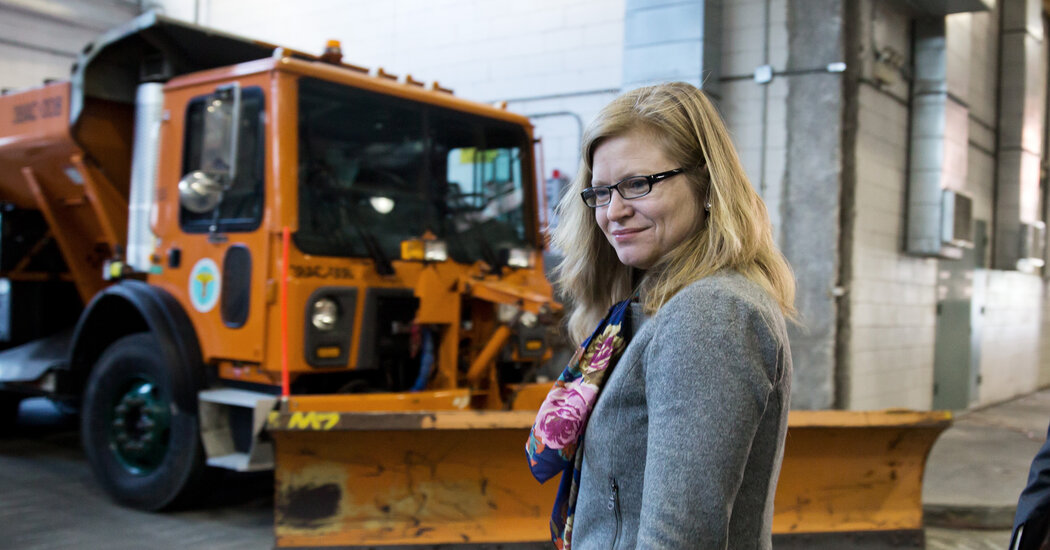 The nation’s attention may be focused on the November elections, but in New York City, the race to succeed Mayor Bill de Blasio next year is already getting crowded.

Kathryn Garcia, one of Mr. de Blasio’s most trusted cabinet members, resigned on Tuesday from her post as sanitation commissioner in anticipation of a potential run in next June’s Democratic primary.

If Ms. Garcia formally enters the race, she will be the third veteran of Mr. de Blasio’s administration — all of them women — to run for the job or consider doing so. Mr. de Blasio’s former top counsel, Maya Wiley, resigned from her position at MSNBC to prepare a mayoral run. Loree K. Sutton, who ran New York City’s Department of Veterans’ Services under Mr. de Blasio, announced her candidacy last year.

Before coronavirus descended on New York City, the field was thought to have been dominated by three men: Scott Stringer, the city comptroller; Eric Adams, the Brooklyn borough president; and Corey Johnson, the speaker of the New York City Council. Mr. Stringer has scheduled a news conference Tuesday morning to “make a major announcement at Inwood Hill Park in Upper Manhattan, near his childhood home.”

But the effects of Covid-19 — economic devastation, widespread unemployment and the pandemic-related deaths of nearly 24,000 New Yorkers — have opened the field.

It is not at all clear that being associated with Mr. de Blasio, one of the city’s less popular recent mayors, will boost a candidate’s chances. (Mr. de Blasio’s tenure is ending because New York City limits mayors to two terms.) But Ms. Garcia, 50, earned a reputation in City Hall for being the mayor’s go-to problem solver.

When the head of the New York City Housing Authority left office, Ms. Garcia was named to temporarily manage that agency. After the coronavirus sparked widespread food insecurity, Mr. de Blasio tapped Ms. Garcia to set up an emergency initiative to distribute millions of free meals. But to most voters, Ms. Garcia is a relative unknown.