Kari Lake: Cheney comments may be ‘best gift I have ever received’ – The Hill 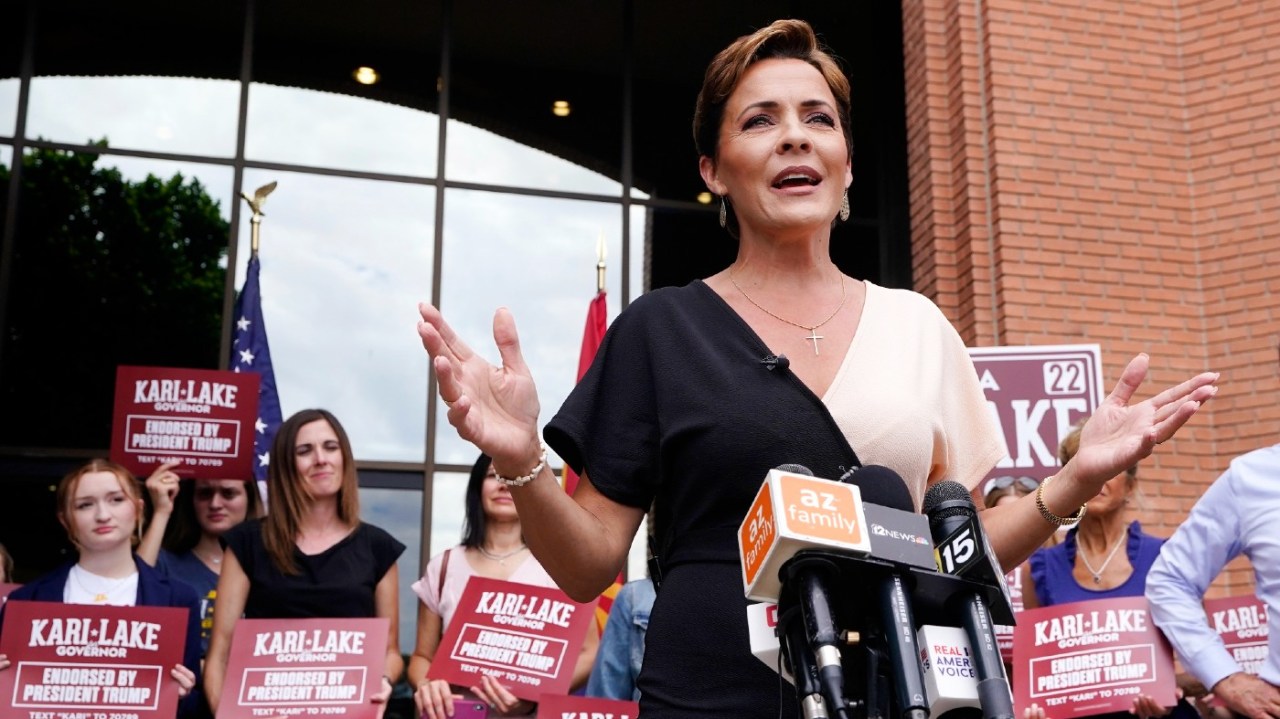 Republican gubernatorial candidate Kari Lake on Sunday said her campaign welcomed Rep. Liz Cheney (R-Wyo.) promising to do everything she could to ensure Lake does not win in November.

Lake told Fox News’ “Sunday Morning Futures” host Maria Bartiromo that “the people of Wyoming can’t stand” Cheney and she was sure “the people of Arizona don’t like Liz Cheney” either.

“Liz Cheney probably should change her voter registration. Turns out she really is a Democrat after all,” the GOP candidate added.

Cheney, who recently lost her primary battle against a Trump-endorsed challenger, said Saturday she would do everything in her power to ensure Lake does beat Democratic opponent Katie Hobbs.

“In this election you have to vote for the person who actually believes in democracy,” she said at the 2022 Texas Tribune festival. “If we elect election deniers, if we elect people who said that they’re not going to certify results or who are going to try to steal elections, then we really are putting the Republic at risk.”

Cheney is vice chair of the House committee investigating the Jan. 6, 2021, riot at the U.S. Capitol and is one of the GOP’s fiercest critics of Trump. She was booted from a House leadership position last year after voicing her opposition to Trump’s false claims about the 2020 election.

Lake is among Trump-backed candidates across the country who are pushing those false claims, even accusing Democrats of conspiring to cheat in the upcoming midterm elections.

Hobbs has refused to debate the GOP candidate, calling Lake a conspiracy theorist.

On Sunday, Lake accused Hobbs of employing an “old basement Biden play” in avoiding her on the debate stage, referring to Biden’s 2020 presidential campaign amid the COVID-19 pandemic.

Hobbs is leading Lake 49 percent to 48 percent in the latest AARP poll, showing a tight race between the two candidates.