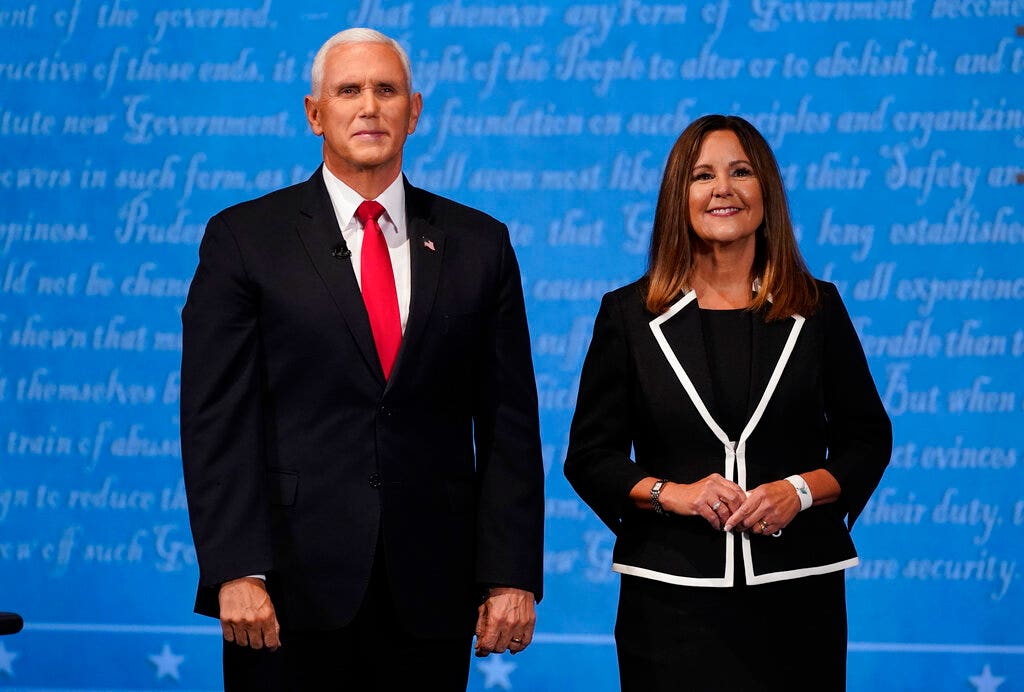 The office of Karen Pence, the wife of Vice President Mike Pence, issued a statement late Thursday that challenged the criticism she received after she was seen greeting her husband without a face mask at the end of the vice presidential debate.

Critics of the Trump administration claimed that the second lady disregarded the rules that said only Pence and Sen. Kamala Harris, D-Calif., could be sans mask. The Hill reported that Karen Pence wore a mask during the length of the debate and only removed it at the end.

“Second Lady Karen followed an agreement established between both campaigns prior to the debate,” Kara Brooks, the communications director for the second lady, said in a statement obtained by Fox  News. “Both sides agreed that the spouses would remove their masks when they walked onto the stage at the end of the debate.”

AOC TO VP PENCE: ‘IT’S CONGRESSWOMAN OCASIO-CORTEZ TO YOU’

The Biden campaign did not immediately respond to an email from Fox News seeking comment. Harris’ husband wore a mask while on stage.

Democrats have been critical of Trump and his administration over what they see as recklessness in the face of the pandemic.

Harris blamed Trump during the debate for not having a plan in place to respond to the coronavirus outbreak, and Mike Pence insisted that Trump listened to health experts and his early decision to restrict travel to China saved lives.

Utah state Rep. Angela Romero, who was a guest of Harris, called out Karen Pence for removing her mask after the debate.

GET THE FOX NEWS APP