Kamala Harris urges Black Americans to vote: ‘It’s up to us.’ 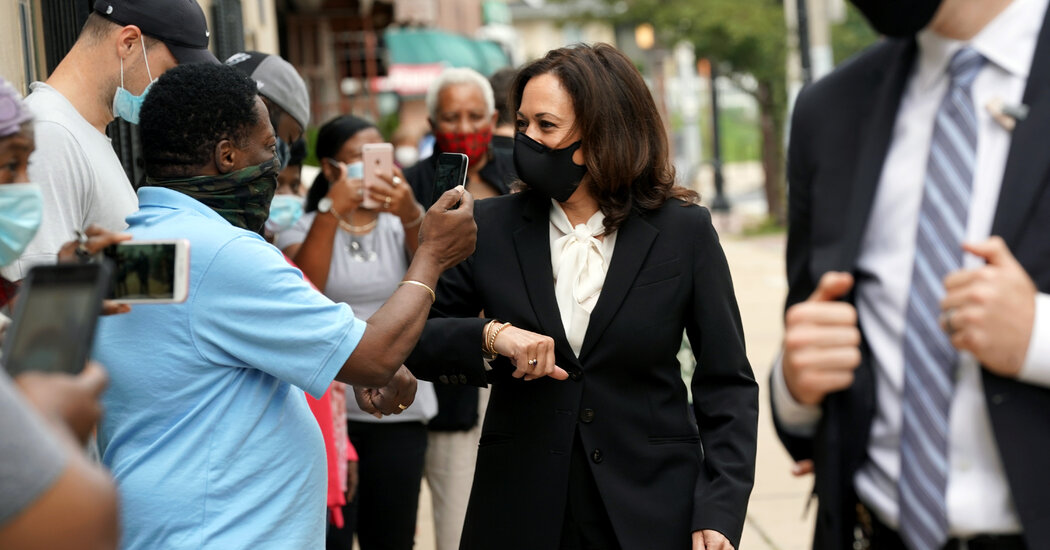 Senator Kamala Harris of California urged Black Americans to vote on Friday, saying it was “up to us to act” in a forceful call to action for one of the Democratic Party’s most important voting blocs.

“The Black community understands just how critical this election is — because we are living the consequences of the last election every day,” Ms. Harris, the vice-presidential nominee, wrote in an op-ed published in The Philadelphia Tribune. “When it comes to nearly every issue that affects our lives, we have been disproportionately harmed by President Donald Trump and the failures of his administration.”

Democrats have long relied on Black voters, and Black women are the party’s most loyal demographic base. But whether they are inspired to turn out in great enough numbers to vote for Joseph R. Biden Jr. could help determine if he is victorious in the general election. After record-setting Black turnout for President Barack Obama in 2008 and 2012, the 2016 election saw a return to pre-Obama levels.

Several organizations have stepped up their efforts to energize Black voters, including More Than a Vote, a collective of athletes that the basketball star LeBron James helped start, which is partly aimed at inspiring African-Americans to register to vote and to cast their ballots in the general election. On Friday, the Democratic National Committee also said it was introducing an anti-Trump print ad campaign that will run in five African-American-owned community newspapers, including The Tribune.

Ms. Harris’s op-ed came on the first National Black Voter Day, which was created by BET and the National Urban league and other civil rights organizations “to aid Black citizens against suppression tactics and ensure that their vote counts in the various elections taking place in November.”

Since Mr. Biden named Ms. Harris as his running mate, she has focused some of her efforts on reaching out to voters of color. Last week, for instance, she participated in a roundtable at Florida Memorial University, a historically Black college in Miami Gardens. And this week, she spoke to Latino leaders, advocates and workers in Las Vegas about the effect of the coronavirus on Latinos.

In her op-ed, she drew a line between the right to vote in the current election and the struggles Black people had faced throughout history to obtain it.

“For centuries, our ancestors fought for causes bigger than themselves — first for their freedom, and then for the right of all people to participate in our democracy,” she wrote. “Now, it’s up to us to act. To participate. To protect the democracy for which they sacrificed. So, let’s do right by them. Let’s do right by each other.”