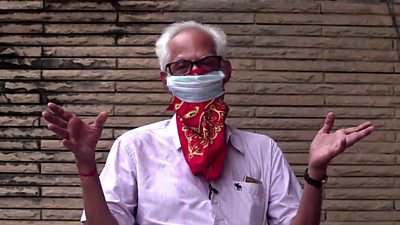 G Balachandran described how his sister’s arrival in the US had an impact on his niece Kamala Harris.

He explained that Kamala Harris’s mother, his sister Shyamala, had been involved in the civil rights movement and would often take her daughters to the activities with her.

The Democratic Party’s vice-presidential nominee has previously spoken about her late mother’s role in shaping her life.