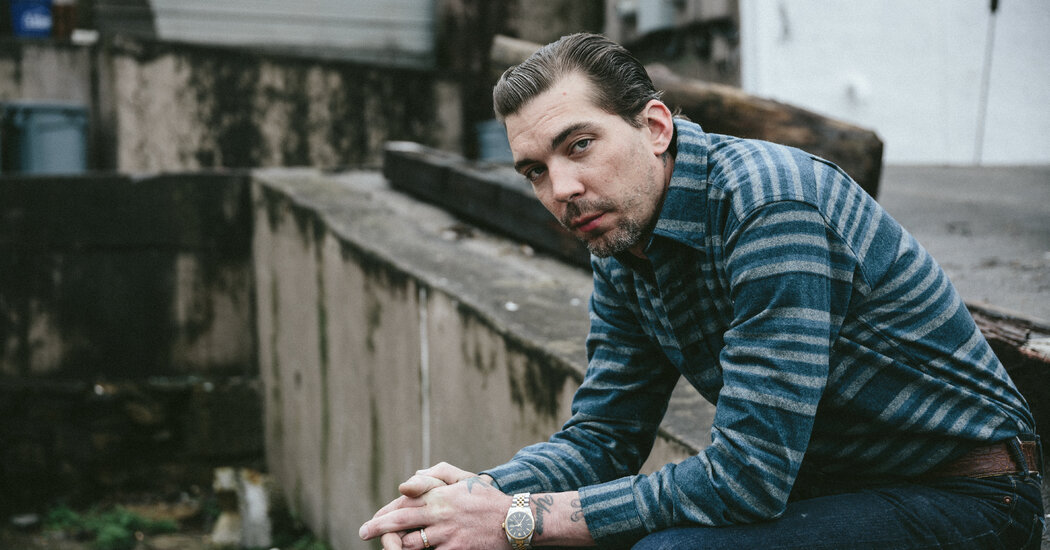 Justin Townes Earle, an accomplished alt-country singer and songwriter who was a son of the country-rock firebrand Steve Earle, has died at age 38.

His death was confirmed late Sunday by his record label, New West, which did not give a cause or say where or when he died. In recent years he had been living in Portland, Ore.

“It is with tremendous sadness that we inform you of the passing of our son, husband, father and friend Justin,” read a post on the younger Mr. Earle’s Facebook page. “So many of you have relied on his music and lyrics over the years, and we hope that his music will continue to guide you on your journeys.”

Mr. Earle had big shoes to fill when he released his debut album, “The Good Life,” in 2008. His father has been an outlaw star of the country world since the 1980s; he named his son in tribute to Townes Van Zandt, the country-folk songwriter who was a master of the bleak, haunting ballad.

Yet from the start Mr. Earle drew the respect of critics and a small but devoted following, writing songs of heartbreak, loss and family with a dark narrative undertow and a sepia-toned folk-rock style that could hark back to Mr. Van Zandt or Hank Williams.

On “The Good Life,” the title track from Mr. Earle’s debut album, a man abandoned by his lover brags, unconvincingly, about his freedom. “All the fancy restaurants won’t let me wait inside/They serve me out the backdoor and never ask for a dime,” he sings. “It’s a good life from now on.”

He became a rising star in the overlapping scenes of alt-country and Americana. At the 2009 Americana Music Honors and Awards, he was named emerging act of the year; two years later his “Harlem River Blues” — about a man contemplating suicide — won song of the year.

Mr. Earle spoke openly about his struggles with addiction, which he said began as early as age 12 and included the use of heroin and crack cocaine. He seemed to be following in the footsteps of his father, whose own troubles with drugs have been well documented.

“I always knew there was something different about the way that I used drugs and drank to the way that my friends did,” the younger Mr. Earle told the Scottish newspaper The Scotsman in 2015. “But it’s a wild thing to wake up when you’re 16 years old and realize you can’t stop shooting up.”

As news of Mr. Earle’s death spread on Sunday and Monday, fellow musicians and other cultural figures paid tribute. On Twitter, the English folk singer Billy Bragg, called him “a brilliant songwriter and generous soul.” The writer Stephen King said, “What a loss.”

Justin Townes Earle was born in Nashville on Jan. 4, 1982. His mother, Carol-Ann Hunter, was Steve Earle’s third wife. They separated when Justin was young, and he grew up in Nashville listening to Nirvana and hip-hop before finding inspiration from Woody Guthrie and Mr. Van Zandt, who was his father’s mentor and sometime tormentor. (“My mother hated Townes Van Zandt,” Mr. Earle told Rolling Stone in 2019, “because of the trouble that Dad and him got into.”)

As a young man, he played in a ragtime band called the Swindlers and a country-punk group, the Distributors. For a time he played in his father’s band, the Dukes, before being kicked out for his drug use.

He released eight full albums as a solo artist, most recently “The Saint of Lost Causes,” in 2019. Along with heartache and betrayal, family was a recurring subject in his songs. In “Mama’s Eyes,” from his 2009 album “Midnight at the Movies,” he sang: “I am my father’s son/I’ve never known when to shut up” and “I’ve got my mama’s eyes/Her long thin frame and her smile/And I still see wrong from right.”

In a creative burst, Mr. Earle recorded the songs for his 2014 album, “Single Mothers,” and his 2015 album, “Absent Fathers” together. Reviewing the latter, Jon Pareles of The New York Times wrote: “The music isn’t pumped up with arena-rock flourishes or computer tricks, and it doesn’t hide bruises and aches. It draws proudly on Southern soul.”

Mr. Earle resisted the interpretation of such material as being straightforwardly autobiographical, though he acknowledged that much of it recalled his own experience.

He married Jenn Marie Earle in 2013, and they had a daughter, Etta St. James, in 2017. Complete information on his survivors was not immediately available.

Mr. Earle occasionally performed with his father and over the years had to parry interviewers’ questions about his being the son of a famous musician who is known for a rebellious streak.