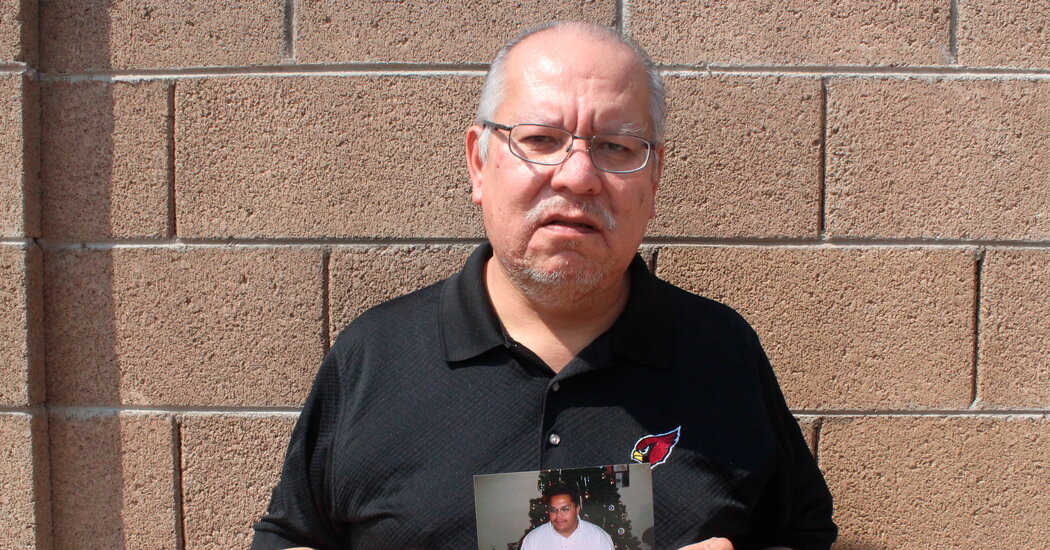 WASHINGTON — The Justice Department intends on Wednesday to execute the only Native American man on federal death row, despite urgent pleas from more than a dozen tribes to respect Navajo culture and spare his life.

The inmate, Lezmond Mitchell, 38, faces the death penalty for his part in the 2001 murder of a Navajo woman, Alyce Slim, and her 9-year-old granddaughter, Tiffany Lee. Barring any last-minute stays, his execution would be the first time a Native American man has been put to death by the federal government for a crime committed against another Native American on a reservation.

Members of the Navajo Nation say that their teachings condemn murder as a means for vengeance and emphasize the sanctity of human life, and that the family of Mr. Mitchell’s victims initially opposed the death penalty before changing their position to support executing him. The Justice Department secured Mr. Mitchell’s conviction through a loophole that allowed it to ignore Navajo preferences.

The Justice Department has carried out three executions this summer, after a nearly two decade-long informal moratorium on federal capital punishment. The move echoed one of President Trump’s early campaign promises, to be “tough on crime,” language he has deployed again in his re-election bid.

Hundreds of Native American citizens have called for the administration to spare Mr. Mitchell. Jonathan Nez, the president of the Navajo Nation, pleaded with the Office of the Pardon Attorney in a closed oral presentation this month to commute Mr. Mitchell’s sentence. In a letter to the president, Mr. Nez and Myron Lizer, the vice president of the Navajo Nation, called on the White House to convert Mr. Mitchell’s sentence to life without the possibility of parole and to respect the tribe’s traditional beliefs.

Marlene Slim, the mother and daughter of the victims, initially testified against the death penalty. However, she has since walked back that position. Lawyers for the family said in a statement, “Mr. Mitchell’s attorneys or advocates and the Navajo Nation do not speak for these victims.”

The Supreme Court ruled that the tribe had jurisdiction over the case, voiding the capital punishment. In a move intended to override that authority, Congress passed the Major Crimes Act in 1885 to extend federal jurisdiction to certain crimes committed by Native Americans on their land.

Congress passed the Federal Death Penalty Act in 1994 to extend the death sentence to new crimes. The law allowed tribes to decide whether to apply capital punishment to some crimes, and nearly all, including the Navajo Nation, elected to opt out.

However, the Justice Department sought capital punishment in Mr. Mitchell’s case for “carjacking resulting in death,” a crime that was not covered by the tribal exception. Mr. Mitchell’s 16-year-old accomplice, who was ineligible for the death penalty because of his age, was sentenced to life in prison.

“It’s not illegal, and it’s not unconstitutional,” Robert Dunham, the executive director of the Death Penalty Information Center, said of Mr. Mitchell’s sentence. However, he added, “it clearly disregards and disrespects native sovereignty.”

Mr. Mitchell’s lawyers have raised concerns that his jury included only one member of the Navajo Nation.

They also argue that, in effect, his race determined his sentence. When he was apprehended for the crimes at age 20, he was held for 25 days without a lawyer while F.B.I. agents interrogated him. Only after he admitted to the crimes was he brought before a federal judge — a civil rights violation, his lawyers argue, possible only under legal precedent that does not extend the right to counsel to defendants in tribal custody.

“Had he not been Native American, not one of those statements would have counted against him,” said his lawyer, Jonathan Aminoff. “Not one.”

Bombing at California Church Known for Its Anti-L.G.B.T.Q. Views

The Trump Presidency Is Now History. So How Will It Rank?