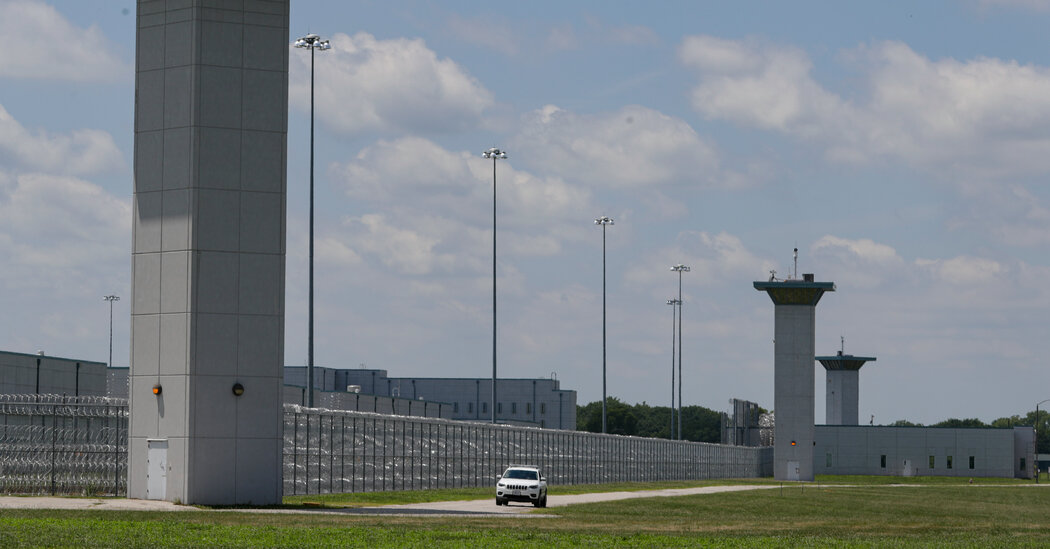 WASHINGTON — The Justice Department executed the only Native American man on federal death row Wednesday, against the wishes of Navajo leaders and hundreds of Native American citizens who called for President Trump to spare his life.

Lezmond Mitchell, 38, was put to death by lethal injection at the federal penitentiary in Terre Haute, Ind. He was declared dead at 6:29 p.m., according to the Bureau of Prisons.

He had been sentenced to death for the 2001 murder of a grandmother, Alyce Slim, and her 9-year-old granddaughter, Tiffany Lee. As a member of the Navajo Nation, he was the first Native American man to be executed by the federal government in recent history, in part because federal law allows tribes to opt in or out of capital punishment for certain crimes.

Moments before his death, a prison official asked Mr. Mitchell if he had any last words for the family members of his victims and witnesses, according to a report from a journalist in attendance. Mr. Mitchell responded nonchalantly, “No, I’m good.”

Mr. Mitchell’s supporters claimed that the Justice Department obtained his sentence only by exploiting a loophole in the law and disregarding tribal sovereignty.

In the weeks before his death, leaders of the Navajo Nation implored Mr. Trump to commute his sentence to life in prison. Myron Lizer, the tribe’s vice president, spoke at the Republican National Convention on Tuesday night in support of Mr. Trump’s re-election bid; Jonathan Nez, its president, spoke at the Democratic National Convention last week.

Mr. Mitchell’s execution was the fourth since the Trump administration resurrected federal capital punishment after a hiatus of nearly two decades. The fifth man is scheduled to be executed on Friday.

The Federal Death Penalty Act of 1994 allowed tribes to opt in to the death penalty, and nearly all — including the Navajo Nation — have opted out. But Mr. Mitchell was convicted of a federal crime to which the tribal option did not apply, “carjacking resulting in death.”

Around the time of Mr. Mitchell’s sentencing, Marlene Slim, the mother and daughter of the victims, testified against the death penalty. However, lawyers representing the victims’ relatives said in a statement that the family now supported the government’s efforts to put Mr. Mitchell to death.

“Mr. Mitchell’s attorneys or advocates and the Navajo Nation do not speak for these victims and have not accurately expressed their wishes,” the statement read.

In 2001, Mr. Mitchell and three others plotted to carjack a vehicle to use in an armed robbery. Mr. Mitchell and Johnny Orsinger, his 16-year-old accomplice, killed Alyce Slim and her granddaughter, before decapitating them and disposing of the bodies in a shallow hole. Three days later, Mr. Mitchell and two others robbed a trading post on the Navajo reservation, using Ms. Slim’s pickup truck.

Mr. Orsinger, who was ineligible for the death penalty given his age, was sentenced to life in prison.

Mr. Mitchell’s lawyers raised concerns about his case that stemmed from his race. Mr. Mitchell was held in tribal jail for 25 days and interrogated by F.B.I. agents without a lawyer. He was brought before a federal magistrate judge only after he confessed to the crimes. Additionally, his jury included only one member of the Navajo Nation.

Even as a federal appeals court denied his request to delay his execution, judges expressed concern about the imposition of the death penalty.

“The United States made an express commitment to tribal sovereignty when it enacted the tribal option,” wrote Judge Morgan Christen of the Ninth Circuit Court of Appeals. “And by seeking the death penalty in this case, the United States walked away from that commitment.”