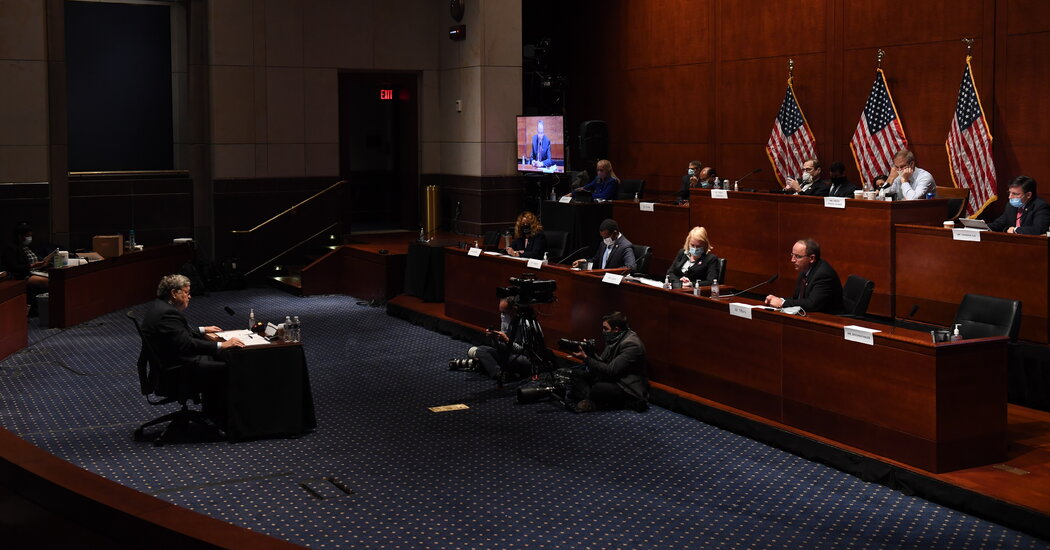 WASHINGTON — The Justice Department on Monday denied a congressional oversight committee’s request to hear from top officials, accusing Democrats of having “squandered” their opportunity to get relevant information from Attorney General William P. Barr this summer by instead using their time to “air grievances.”

The House Judiciary Committee had asked that Eric S. Dreiband, the head of the department’s Civil Rights Division, appear this month to discuss the division, and that Michael Carvajal, the director of the Bureau of Prisons, and Donald Washington, the director of the U.S. Marshals Service, appear for an oversight hearing on Oct. 1.

The department said in a letter to Representative Jerrold Nadler, Democrat of New York and the chairman of the committee, that Mr. Barr had been advised that he could be asked about police misconduct, voting rights, the coronavirus and federal prisons, and the civil unrest this spring and summer.

He appeared before the committee in July prepared to discuss those issues, the department said, but Democrats were more interested in “scolding and insulting” him.

“Unfortunately, when given the opportunity to obtain information from the head of the Department of Justice about precisely these matters, many committee members chose instead to use their allotted time to air grievances,” the department wrote in the letter.

A spokesman for the Judiciary Committee did not immediately respond to a request for comment.

The hearing with Mr. Barr was particularly contentious, with Democrats often refusing to let the attorney general respond to their questions or their accusations. The Democrats, in turn, were angered as Mr. Barr ignored questions about his rationale or actions, or quibbled over details.

Democrats and their allies argued after the hearing that Mr. Barr would not have answered their questions in good faith had they let him respond, and that he would have filibustered and wasted the time. Better, they said, to use the time to air their grievances.

The department argued on Monday that this did “preciously little to advance any legitimate interest” because the committee as a result of this tactic learned no new information.

“When the attorney general tried to address the committee’s questions, he was interrupted and silenced in excess of 70 times,” the department said in its letter. “One member interrupted him and admitted, ‘Well, I don’t want you to tell your story.’”

While the department was unwilling to let Mr. Dreiband, Mr. Carvajal or Mr. Washington testify this fall, it said it would share information and work to schedule future hearings if the committee committed to conducting itself in “an appropriate and productive manner.”