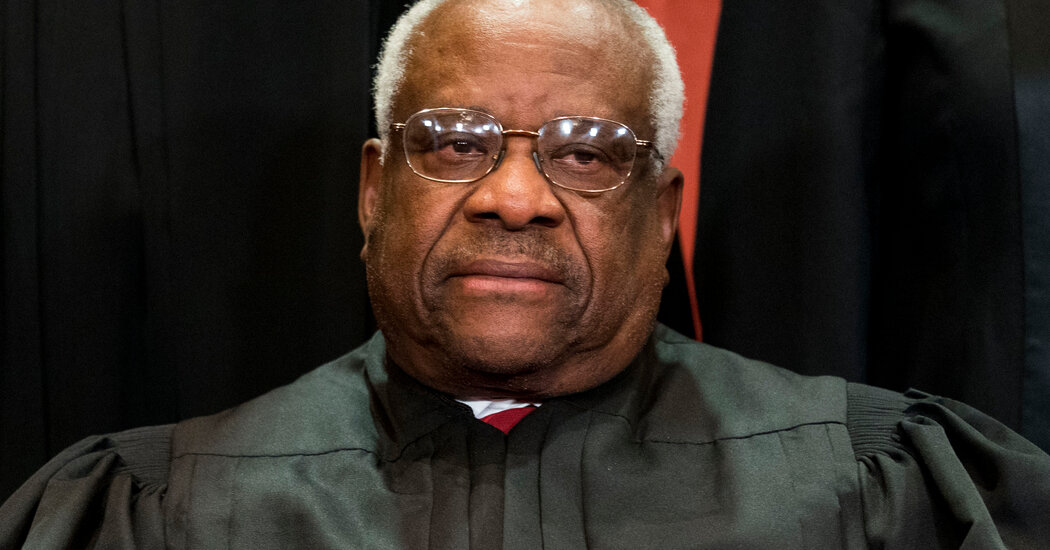 Justice Clarence Thomas, the longest-serving member of the U.S. Supreme Court, was hospitalized with an infection on Friday after experiencing flulike symptoms, the court said in a statement on Sunday.

Justice Thomas was being treated with intravenous antibiotics at Sibley Memorial Hospital in Washington, the statement said.

“His symptoms are abating, he is resting comfortably, and he expects to be released from the hospital in a day or two,” it said.

Patricia McCabe, a spokeswoman for the Supreme Court, said that Justice Thomas’s illness was not Covid-19 or related to the coronavirus.

The statement said that Justice Thomas would “participate in the consideration and discussion of any cases for which he is not present on the basis of the briefs, transcripts and audio of the oral arguments.”

All of the nine Supreme Court justices have been vaccinated and boosted against Covid-19. At least two justices, Amy Coney Barrett and Brett M. Kavanaugh, have previously contracted the virus. Justices are regularly tested for the virus, in accordance with court protocol.

Justice Thomas, 73, was nominated by President George H.W. Bush and was seated on Oct. 23, 1991, making him the court’s most senior conservative member. He is its second-oldest member, after Justice Stephen G. Breyer, 83, who in January announced his retirement.

In his resignation letter, Justice Breyer said he intended to retire after the court completed its current term this summer, generally in late June or early July, “assuming that by then my successor has been nominated and confirmed.”

Judge Ketanji Brown Jackson, 51, President Biden’s nominee to replace Justice Breyer, serves on the U.S. Court of Appeals for the District of Columbia Circuit. She was nominated to that position last year by Mr. Biden.

On Monday, the same day that the Supreme Court reconvenes, the Senate Judiciary Committee will open its hearings on her nomination.

Few Republicans are expected to support Judge Jackson, echoing her federal appeals court nomination, in which only three Republicans voted for her confirmation.

In the days leading up to the start of the committee hearings for her Supreme Court bid, conservative lawmakers — including the Senate minority leader, Mitch McConnell; and Senator Josh Hawley of Missouri— have escalated criticism about Judge Jackson’s record as a public defender.

If confirmed, she would be the first Black woman to serve as a Supreme Court justice.