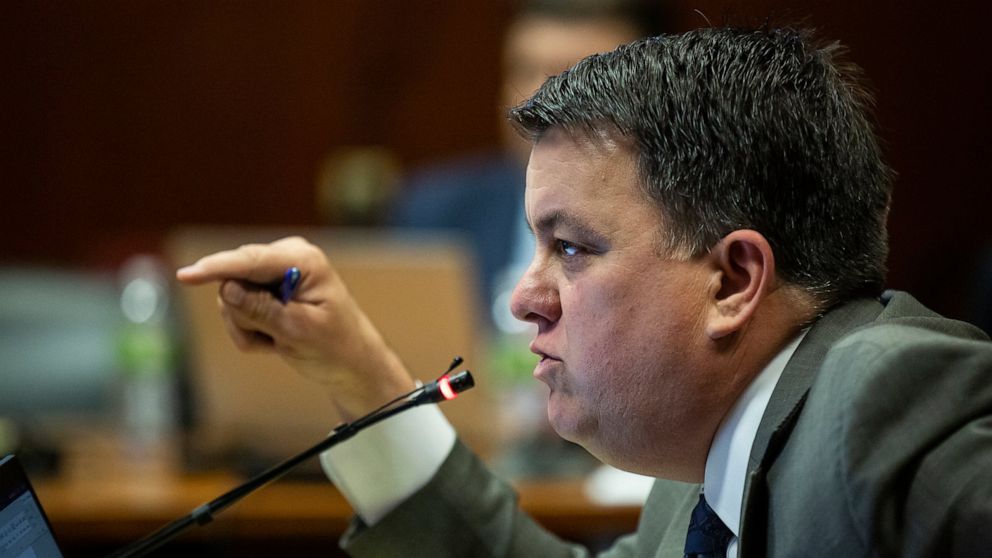 IOWA CITY, Iowa — Jurors deliberated for three hours Thursday without reaching a verdict in the trial of a farm laborer accused of fatally stabbing a University of Iowa student who disappeared in 2018 while out for a run.

Cristhian Bahena Rivera is charged with first-degree murder in the death of 20-year-old Mollie Tibbetts. Jurors were sent home and will return Friday morning.

Prosecutor Scott Brown said in a closing argument earlier Thursday that the trial testimony revealed “overwhelming evidence” that Bahena Rivera was guilty. He called Bahena Rivera’s testimony that two men kidnapped him at gunpoint and forced him to take part in the crime “a figment of his imagination,” saying he concocted the story to try to explain away damning evidence.

Brown said the evidence shows that Bahena Rivera drove past Tibbetts while she was running on the evening of July 18, 2018, in her hometown of Brooklyn, Iowa. He said Bahena Rivera found her attractive, tracked her down on a rural road and approached her as she ran.

Brown said that Tibbetts rebuked Bahena Rivera’s advances and threatened to call the police, which made him angry.

“The way he reacts with that anger is to stab this young woman to death and to dump her body in a cornfield,” said Brown, an assistant attorney general. Later, he added, “Mollie is no longer on this planet because of the defendant.”

Brown said that Bahena Rivera also had “a sexual motive,” noting that Tibbetts was partially naked with her legs spread when her body was found.

Bahena Rivera knew for five weeks where he had hidden Tibbetts’ body under corn stalks in a remote area but stayed quiet as investigators worked long hours to find out what had caused the “sweet young woman” to disappear, Brown said. He later led them to the body in the dark and confessed to the crime, he said.

Bahena Rivera’s defense lawyer, Chad Frese, told jurors that the confession was false and coerced and that prosecutors failed to prove that it was his client who stabbed Tibbetts to death. He noted that they never found a murder weapon or produced any witnesses showing exactly where she was killed, despite having “unlimited resources” to pursue the highly publicized case.

Frese said Bahena Rivera was not “a monster,” had no history of violence and worked to avoid police, given that he had moved to the country illegally from Mexico as a teenager. He said it made no sense that his client would be “brazen enough to pick up a woman, abduct her and maybe kill her in a span of 10 to 20 minutes.”

“Folks this was planned, not by him but by someone else,” Frese said.

Earlier Thursday, prosecutors called one rebuttal witness to establish an alibi for Tibbetts’ boyfriend, Dalton Jack, whom the defense suggested was involved.

Jack worked on a bridge project in Dubuque, Iowa, until 7 p.m. on July 18, 2018, about an hour before Tibbetts was abducted and killed, his former supervisor Nick Wilson testified. Wilson said he was responsible for filling out Jack’s timesheet.

Brown argued that Wilson’s testimony showed Jack would not have been able to be in Brooklyn when Tibbetts disappeared without the ability to “teleport.” Brooklyn is about 140 miles (225 kilometers) away from Dubuque, or more than a two-hour drive.

Wilson said that after Jack got off of work, he grilled and drank beer with other crew members at a hotel that evening and was at work the next morning at 5:30 a.m.

Frese, the defense lawyer, said investigators did not adequately look into Jack. He noted Jack sent Tibbetts a text message within minutes of when she disappeared saying that his cellular “data straight up won’t work.”

“That’s a suspicious text if I have ever seen one, folks,” he said. “It sounds like someone trying to cover his tracks.”