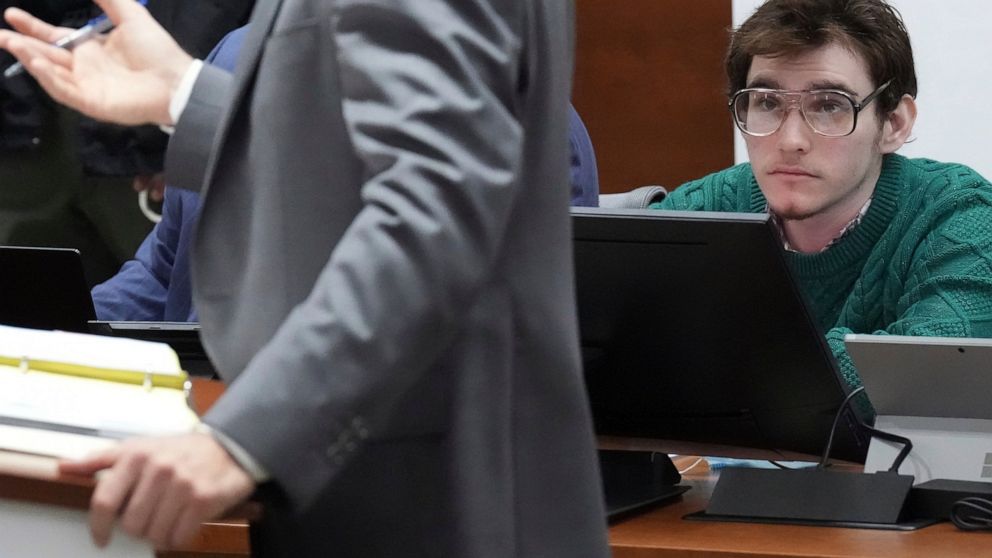 FORT LAUDERDALE, Fla. — Jury selection in the penalty trial of Florida school shooter Nikolas Cruz entered its second phase Monday with the attorneys asking questions of potential jurors individually, with one candidate comparing it to being interviewed for “the toughest job of my life.”

The attorneys asked the jurors about their views of the death penalty and knowledge of the Feb. 14, 2018, shooting at Parkland’s Marjory Stoneman Douglas High School that left 14 students and three staff members dead.

Cruz, 23, pleaded guilty in October to 17 counts of first-degree murder, so the 12 jurors eventually selected will only decide whether he is sentenced to death or life in prison without parole. Eight alternates will also be picked.

Cruz’s attorney, Casey Secor, in particular, delved into the potential jurors’ beliefs with questioning that lasted 45 minutes or more, partly because of legal wrangling over some of his questions. It took almost four hours to question the initial three potential jurors, the first of a pool of 400 who said during earlier screening that they could serve from mid-June through September, the scheduled duration of the trial. They are expected to come for questioning over the coming weeks.

The prosecution, meanwhile, asked a few basic questions and was done — except to repeatedly object when they believed Secor’s questions went over the line by being too specific to the Cruz case. Because of the extended amount of time it was taking to question prospective jurors, Circuit Judge Elizabeth Scherer said at Monday’s lunch break that candidates would be questioned in groups of two or three going forward.

The sides’ opposing strategies became apparent from the first potential juror questioned, a woman of about 40. While the potential jurors’ names are being announced in court, The Associated Press is not using them to protect their privacy during the trial.

The woman told lead prosecutor Mike Satz that while she is familiar with the Stoneman Douglas shootings, she doesn’t know many details. She told him she could follow the law and impose the death penalty if required.

Secor, a death penalty specialist, asked the woman that if she were the ruler of an island, would it have a death penalty. She said it would not. Asked why, the woman paused for several seconds.

“I understand how some acts are just unexplainable,” she said. “But I am just human, right? And I do not have the power to understand what caused someone to commit an act. No one has that power except God. … Nothing is going to bring the victims back.” Because of prosecutors’ objections, her interview lasted almost 90 minutes. She passed the screening and was told to come back for a third and final round of questioning in a couple weeks.

The prosecution or defense can ask Scherer to dismiss a juror for cause if they can convince her that the candidate can’t be fair to their side. Each side also has 10 peremptory challenges to dismiss a juror for any reason other than race or gender. Because of the complexity of the case, Scherer has indicated she may give each side more.

To be selected, the jurors must agree they can put aside their knowledge of the case and base any decision on what is presented at the trial. They must also agree they could impose the death penalty if they believe the evidence requires it, but also don’t believe all killers should be executed.

Under Florida law, the jury will have to decide whether aggravating factors the prosecution will present — such as the number of victims, Cruz’s planning and the cruelty he demonstrated — outweigh such mitigating factors as his long history of mental and emotional problems, his possible sexual abuse and the death of his parents. For Cruz to receive a death sentence, the verdict must be unanimous. If even one juror disagrees, he will receive a sentence of life without parole.

“Sort of an eye for an eye,” she said. But, under questioning by Satz, she said she didn’t think a death penalty should be automatic. She was dismissed after the defense objected.

The third potential juror, a man of about 60, said his cousin was recently released from prison after 40 years for killing someone when they were teenagers. At first, he said he could impose a death sentence if the prosecution made its case. But when pressed by Secor, the man indicated the death penalty might be the appropriate punishment for Cruz.

“This is way beyond anything any of us had ever thought of. This isn’t one person and one victim,” he said. “This is mass murder — what else could it be?” He then referenced Saturday’s killing of 10 people in Buffalo, New York, allegedly by an 18-year-old, saying, “This seems to be a thing happening in our country.” He was told to come back for further questioning.