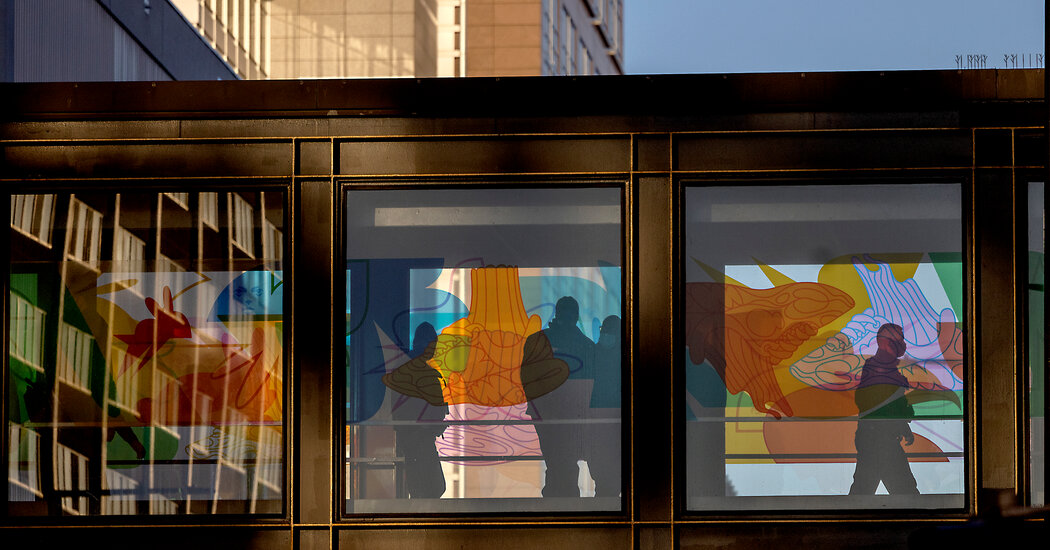 ST. PAUL, Minn. — In the prosecution’s telling, three Minneapolis police officers did little more than callously watch as their colleague, Derek Chauvin, slowly killed George Floyd by kneeling on his neck for more than nine minutes. In the eyes of defense lawyers, the officers had trusted Mr. Chauvin, the veteran officer on the scene, to do his duty and should be acquitted.

The dueling positions presented on Tuesday brought the arguments in the federal trial over Mr. Floyd’s death to a close, and jurors on Wednesday will begin deliberating whether any of the three officers — Tou Thao, 36; J. Alexander Kueng, 28; and Thomas Lane, 38 — are guilty of violating Mr. Floyd’s civil rights.

Jurors have heard from doctors, police officers and other witnesses since the trial began nearly a month ago, and now they must decide whether any of the officers’ actions on May 25, 2020 — for which they were quickly fired — rose to the level of a crime. Mr. Kueng and Mr. Lane, who were both on their first week on the job as full officers, helped to hold Mr. Floyd down, and Mr. Thao kept back a group of concerned bystanders. All three officers are charged with failing to provide medical aid to Mr. Floyd, while Mr. Kueng and Mr. Thao are also charged with failing to intervene to stop Mr. Chauvin.

The trial has largely focused on the training of Minneapolis police officers and on their duty to provide aid or stop a fellow officer from using excessive force. The verdict could signal whether jurors are viewing policing with more scrutiny — even when evaluating the actions of officers who are not primarily responsible for a person’s death.

Mr. Chauvin, 45, has been imprisoned since April, when he was convicted of murdering Mr. Floyd. He pleaded guilty to a federal charge of violating Mr. Floyd’s civil rights in December. The other three officers are also facing state charges of aiding and abetting murder, with that trial scheduled for later this year.

In her closing argument on Tuesday, Manda Sertich, a federal prosecutor in Minnesota, sought to emphasize the length of time that Mr. Floyd had suffered while the three police officers did not provide aid. She also argued that the officers had willfully deprived Mr. Floyd of his rights, meaning that they knew what Mr. Chauvin was doing was wrong. Jurors must find that the defendants’ actions were willful in order to convict them.

By the time Mr. Floyd had uttered his final pleas for air, Ms. Sertich said, all three officers had spent several minutes failing to come to his aid.

Mr. Thao had “done nothing” for 4 minutes and 40 seconds as Mr. Floyd called out for help, Ms. Sertich said. During that same time, she said, Mr. Kueng ignored Mr. Floyd’s pleas as he crouched “shoulder to shoulder” with Mr. Chauvin, never urging him to let up. And Mr. Lane, who was holding Mr. Floyd’s legs, had chosen “not to stop the horror unfolding right under his nose,” only suggesting once that Mr. Chauvin roll Mr. Floyd onto his side but “doing nothing to give George Floyd the medical aid he knew he so desperately needed,” the prosecutor said.

Even as Mr. Floyd said he could not breathe for a 27th time, Ms. Sertich said, the officers “were only halfway through their crime.”

The officers are being tried together, but each has his own lawyer, and the three lawyers delivered separate closing arguments over several hours on Tuesday afternoon.

They argued that their clients had deferred to the judgment of Mr. Chauvin, the senior officer on the scene; that their attention had at times been diverted from Mr. Floyd’s deteriorating condition; and that restraining Mr. Floyd was necessary because he had taken fentanyl and refused to get into the back of a police car after being accused of using a fake $20 bill. The lawyers also criticized prosecutors, with one saying that prosecutors had made misleading arguments and another suggesting that they had brought the case because of political pressure.

“Just because something has a tragic ending does not mean it’s a crime,” Robert Paule, a lawyer for Mr. Thao, said to the jury.

Earl Gray, the lawyer for Mr. Lane, noted that his client had asked Mr. Chauvin if the officers should roll Mr. Floyd onto his side and that as a result he had not been charged with failing to intervene. Mr. Gray also said that Mr. Lane had quickly told paramedics that Mr. Floyd was unresponsive after they arrived on the scene and that he had ridden with Mr. Floyd in an ambulance.

Police culture on trial. The federal civil rights trial of three former officers for their role in the killing of George Floyd centers on a crucial issue in American policing: the duty of officers to intervene against fellow officers when they witness misconduct.

A new focus. Ever since the murder of Mr. Floyd almost two years ago, the overwhelming focus has been on the officer who killed him, Derek Chauvin. While Mr. Chauvin was convicted of murder in a state trial last spring, he wasn’t the only officer there that day.

Who are the officers on trial? Three officers are accused of willfully failing to intervene against Mr. Chauvin and help Mr. Floyd. Tou Thao, a veteran officer who was Mr. Chauvin’s partner, held back a group of bystanders. J. Alexander Kueng and Thomas Lane — both rookies — helped pin down Mr. Floyd.

What are the charges? The charges concern whether the defendants deprived Mr. Floyd of his civil rights. All three officers are charged with failing to provide medical aid to Mr. Floyd, while Mr. Kueng and Mr. Thao also face a count of failing to intervene with Mr. Chauvin’s use of force.

“How in the world could our government, the wonderful United States of America — freedom and all that — charge somebody who does that?” Mr. Gray said, adding that it was “kind of scary.”

Thomas Plunkett, a lawyer for Mr. Kueng, said the crowd of bystanders had created an unusual and hostile situation, and he said the jurors were the officers’ last defense against a “mob mentality” that he suggested was driving their prosecution.

The police officers had responded to a 911 call from a clerk at a convenience store in South Minneapolis reporting that Mr. Floyd had used a fake $20 bill to buy cigarettes.

As the officers pinned a handcuffed Mr. Floyd on his stomach in the street, a teenager recorded a video of Mr. Floyd, a Black security guard who had lost his job in the coronavirus pandemic, begging for air under Mr. Chauvin’s unrelenting knee. The video spurred the Minneapolis police chief to quickly fire all four officers, and it ignited racial justice protests that brought millions of people onto America’s streets and sidewalks. Mr. Chauvin and Mr. Lane are white, Mr. Thao is Hmong and Mr. Kueng is Black.

Most of the 18 jurors selected to hear the case — 12 main jurors and six alternate jurors who would replace the primary jurors if necessary — were white, in part a reflection of the fact that jurors were drawn from across Minnesota rather than the more diverse Twin Cities region.