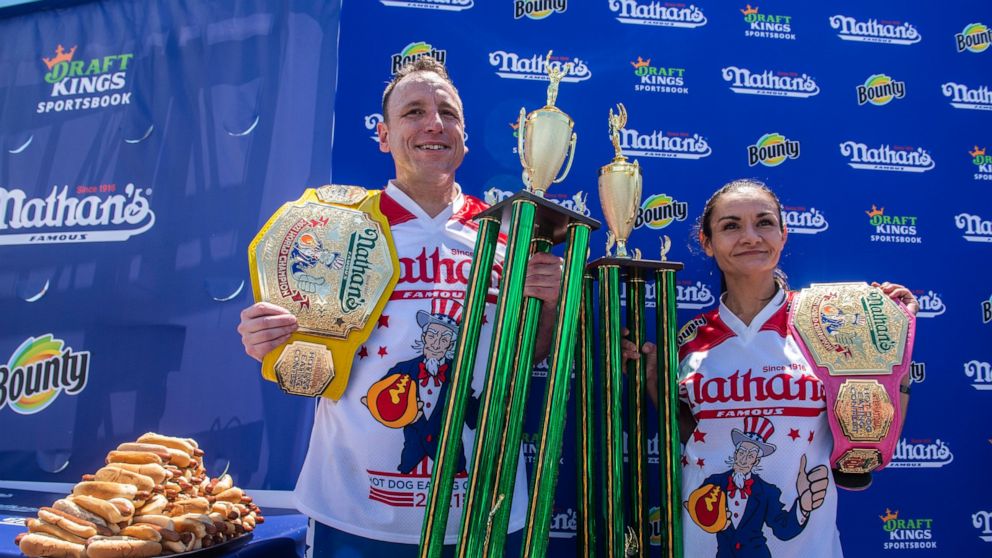 The latest on Fourth of July celebrations across the U.S.:

NEW ORLEANS — Fireworks are returning to New Orleans on Independence Day thanks to actor Will Smith.

Smith is picking up the roughly $100,000 tab for the pyrotechnics over the Mississippi River after learning New Orleans didn’t plan a 2021 show, city officials told news outlets.

Smith is in New Orleans working on his latest film “Emancipation,” which will tell the story of a slave, Peter, who escaped a Louisiana plantation and whose photo of scars on his back from being whipped exposed the brutality of slavery. He would also fight for the Union in the Civil War.

Smith moved production of the film from Georgia to Louisiana in early April after Georgia passed a new voting law that prompted a federal lawsuit saying the overhaul was intended to deny Black voters equal access to the ballot.

MORE ON THE FOURTH OF JULY:

– After a year lost to the coronavirus, New York City’s most well-known Fourth of July traditions are back.

– President Joe Biden is r eady to host the largest event yet of his presidency, an Independence Day barbecue and fireworks-watching celebration on the South Lawn on Sunday night.

– Fireworks were unintentionally detonated as they were being set up for an Independence Day show in Ocean City, Maryland, leaving employees of the fireworks company with minor injuries.

Chestnut downed 76 franks and buns in 10 minutes. That’s one more than he did in setting the men’s record last year, when the contest unfolded without fans because of the coronavirus pandemic.

Reigning women’s champ and record-holder Miki Sudo skipped this year because she’s expecting a baby in a few weeks.

MIAMI — The Fourth of July holiday was marked with somber tones in South Florida, where a collapsed building has left at least 24 dead and more than 120 missing under rubble.

“July 4 is ordinarily a time to gather with our loved ones and to celebrate our freedom and our independence, and this year the holiday looks very different,” said Miami-Dade County Mayor Daniella Levine Cava.

“But through this grief,” she said, “and all of the other obstacles that have been thrown our way, a clear picture emerges of what it means to be American.”

A candle-light vigil was planned for Sunday night in Miami Beach for the victims of the fallen Champlain Towers South condominiums complex in Surfside, Florida.

Neighboring Miami Beach typically hosts one of the region’s most spectacular fireworks displays, but officials canceled its show for the second year out of respect for the families. The show could not go on last year because of the coronavirus outbreak.

While many communities across South Florida canceled fireworks, one of the few locations in Miami-Dade County that was going forward with fireworks displays was former President Donald Trump’s golf resort in Doral. Tickets for the free event, 20 miles (32 kilometers) inland from Surfside, were sold out.