Judge says 2020 census must continue for another month – POLITICO 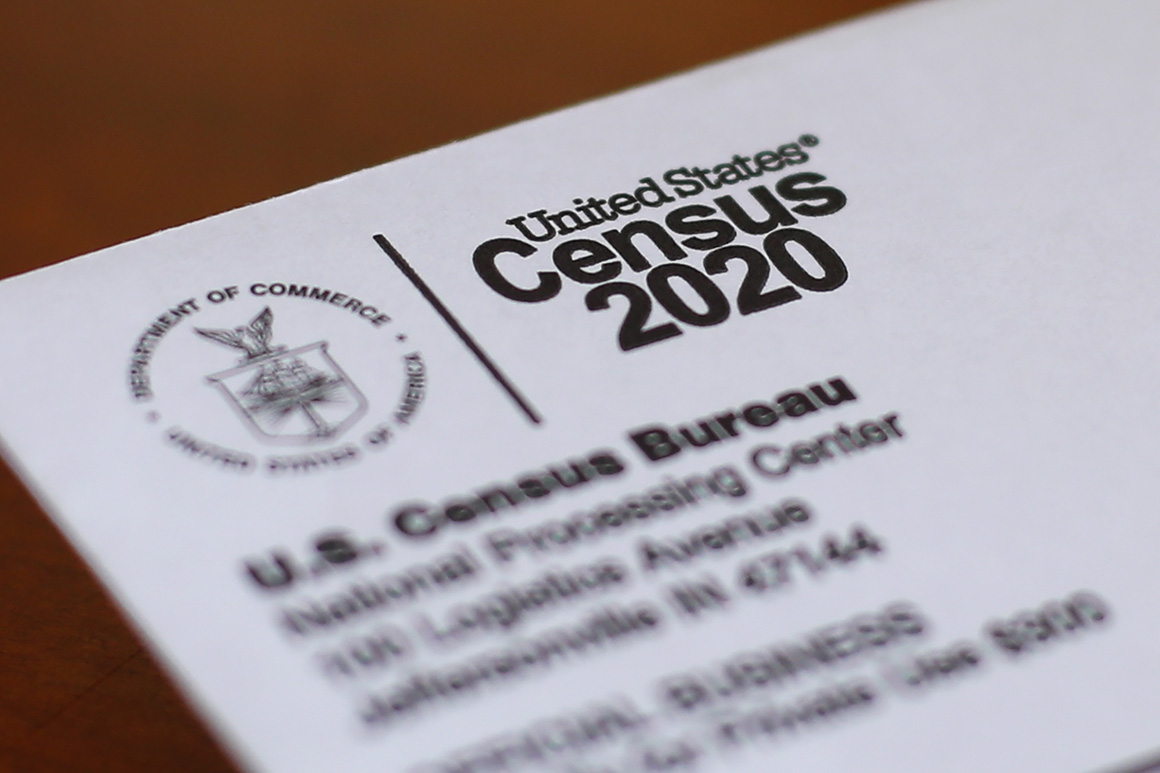 The proposed deadlines would have pushed field collection until the end of October, with apportionment data — the population count used for determining the number and population of each state’s congressional districts — being submitted to the president by April 30, 2021 instead of by years’ end. But Congress never officially granted the statutory extensions, and in late July, Census Bureau Director Steven Dillingham, an appointee of President Donald Trump, began to back away from the bureau’s requested extension. In early August, the bureau officially announced it was reversing its request for an extension and would deliver apportionment data to Trump by the end of the year.

The reversal infuriated municipalities, community groups and experts, who warned of the prospect of a rushed and deeply flawed count that would affect everything from House apportionment and redistricting to how roughly $1.5 trillion in federal spending would be directed over the next decade.

“The court’s decision ensures that our underrepresented and most vulnerable communities will not be disadvantaged by an unfair and incomplete census count,” Kristen Clarke, president and executive director of the Lawyers’ Committee for Civil Rights Under Law — one of the parties that sued over the timeline — said in a statement. “The court’s decision repudiates the 11th hour actions of the Trump administration and makes clear that our democracy turns on achieving a full and fair count of all people across our nation.”

U.S. District Judge Lucy Koh’s order cites those concerns about an inaccurate and incomplete census count in extending the count.

The battle over the census deadlines is one of a multifront legal battle that has broken out over the decennial count. In a July memorandum, Trump sought to exclude undocumented immigrants from the appointment count, a move that experts questioned as constitutionally invalid and practically difficult to enact. A separate panel of judges blocked that memorandum earlier this month, and the Department of Justice recently asked for a quick appeal process from the U.S. Supreme Court.

“Senior career officials at the Bureau perceived that this decision resulted from the Administration no longer supporting the schedule extension, but ultimately they lacked visibility into this decision process,” the report read. “Bureau leaders continued to believe that the statutory extension was preferable, and would give the Bureau the best chance to create a high-quality, usable census.”

As of Wednesday, 96.6 percent of American households have been enumerated, according to the bureau: With two-thirds via self-response and 30.3 percent in followup from bureau employees. Experts say that even a small number of Americans going uncounted is deeply problematic, and following up with the last few percentage points is among the most challenging tasks.

At a hearing held by the House Oversight Committee earlier this month, John Thompson, former director of the Census Bureau from 2013-17, raised serious concerns about the count. “I am extremely concerned that the actions that have been taken to truncate 2020 census data collection activities … will adversely affect the quality and accuracy of the 2020 census,” Thompson said, raising concerns about the effectiveness of the nonresponse followup in the truncated timeline, along with concerns over the shortened data processing times.

J. Christopher Mihm, an official from the Government Accountability Office, also said that even missing a small percentage of people in the count could be dangerous. (The GAO published a late-August report about how the compressed time frame risked an accurate count.)

“The Census Bureau will complete a census,” Mihm said during questioning. “It’s a question, and the risk is, what will be lost? Will it be a less than historically acceptable count, in terms of completeness and in terms of accuracy?”