Judge Blocks Effort to Disqualify Cawthorn from Ballot as ‘Insurrectionist’ 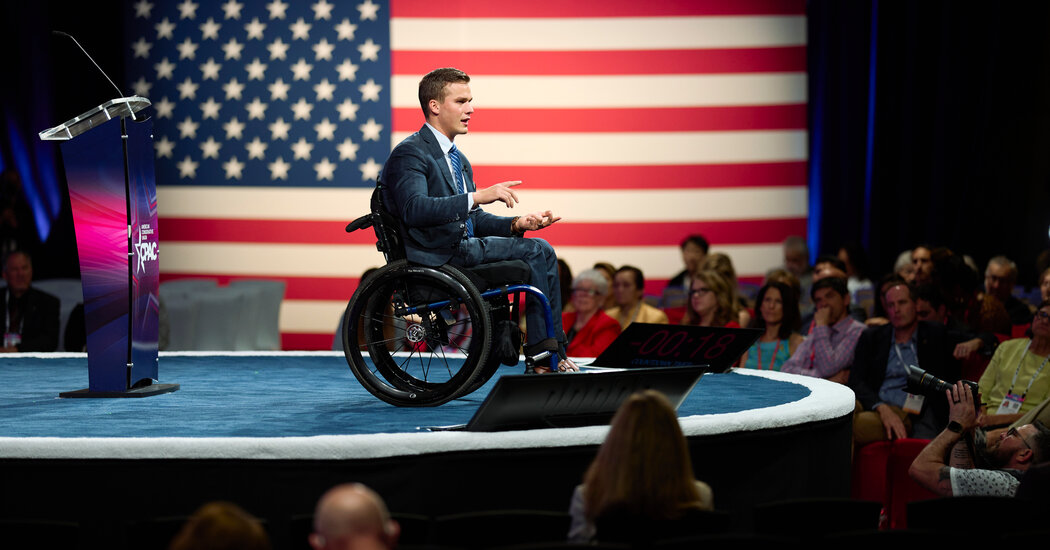 WASHINGTON — A judge on Friday blocked a novel electoral challenge that sought to disqualify Representative Madison Cawthorn of North Carolina from running for re-election by labeling him an insurrectionist, issuing an equally novel order that invoked a post-Civil War law that forgave confederate soldiers and sympathizers.

U.S. District Judge Richard E. Myers II, an appointee of President Donald J. Trump, stepped in to squelch an effort by lawyers and voters in North Carolina who had filed a motion before the state’s Board of Elections declaring Mr. Cawthorn, 26, ineligible for re-election under the Constitution. They had contended that the first-term Republican’s support for rioters who attacked the Capitol on Jan. 6, 2021, made him an “insurrectionist,” and therefore barred him from office under the little-known third section of the 14th Amendment, adopted during Reconstruction to punish members of the Confederacy.

That section declares that “no person shall” hold “any office, civil or military, under the United States, or under any state, who, having previously taken an oath” to “support the Constitution,” had then “engaged in insurrection or rebellion against the same, or given aid or comfort to the enemies thereof.”

Judge Myers sided with the argument of James Bopp Jr., a prominent conservative campaign lawyer, who noted that section three concluded with a caveat: “Congress may by a vote of two-thirds of each House, remove such disability.” The Amnesty Act of 1872 did just that when it declared that “all political disabilities imposed by the third section” of the 14th amendment were “hereby removed from all persons whomsoever.”

The ruling angered lawyers in the case who argued that the 1872 law applied only to Civil War confederates, not any insurrectionist in the future, and that a law could not usurp a constitutional amendment.

“According to this court ruling, the 1872 amnesty law, by a trick of wording that — although no one noticed it at the time, or in the 150 years since — completely undermined Congress’s careful decision to write the insurrectionist disqualification clause to apply to future insurrections,” said Ron Fein, the legal director of Free Speech For People, an organization that helped with the case. “This is patently absurd.”

But Mr. Bopp said on Friday that, because the 14th Amendment applied to past and future insurrections, so did the subsequent amnesty. Judge Myers, a former law professor at the University of North Carolina and clerk at the U.S. Court of Appeals for the District of Columbia Circuit, agreed.

Mr. Fein called for the ruling to be appealed, but the activists who brought the challenge cannot do that. Since the injunction was aimed at the state, only the North Carolina State Board of Elections or the state attorney general can appeal, and it is not clear that either will get involved.

The challengers had hoped to at least get to question Mr. Cawthorn under oath for his role in stoking the violence that erupted at the Capitol on Jan. 6, 2021, and sympathizing with those who carried it out. Mr. Cawthorn had encouraged conservatives to gather in Washington on that day for a “Save America” rally behind the White House. He had urged Mr. Trump’s supporters to “call your congressman” to protest Congress’s official count of electoral votes to finalize the 2020 election results, adding, “you can lightly threaten them.” And after the riot, Mr. Cawthorn asserted that those jailed for storming the Capitol were “political hostages” that he would like to “bust” out of prison.

Mr. Cawthorn turned to the federal courts to intervene before the Board of Elections could set a hearing to determine his eligibility for the ballot.

The effort to block Mr. Cawthorn from running for re-election could now be over.

But, Mr. Bopp said, “I never underestimate the willingness of lawyers to keep fighting.”