JPMorgan Chase CEO Jamie Dimon gave a bleak financial outlook for the world on Monday, warning of a hangover that could last decades thanks to the war in Ukraine, soaring inflation and COVID-19.

In his letter to shareholders, Dimon said the world was facing a ‘confluence of three important and conflicting forces’ that made the global economic outlook uncertain.

Dimon’s annual letter has become something of a tradition for JPMorgan investors as well as the public.

Never too shy to share his thoughts on any topic, the CEO and chairman of JPMorgan often uses his shareholder letter to not only discuss ongoing challenges for the bank but also political or social issues that he feels need to be addressed.

‘These factors will likely have a meaningful effect on the economy over the next few years and on geopolitics for the next several decades,’ he warned.

He then made a direct appeal to the President to take charge in order for the country to ‘regain its competence’.

‘Even before the war in Ukraine jeopardized the world order, we were facing exceptional and enormous global challenges — nuclear proliferation (this is still the biggest risk to mankind, bar none, and made all the more stark by the war in Ukraine), threats to cybersecurity, terrorism, climate change, pressures on free and fair trade, and vast inequities in society.

‘Critical to solving these problems is strong American leadership. American global leadership is the best course for the world and for America — and our leadership needs to articulate to its citizens why this is the case. 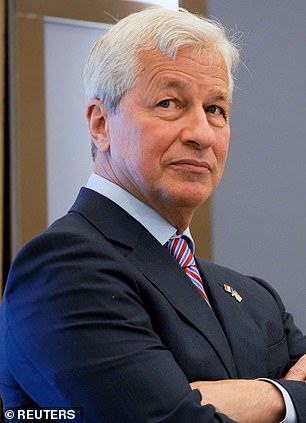 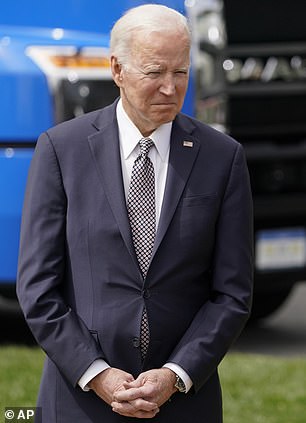 In his letter to shareholders, Dimon said the world was facing a ‘confluence of three important and conflicting forces’ that made the global economic outlook uncertain. He called on President Biden to show strong leadership and said the world would respect it 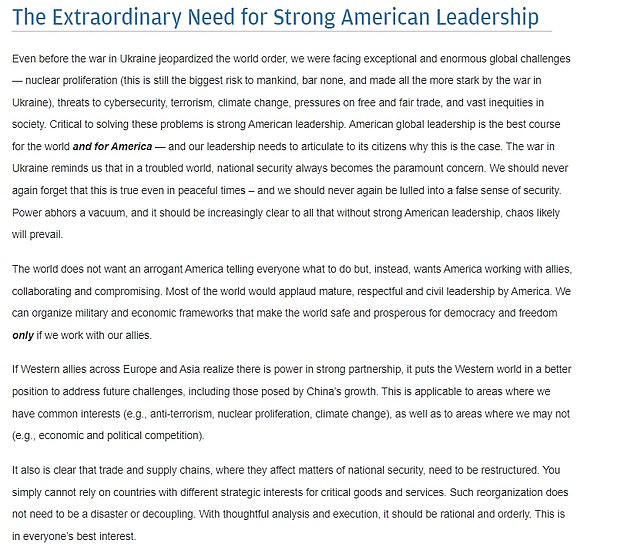 ‘The war in Ukraine reminds us that in a troubled world, national security always becomes the paramount concern.

‘Power abhors a vacuum, and it should be increasingly clear to all that without strong American leadership, chaos likely will prevail,’ Dimon said in his lengthy letter.

He added: ‘The world does not want an arrogant America telling everyone what to do but, instead, wants America working with allies, collaborating and compromising.

‘Most of the world would applaud mature, respectful and civil leadership by America.

‘We can organize military and economic frameworks that make the world safe and prosperous for democracy and freedom only if we work with our allies,’ he said.

Dimon spent much of the latest letter discussing the issue of inflation, which has accelerated sharply in the past year and is now at four-decade highs.

He warned that the war in Ukraine could accelerate inflation due to higher food and energy costs.

He also put some blame on the Federal Reserve, which now faces a need to increase interest rates sharply this year to combat inflation.

Dimon slammed the government’s impediment of the economy.

‘We have fallen into the rut of false narratives, which distracts us from facing reality.

‘Even if you have the right diagnosis, you still may arrive at the wrong solution — but your odds are certainly much better.

‘Our policies are often incomprehensible and uncoordinated, and our policy decisions frequently have no forethought and no identification of desired outcomes.’

‘Regulation has dramatically impeded our ability to build good infrastructure in a timely manner — the cost of building a highway has more than tripled in 20 years purely because of expenses due to regulations. 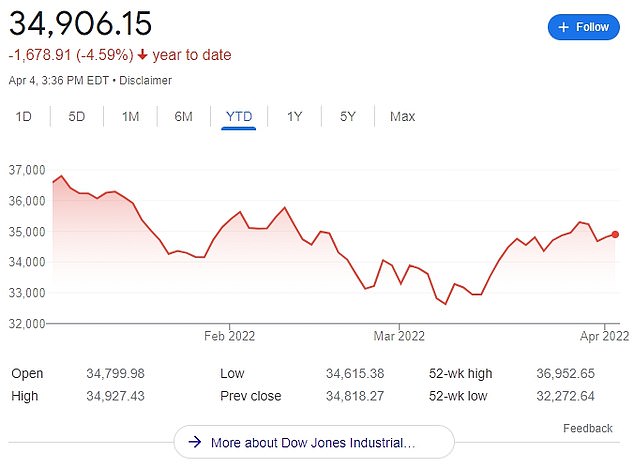 The Dow’s year to date marker was down 4.5 percent on Monday

‘Our politics are dysfunctional, which has prevented some of our best, brightest and most competent to want to work in government.

‘While we have plenty of economists, academics and lifetime politicians in government, who I know are committed to doing their best, we need additional brainpower, capabilities and experience from leaders across all sectors of our society, including business.

‘It is going to take extraordinary, broad-based leadership to solve our problems,’ he said.

Dimon cited Singapore, South Korea and Israel as countries that had excelled economically in recent years.

He lauded banks for performing ‘magnificently’ throughout the pandemic too.

In his conclusion, he wrote: ‘We sincerely hope that all the citizens and countries of the world see an end to this terrible pandemic, see an end to the war in Ukraine, and see a renaissance of a world on the path to peace and democracy.’