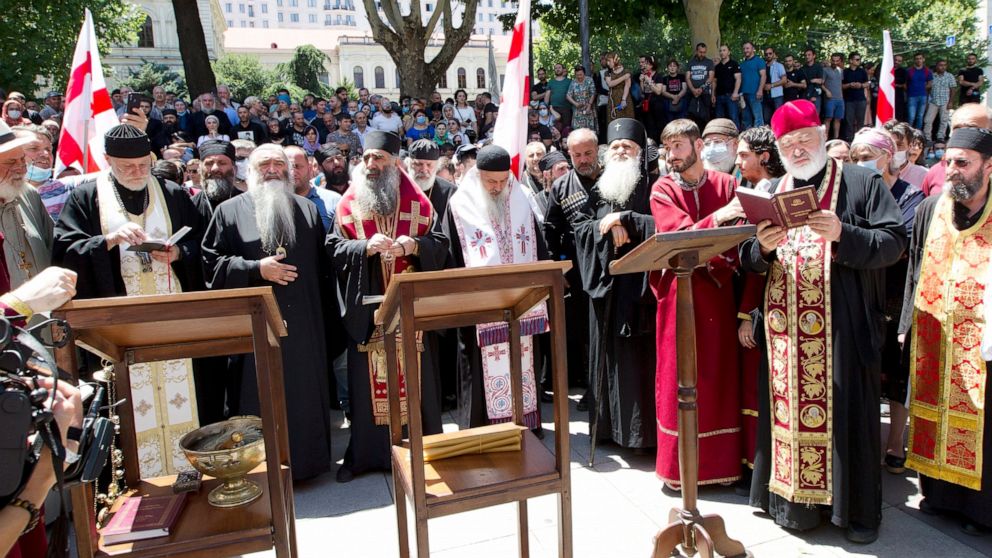 TBILISI, Georgia — A protest against a planned LGBT march in the Georgian capital turned violent Monday as demonstrators attacked and injured some 20 journalists covering the event.

Organizers of the Tbilisi March For Dignity that was to take place in the evening cancelled the event, saying authorities had not provided adequate security guarantees.

Opponents of the march blocked off the capital’s main avenue, denounced journalists covering the protest as pro-LGBT propagandists and threw sticks and bottles at the media workers.

A man who the Polish foreign ministry said was a Polish tourist was stabbed several blocks from the demonstration and hospitalized; one suspect was arrested.

Animosity against sexual minorities is strong in the conservative Black Sea nation of Georgia, a former Soviet republic. The Tbilisi Pride group that tried to organize the march said in a statement Monday that opponents of the march were supported by the government and by the Georgian Orthodox Church.

The Open Caucasus Media group published a photo of a man it said was a local TV journalist being pulled away from the demonstration in a headlock by an Orthodox priest.