Joe Segal, Impresario of Live Jazz for 70 Years, Dies at 94 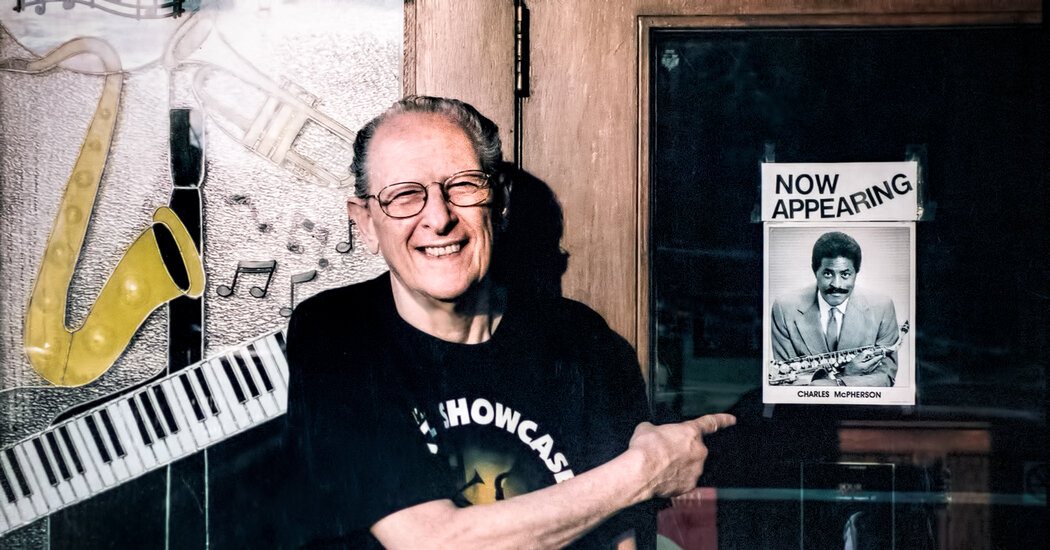 Joe Segal, who presented live jazz in Chicago under the Jazz Showcase banner for 70 years, making him one of the longest-running music promoters in America, died on Aug. 10 in Chicago. He was 94.

Stu Katz, a jazz pianist and vibraphonist who was a longtime friend of Mr. Segal’s, confirmed the death, at AMITA Health Saint Joseph Hospital, but did not specify a cause.

World War II was barely over when Mr. Segal started promoting weekly jam sessions and concerts in 1947 on the campus of Roosevelt University on South Michigan Avenue. He was enrolled there on the G.I. Bill, but as he told the Smithsonian Jazz Oral History Program in 2015, he used his student status as a cover to book musicians.

“I was at Roosevelt for 10 years, and they finally said, ‘Segal, the farce is over,’” he recalled. “Because I wasn’t getting anything but C’s and C-pluses because I was hanging out all night.”

Mr. Segal booked a who’s who of jazz legends over his long career, both early greats like Sonny Rollins, Lester Young, Max Roach, Charles Mingus, Dizzy Gillespie, Art Blakey and the Jazz Messengers and Charlie Parker, and contemporary standouts like Dee Dee Bridgewater and Joey DeFrancesco. He also hired the backing musicians, and in doing so discovered and supported numerous jazz artists over the years.

In 2015 the National Endowment for the Arts elevated him into rarefied company, naming him an NEA Jazz Master.

Charlie Parker’s fast, jumpy saxophone soloing, and the style he pioneered known as bebop, left an especially deep impression on Mr. Segal, and after Parker’s death in 1955, he organized Charlie Parker Month at the Showcase every August, the month of Parker’s birth.

For Mr. Segal, bebop was a religion and Parker his god. But more experimental styles, like the free jazz of Sun Ra or the mix of rock and jazz known as fusion that emerged in the late 1960s, could make him apoplectic.

Lloyd Sachs, a writer who profiled Mr. Segal for The Chicago Sun-Times in 1990, recalled a night when the saxophonist Wayne Shorter was booked at the Showcase. “Wayne was into fusion at the time,” Mr. Sachs said in an interview. “Joe was pacing the lobby outside. He was livid. He kept saying, ‘I told him to turn it down.’”

Like Max Gordon, who owned the storied Village Vanguard in Manhattan, Mr. Segal was often referred to as a “jazz impresario.” But unlike Mr. Gordon, Mr. Segal did not operate from a permanent location for many years. The Showcase was a movable feast.

“He’s pretty much the guy who kept jazz alive in Chicago in terms of national touring acts,” Mr. Sachs said. “He kept this club going in the face of all kinds of obstacles. Several times he got evicted or had to move. And he landed on his feet. He was a guy who carved out this audience for 70 years.”

Joseph Philip Segal was born on April 24, 1926, in Philadelphia to Irwin and Henrietta Segal. His mother, a switchboard operator, kicked his father out when she found him with another woman and raised her only child alone.

It wasn’t until his early teens that Mr. Segal reconnected with his father, who began taking him to the Earl Theater downtown.

“That’s when I fell in love with the big bands,” Mr. Segal told the Smithsonian, recalling how the curtain would rise after the opening movie to reveal Bennie Goodman or Artie Shaw and his orchestra on the bandstand.

In 1944, at 18, Mr. Segal was drafted into the Air Force and stationed in Champaign, Ill. From there, it was a short ride on the Illinois Central to Chicago and the jazz clubs then clustered along Randolph Street in the Loop.

Mr. Segal had wanted to be a musician himself, first taking up the trombone like Tommy Dorsey. But as he told the National Endowment for the Arts, “I couldn’t remember where anything went.”

He added, “I tried drums — couldn’t do that. Tried piano — nothing. Too difficult. So I became an instigator instead.”

Mr. Segal later partnered with his son Wayne, who now owns the Showcase, and they built a successful home base in the venerable Dearborn Station building. But for decades being an instigator was not a commercially sensible lifestyle.

For a time Mr. Segal lived with his wife, Helen, and five children in the Cabrini-Green public houses, infamous for gang violence. And despite the world-class artists he booked and Chicago’s reputation as a music town, local audiences weren’t always supportive of live jazz.

Mr. Katz, the pianist, recalled a winter night some years back. The Showcase was based at the Blackstone Hotel at the time, and Mr. Segal had hired Mr. Katz to back the saxophonist Sonny Stitt.

“I worked with Sonny in a quartet, and the band outnumbered the audience,” Mr. Katz said. “That tells you in a nutshell how fickle the jazz impresario business is.”

If Mr. Segal took a financial hit on such evenings, he found a kind of compensation all the same. “I love it when a band comes in and is really cookin’,” he once told The Sun-Times. “There might only be three people in the house, and I’m happy.”

Mr. Segal’s marriage ended in divorce. In addition to his son, he is survived by two daughters, Latanya Segal and Julia Segal Adams, and several grandchildren.

Mr. Katz said Mr. Segal had created a temple to hear jazz in its purest form. He didn’t permit smoking during the shows, in part because he didn’t want to impair the audience’s vision of the stage. And he enforced a no-talking rule during performances, showing particularly loud patrons to the door.

Mr. Katz recalled another night at the Showcase, this one more triumphant than the Sonny Stitt gig, when Mr. Segal had booked a lineup of three nationally-known saxophonists — Gene Ammons, James Moody and Harold Land — who played in the bebop style he loved.

“I watched Joe’s face as these musicians were playing,” Mr. Katz said. “If it was a picture with a caption, the caption would have been: ‘I’m in heaven.’”