Former Vice President Joe Biden holds an eight-point lead over President Donald Trump in a new poll that has the president’s approval rating underwater and Biden running up a huge lead among mail-in voters.

The lead is basically unchanged from last month, when Biden’s lead in the poll was 50 to 41 per cent – amid ongoing protests over the death of George Floyd and Trump’s call for ‘law and order’ after property destruction in cities. 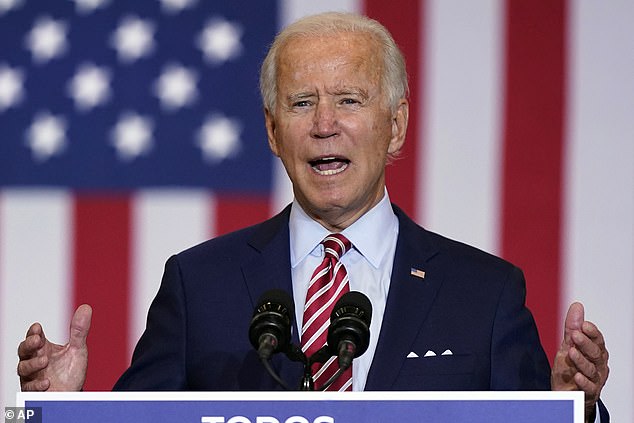 More than 50 per cent disapprove of President Trump, a troubling sign for the incumbent, who has amped up his attacks on rival in the preceding weeks, claiming he would be captive to ‘anarchists’ and ‘socialists.’

‘So far, despite major upheavals in the country, little has changed,’ said Democratic pollster Jeff Horwitt, who helped conduct the poll.

There are stark divisions in the poll based on how people intend to vote. 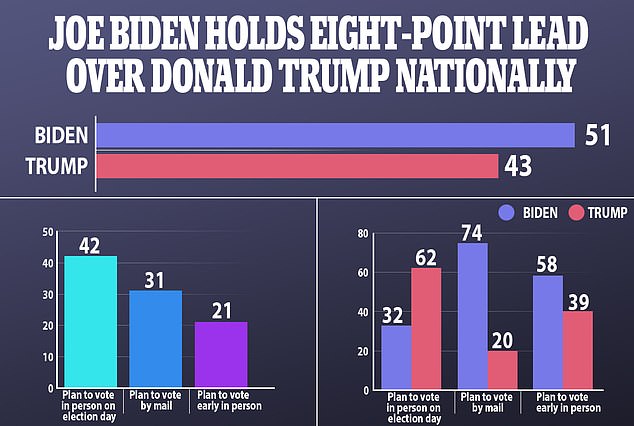 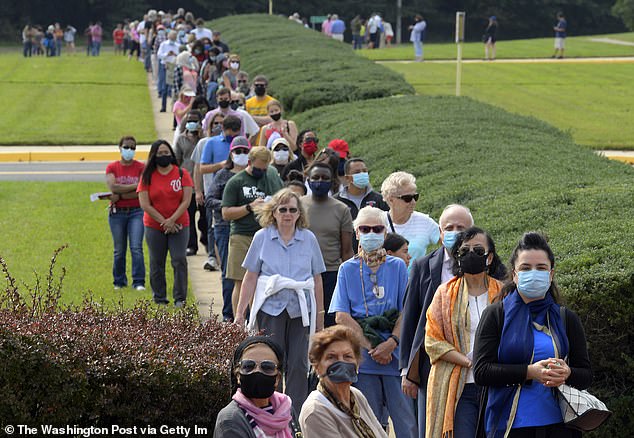 A very long line of voters wait to cast their ballots at the Fairfax County Government Center for the November presidential election on first day of early voting in Virginia in Fairfax, VA on September 18, 2020

When broken down by preference, mail-in voters back Biden 74 per cent to 20 per cent for Trump. Trump has regularly attacked mail-in voting, as he did Sunday.

Those numbers set up a scenario where votes that come in first on Election Day show Trump performing well, only to have his lead undercut by a steady stream of mail-in ballots that Trump has already attacked as rife with fraud.

Almost 90 per cent of voters have made up their minds, even as candidates head into presidential debates starting later this month.

The poll was taken before the death of Supreme Court Justice Ruth Bader Ginsburg, a development with the potential to galvanize members of both parties.