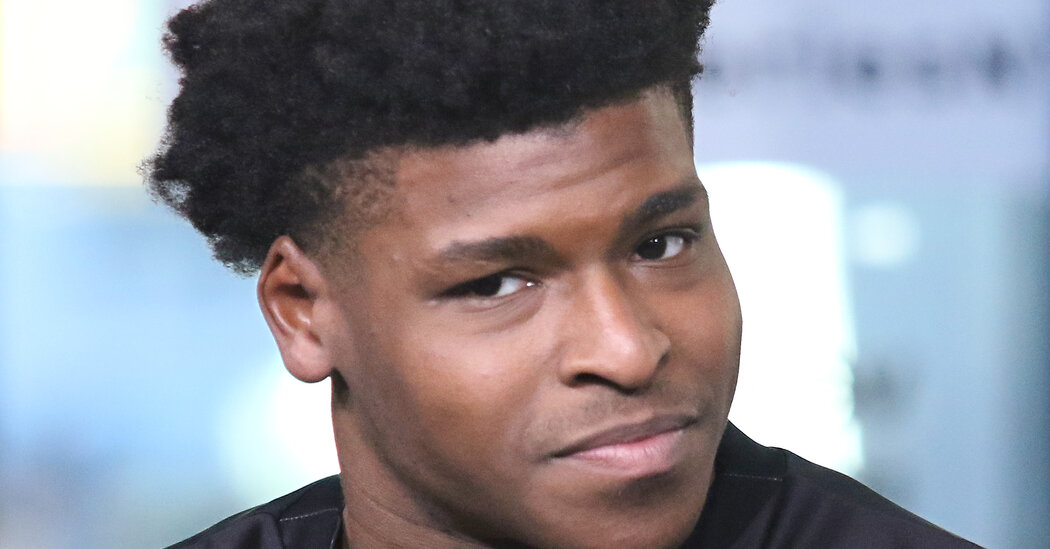 Jerry Harris, the breakout star of the Emmy-winning Netflix series “Cheer” who was arrested last week and charged with producing child pornography, will remain in custody, a court decided on Monday. His lawyer waived both his detention and preliminary hearings at a 10-minute hearing in a federal court in Chicago.

Mr. Harris, who dialed into the hearing by phone, was represented by three lawyers, who appeared in person in the courtroom. His lead lawyer, Todd Pugh, asked the judge to postpone a decision about whether Mr. Harris will be released on bond, saying he did not yet have a plan for where Mr. Harris could stay if he were released.

The judge, Sunil R. Harjani, asked Mr. Harris if he understood that his lawyer was waiving his right and that he would be in custody until a plan is in place, at which time he could ask the court to consider releasing him on bond.

Judge Harjani ordered that Mr. Harris remain in custody in Chicago until a next hearing, which had not been scheduled.

In an interview with law enforcement officials last week, Mr. Harris, 21, admitted to exchanging sexually explicit photos on Snapchat with at least 10 to 15 people he knew were minors, having sex with a 15-year-old at a cheerleading competition in 2019 and paying a 17-year-old to send him naked photos.

Two 14-year-old twin brothers also filed a lawsuit against Mr. Harris in Texas last week that accused him of online and in-person harassment that lasted more than a year, beginning when the boys were 13 and Mr. Harris was 19. That, USA Today first reported, led to an initial criminal investigation.

Mr. Harris has been held in custody since Thursday.

John C. Manly, a lawyer representing the family of the brothers who are suing Mr. Harris, said in an interview on Monday that he supports the government’s decision to keep Mr. Harris detained. “Mr. Harris, in my opinion, is a clear and present danger to children,” said Mr. Manly, who focuses on representing victims of sexual abuse.

Production of child pornography carries a minimum sentence of 15 years in prison and a maximum of 30 years.

Lawyers for Mr. Harris left the courtroom without commenting.