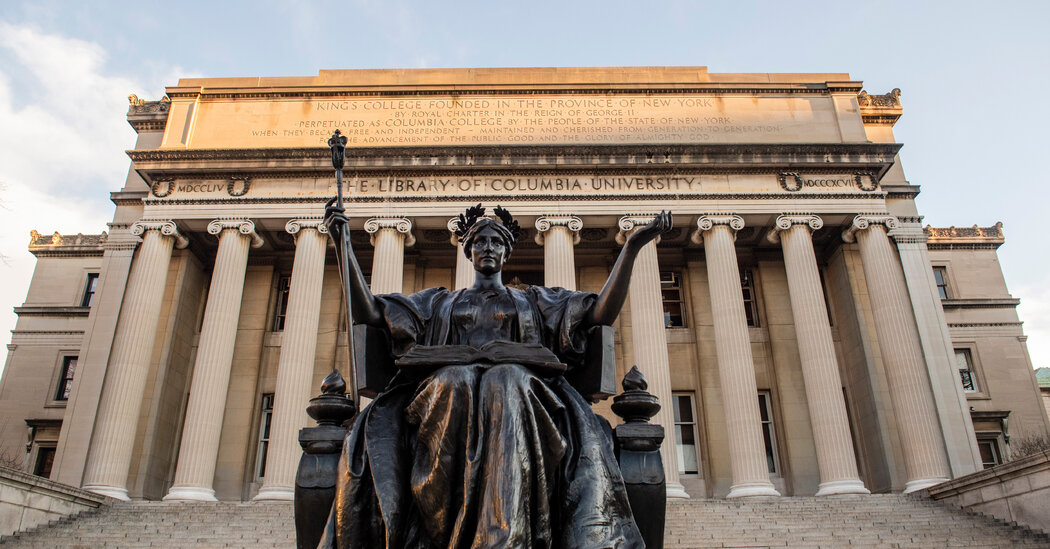 The chair of the Columbia University Department of Psychiatry was suspended on Wednesday, “effective immediately,” after referring to a dark-skinned model as possibly a “freak of nature” on Twitter.

“Whether a work of art or freak of nature she’s a beautiful sight to behold,” the department chair, Jeffrey A. Lieberman, tweeted on Monday in response to a photo of Nyakim Gatwech. Ms. Gatwech is an American model of South Sudanese descent; her fans refer to her as the “Queen of the Dark.”

In an email to his colleagues on Tuesday before he was suspended, he apologized for the tweet, describing it as “racist and sexist.” He added that he was “deeply ashamed” of his “prejudices and stereotypical assumptions.”

“An apology from me to the Black community, to women, and to all of you is not enough,” Dr. Lieberman wrote in the email. “I’ve hurt many, and I am beginning to understand the work ahead to make needed personal changes and over time to regain your trust.”

Dr. Lieberman, who specializes in schizophrenia and is considered one of the leading psychiatrists in the nation, was also removed from his position as psychiatrist-in-chief at Columbia University Irving Medical Center/NewYork-Presbyterian Hospital. That decision is final, according to a spokesman for Columbia University.

Dr. Lieberman also resigned from his role as executive director of the New York State Psychiatric Institute on Tuesday evening.

“We condemn the racism and sexism reflected in Dr. Lieberman’s tweet and acknowledge and share the hurt, sadness, confusion, and distressing emotions you may be feeling,” Thomas Smith, the new acting director, and other leaders said in an email to staff on Wednesday afternoon.

Department leaders at Columbia called a meeting for faculty and staff on Wednesday afternoon to discuss the situation, and to announce that an interim chair would be named. Several hundred people attended the Zoom meeting, according to a person who attended, and the tone was serious and grave. The head of the hospital described the tweet as “outrageous,” the person said.

The post drew negative attention from a number of medical professionals online, many of whom were Black women.

Elle Lett, a medical student and postdoctoral fellow in medicine at the University of Pennsylvania, wrote a Twitter thread and a Medium post about the comments.

“To not understand how racist language like that is harmful when your profession is supposed to care for the mental health of people makes you unqualified to be a psychiatrist at all, let alone the chief of the top program,” Dr. Lett said in an interview.

The Columbia University Department of Psychiatry is one of the largest such departments in the nation, and has consistently achieved top rankings, including on U.S. News & World Report’s list of best hospitals.

Robert Klitzman, a professor of psychiatry at Columbia, described the episode as “unfortunate” and said it “really highlights how deep and pervasive some of our own unconscious biases can be.”

He noted that Dr. Lieberman had spent decades doing important research on schizophrenia and other conditions.

“I think that this incident speaks to the need to be ever vigilant in our awareness of our own unconscious biases,” Dr. Klitzman said.

The American Psychiatric Association issued an apology in January 2021 for helping to uphold structural racism in psychiatry, saying it had enabled “discriminatory and prejudicial actions” within the organization and “racist practices in psychiatric treatment.”

The organization promised to “make amends,” including by expanding quality access to psychiatric care for people of color.

Dr. Benjamin Rush, who is considered the “father” of American psychiatry, believed that Black skin was the result of a mild form of leprosy.

And many prominent psychiatrists argued after Reconstruction that Black Americans weren’t fit for independent life, calling them “primitive” or “savage.”

Dr. Lieberman’s post came in response to a tweet that referred to Ms. Gatwech as “it” and described her as the “most beautiful among the black beauties.” It erroneously stated that she was in the Guinness Book of World Records for her dark skin.

“I can’t imagine it’s even possible to know who’s the lightest or darkest person on the planet!,” Ms. Gatwech said in an Instagram post that dispelled the rumor and included a screenshot of Dr. Lieberman’s tweet.

“I love my dark skin and my nickname ‘Queen of Dark,’” she added.

Ms. Gatwech has worked to challenge beauty standards that favor lighter skin tones, and has inspired other dark-skinned women to embrace their appearances.