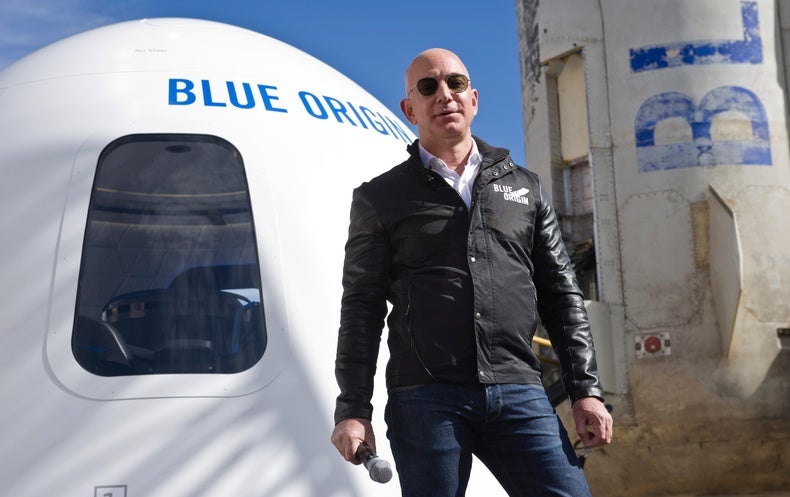 Amazon.com and Blue Origin founder Jeff Bezos will fly on the first crewed flight of the New Shepard suborbital vehicle, the billionaire announced on Instagram on Monday (June 7).

The flight is scheduled for July 20, the 52nd anniversary of the Apollo 11 moon landing. The New Shepard capsule, which operates autonomously and does not need a pilot, will launch from Blue Origin’s West Texas facility. The flight will last approximately 11 minutes.

Bezos’ brother, Mark, will join the crew as well, the Instagram post noted. “Ever since I was five years old, I’ve dreamed of traveling to space,” Bezos wrote. “On July 20th, I will take that journey with my brother. The greatest adventure, with my best friend.”

Another seat on the flight is currently being auctioned off to the highest bidder during a three-round process that will conclude on Saturday (June 12). Bids have already reached $2.8 million, according to the company; the winning sum will go to the company’s science and technology outreach foundation, Club for the Future.

Blue Origin’s main competitor in suborbital tourism flights, Virgin Galactic, is also making strides toward flying its first paying customer. Its vehicle, the piloted VSS Unity space plane, has flown multiple times, including once with the company’s chief astronaut as a passenger.

Most recently, Virgin Galactic has sold tickets at $250,000, and in May, a company report indicated it was targeting a commercial flight as soon as next year.

Blue Origin’s fully reusable New Shepard system has flown 15 times during uncrewed tests. During the most recent flight, in April, company employees rehearsed the entrance and exit procedure, a milestone in advance of next month’s crewed flight.

“It’s an adventure,” Bezos said in a video posted with the announcement. “It’s a big deal for me.”