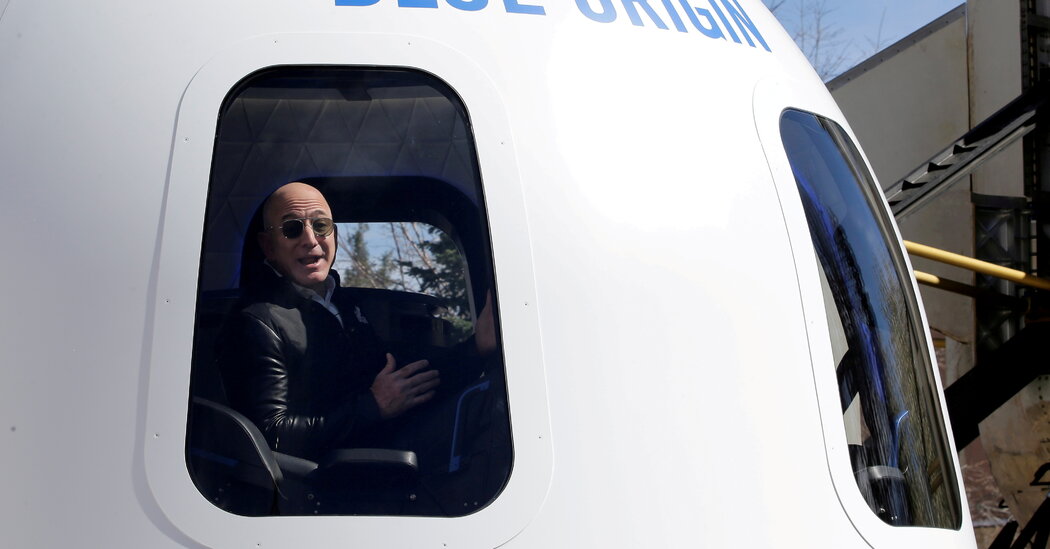 As the second volunteer at the site, he was told to go get a pair of shoes from the house. A few weeks later, the homeowner wrote to thank the firefighters for their efforts, and in particular, she noted that someone had even gotten her a pair of shoes.

“In both my vocation at Robin Hood and my avocation as a volunteer firefighter,” Mark Bezos said. “I am witness to acts of generosity and kindness on a monumental scale, but I’m also witness to acts of grace and courage on an individual basis. And you know what I’ve learned? They all matter.”

At a joint appearance by the brothers in 2017 at Summit, a leadership conference, a, Jeff Bezos said people sometimes mistakenly think he was the one who spoke at TED. “Every once in a while, somebody will stop me and say, ‘I love your TED Talk about being a firefighter, and small acts of kindness,’ said Jeff Bezos who added he usually corrects them that it was actually Mark. “But if I’m in a hurry, I just say thank you,” Jeff Bezos said.

Mark Bezos then joked, “But if any of you do get confused, I’m the one with the smaller bank account, to your left.”

The Blue Origin tourist rocket that the brothers will fly on is named after Alan Shepard, the first American to go to space, in 1961.

The launch next month will occur at Blue Origin’s site in West Texas. At about 47 miles, or 250,000 feet, the capsule carrying the passengers will separate from its booster. The astronauts will then get to unbuckle and experience weightlessness for nearly three minutes before the capsule returns to Earth. Because the capsule is fully pressurized, passengers will not be required to wear spacesuits or helmets.