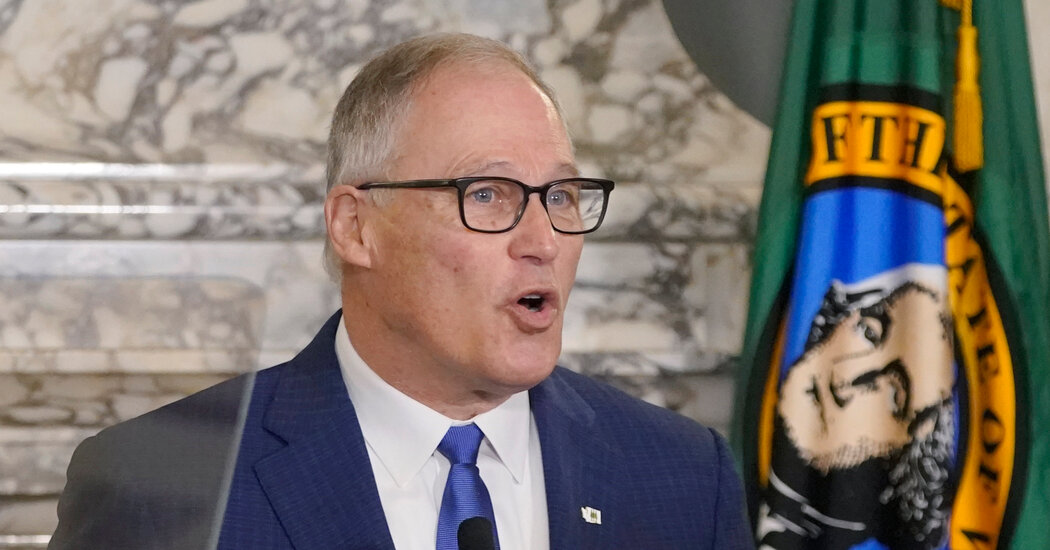 Gov. Jay Inslee and Lt. Gov. Denny Heck of Washington have both tested positive for the coronavirus, their offices announced Wednesday.

The two Democrats said they were experiencing mild symptoms and were working from home.

“I am experiencing very mild symptoms and am most glad I’m vaccinated and boosted,” Mr. Inslee said in a statement. “I hope others consider getting their booster because it’s very effective in preventing serious illness.”

Mr. Inslee, 71, received his second booster shot in March, the statement said. Mr. Heck, 69, who announced his positive test about an hour after Mr. Inslee, also said he had received two booster doses.

Washington State has recorded a 74 percent rise in new coronavirus cases in the last two weeks, according to a New York Times database, mirroring an increase across the United States that has brought the nation to an average of more than 100,000 new cases each day. State public health officials said Wednesday that they were not reinstating a broad mask mandate but strongly recommended that people wear masks in crowded indoor spaces.

“This is the time to double down on remembering that the pandemic isn’t over,” Dr. Umair Shah, the state’s secretary of health, said at a news conference.

Mr. Heck, a former House member, said he had previously tested positive in February but had no symptoms at the time.

“Unfortunately, Covid-19 re-infections can happen, and that’s another good reason to go and get that booster shot,” he said.

Mr. Heck said he had begun a regimen of the antiviral Paxlovid. Mr. Inslee’s office said the governor would soon receive that treatment.