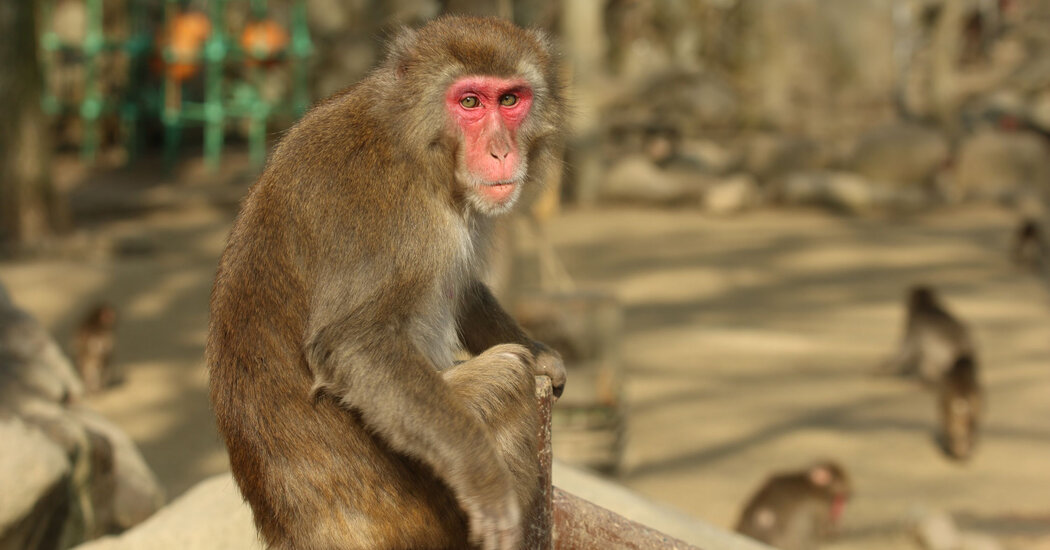 Although a mature Yakei fought with her own mother to rise in status, “she is generous and kind to her baby,” Mr. Shimomura said.

It seems that Yakei held onto power during this breeding season without much fuss. The only changes in rank occurred when the monkey that held the No. 3 spot went missing and all the monkeys below him moved up in rank by one.

“As a female, Yakei should be physically much weaker than other adult males and so it should be easy for them to outrank her by attacking and defeating her,” Yu Kaigaishi, a research fellow at the Japan Society for the Promotion of Science, said in an email. “I guess Yakei got many social allies after becoming alpha in the troop, which could make her position stable.”

Mr. Kaigaishi, who studies the behavior of Japanese macaques and has observed Yakei and her troop, believes Yakei’s ability to remain No. 1 is evidence that strength isn’t everything in Japanese macaque society.

“Social smarts are more important than physical strength for Japanese macaques,” said Katherine Cronin of the Lincoln Park Zoo in Chicago, who studies animal social behavior and cognition, including of her zoo’s own Japanese macaques. “Macaques who obtain high rank typically have a lot of social support in the form of allies in the troop who help them out when times are tense, such as during breeding season.”

Whether it was because of her ability to amass allies or instill fear in her enemies, Yakei was able to hold onto power, defying macaque social norms. Her behavior has fascinated scientists and brought attention from people around the world.

But her triumphs and tribulations also shed light on how much remains to be learned about the social lives of nonhuman primates.

“The more we observe primate behavior in different environments, including accredited zoos and sanctuaries, the more we learn about how flexible, creative and socially savvy they are,” Dr. Cronin said. “I’m glad that so many people had a chance to learn about the fascinating and flexible social world of macaques. Although they have been studied longer than almost any other primate species, they continue to fascinate and surprise us.”