Jan. 6 Suspect Blames Trump for Spurring Him to Capitol Riot 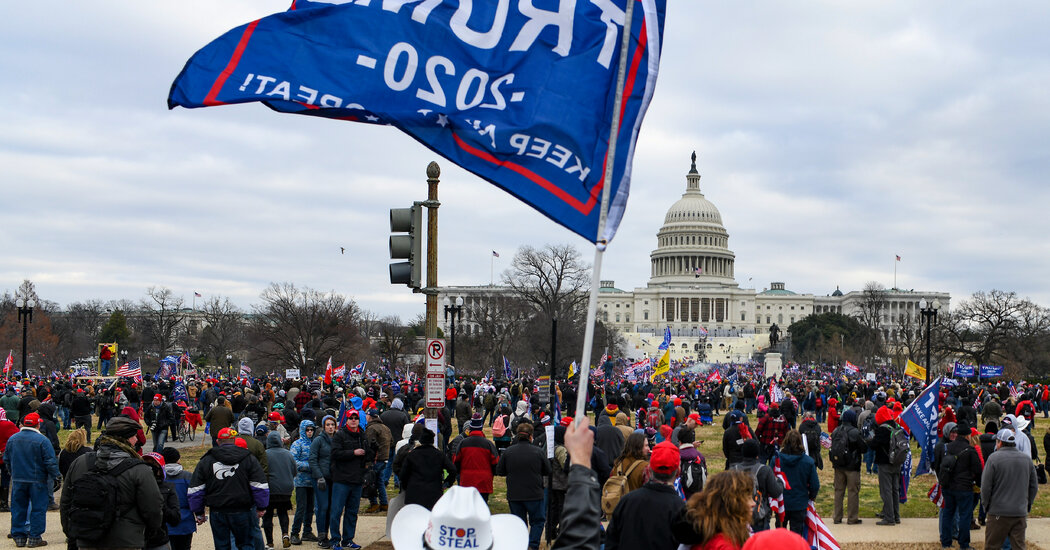 Instead, at his trial this week, Mr. Shamansky has painted Mr. Thompson as an impressionable man who filled his days of pandemic-driven isolation with a steady diet of election fraud conspiracy theories. Mr. Thompson agreed that a “perfect storm” of circumstances, as Mr. Shamansky put it, had caused him to fall prey to Mr. Trump’s lies about the race and ultimately led him to the Capitol.

“It was just an awful year — being unemployed, newly married, quarantine, Covid,” he told the jury. “I don’t know where my head was.”

Before Mr. Thompson offered his account, his wife, Sarah Thompson, took the stand.

Mrs. Thompson, who works in the corporate offices of Victoria’s Secret, told the jury that she was a Democrat who had voted for Mr. Biden and never believed the “conspiracy theory-type” material she increasingly saw her husband looking at on YouTube, Twitter and various other websites.

Still, she said it had been “a rough year” for the couple, who were married in January 2020 after 12 years of dating. She told the jury that Mr. Thompson’s anger about the election appeared to have grown worse because he was stuck at home without a job.

“Dustin spent a lot of time on the internet,” she said.

When he went off to Washington on Jan. 5, she said, driving with a friend, Mrs. Thompson did not think that her husband would get into trouble. She was happy, as she put it, to be at home with the “house quiet.”

But on the evening of the riot, Mr. Thompson texted her a video of himself, milling about with others in the looted parliamentarian’s office. The room was littered with paperwork and overturned furniture.

Her response to him was simple and direct.