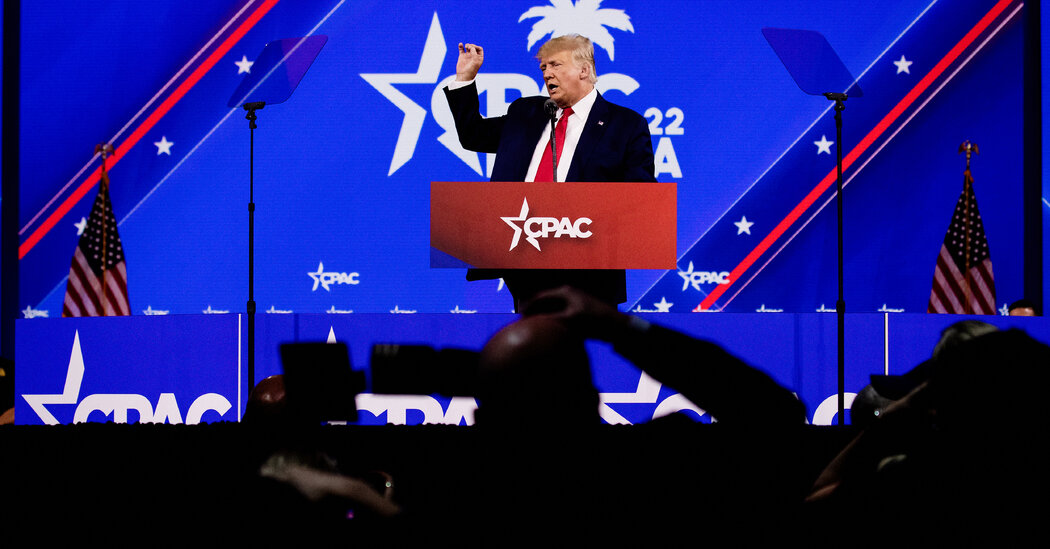 WASHINGTON — The House committee investigating the Jan. 6 attack on the Capitol on Tuesday subpoenaed a half-dozen lawyers and other allies of former President Donald J. Trump who promoted false claims about widespread fraud in the 2020 election and worked to overturn his loss.

Those who were sent subpoenas for documents and testimony participated in a range of attempts to invalidate Joseph R. Biden Jr.’s victory, including filing lawsuits, pressuring local election officials to change the results and drafting proposed executive orders to seize voting machines.

“The select committee is seeking information about attempts to disrupt or delay the certification of electoral votes and any efforts to corruptly change the outcome of the 2020 election,” Representative Bennie Thompson, Democrat of Mississippi and the chairman of the committee, said in a statement. “The six individuals we’ve subpoenaed today all have knowledge related to those matters and will help the select committee better understand all the various strategies employed to potentially affect the outcome of the election.”

More than 550 witnesses have testified before the committee, which is tasked with writing an authoritative report about the violence of a year ago that left more than 150 police officers injured and resulted in several deaths.

The committee also intends to make recommendations to prevent such an episode from happening again, and is considering making criminal referrals should its investigators uncover any crimes not already charged by the Justice Department.

The subpoenas issued on Tuesday direct the witnesses to sit for interviews in March.

Among those summoned was Cleta Mitchell, a lawyer who the panel said “promoted false claims of election fraud to members of Congress” and participated in a call in which Mr. Trump tried to pressure Georgia’s secretary of state to “‘find’ enough votes to reverse his loss there.”

Ms. Mitchell was also in contact with Mr. Trump on Jan. 6 and the days before, the committee said it had learned.

Kenneth Chesebro, another lawyer who was subpoenaed on Tuesday, promoted legal theories within the Trump campaign supporting the use of slates of bogus electors in states the former president lost. Mr. Chesebro told the Trump campaign his efforts would “‘bolster’ the argument for delaying the electoral certification” and make the public believe the election “‘was likely rigged, and stolen by Biden and Harris, who were not legitimately elected,’” the committee wrote in a letter accompanying Mr. Chesebro’s subpoena.

The committee also issued a subpoena to Christina Bobb, who works for One America News Network and was reportedly involved in efforts to draft an executive order for Mr. Trump that would have directed federal agencies to seize voting machines in numerous states. Ms. Bobb was present in the “war room” of Mr. Trump’s personal lawyer, Rudolph W. Giuliani, in the Willard Hotel on Jan. 6, the committee said.

Ms. Bobb is said to be writing a book about Jan. 6 and interviewed Mr. Trump for the project, meaning she would most likely have notes that the committee could obtain through a subpoena.

The first trial. Guy Wesley Reffitt, who is accused of obstructing the work of Congress on Jan. 6, is set to become the first defendant to stand trial in a case stemming from the Capitol riot. The trial, which opens on Feb. 28, will set the tone for dozens of other cases.

Another lawyer subpoenaed on Tuesday, Katherine Friess, was also reportedly involved in efforts to draft an executive order that would have directed federal agencies to seize voting machines, and at one point “traveled to Michigan in an attempt to obtain voting machine data directly from local officials,” the committee said in a letter accompanying her subpoena.

Kurt Olsen, a pro-Trump lawyer, also reportedly prepared a draft executive order for Mr. Trump that would have directed the Justice Department to “take voter action,” and had multiple phone calls with the former president on Jan. 6, according to the committee’s statement accompanying his subpoena.

The panel also issued a subpoena to Phillip Kline, a former Kansas attorney general who convened a meeting between Mr. Trump and more than 300 state legislators “in an attempt to disseminate purported evidence of election fraud” and encourage legislators to sign a letter urging Mike Pence, then the vice president, to delay the electoral certification on Jan. 6, the committee said.

None of the potential witnesses responded to requests for comment.