Jan. 6 Panel Is Likely to Seek Interview With Ginni Thomas 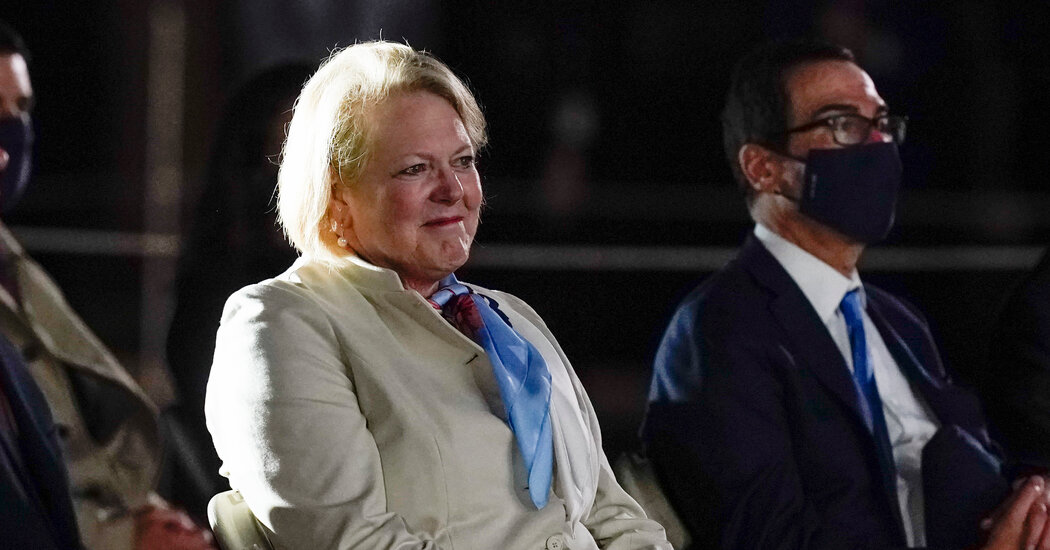 WASHINGTON — The House committee investigating the Jan. 6 attack on the Capitol is likely to reach out soon to Virginia Thomas, the wife of Justice Clarence Thomas, to request that she sit for an interview, according to two people familiar with the matter.

The decision to ask Ms. Thomas for an interview — after intense internal debate about the matter — came after the revelation last week of Ms. Thomas’s text messages to Mark Meadows, the former White House chief of staff, in which she relentlessly urged him to pursue a plan to overturn the 2020 presidential election.

Investigators have also discussed whether to issue subpoenas for any other communications she may have had with the White House or the President Donald J. Trump’s legal team about the election, including a message that she told Mr. Meadows she had sent to Jared Kushner, a former adviser to Mr. Trump, according to people with knowledge of the investigation.

After a closed-door meeting of the committee on Monday evening, Representative Bennie Thompson, Democrat of Mississippi and the chairman of the panel, emerged to tell reporters that “no decision” had been made about whether to issue a subpoena to Ms. Thomas.

Although the committee has been in possession of Ms. Thomas’s text messages for months, not everyone on the panel had seen the documents before they were published in news reports. That prompted debate among the committee’s members, several of whom urged the panel to try to interview her.

A person familiar with the discussions said the panel concluded that Ms. Thomas had relevant information, and that it was important for investigators to hear from her. CNN earlier reported the committee’s decision.

An adviser to Ms. Thomas did not immediately respond to a request for comment.

For at least several weeks, the committee’s senior investigators have discussed whether to call Ms. Thomas, who is known as Ginni, to testify. They also debated sending a subpoena to Ms. Thomas for her communications, with some top investigators initially arguing against it because they viewed her as a minor player in the attempts to subvert the election. But the disclosure of the text messages, first by The Washington Post and CBS News, and public pressure renewed those discussions.

A New York Times Magazine investigation last month examined the political and personal history of Ms. Thomas and her husband. That included her role in efforts to overturn the election from her perch on the nine-member board of C.N.P. Action, a conservative group that helped advance the “Stop the Steal” movement, and in mediating between feuding factions of organizers “so that there wouldn’t be any division around Jan. 6,” as one organizer put it.

Ms. Thomas acknowledged that she had attended the rally that preceded the violence in an interview with a conservative news outlet this month, but she has otherwise downplayed her role. Then came disclosure of the texts to Mr. Meadows.

In the messages, she called the 2020 election a “heist” and even suggested the lawyer who should be put in charge of that effort.

Judge says Trump likely committed crimes. In a court filing in a civil case, the Jan. 6 House committee laid out the crimes it believed former President Donald J. Trump might have committed. The federal judge assigned to the case ruled that Mr. Trump most likely committed felonies in trying to overturn the 2020 election.

Potential contempt charges. The Jan. 6 House committee released a report making the case to charge Peter Navarro, a former White House adviser, and Dan Scavino Jr., a former deputy chief of staff, for refusing to comply with its subpoenas.

There are plenty of leads to pursue. The committee could recall Dustin Stockton, a rally organizer who told The Times about a conversation he had with Caroline Wren, a Republican who helped raise money for the “March for America” on Jan. 6, in which she described Ms. Thomas’s peacemaking role. They could also recall Amy Kremer and Jenny Beth Martin, rally organizers close to Ms. Thomas, to ask about her postelection communications with them.

The panel could subpoena records from not only Ms. Thomas, but also C.N.P. Action, which was deeply involved in the effort to spread falsehoods about the election. Investigators could ask the name of the friend Ms. Thomas was referring to when she wrote back to thank Mr. Meadows, saying: “Needed that! This plus a conversation with my best friend just now … I will try to keep holding on.” (Ms. Thomas and her husband have publicly referred to each other as their best friends.)

Ultimately, the committee could ask her whether she had discussed with her husband Mr. Trump’s fight to overturn the election.