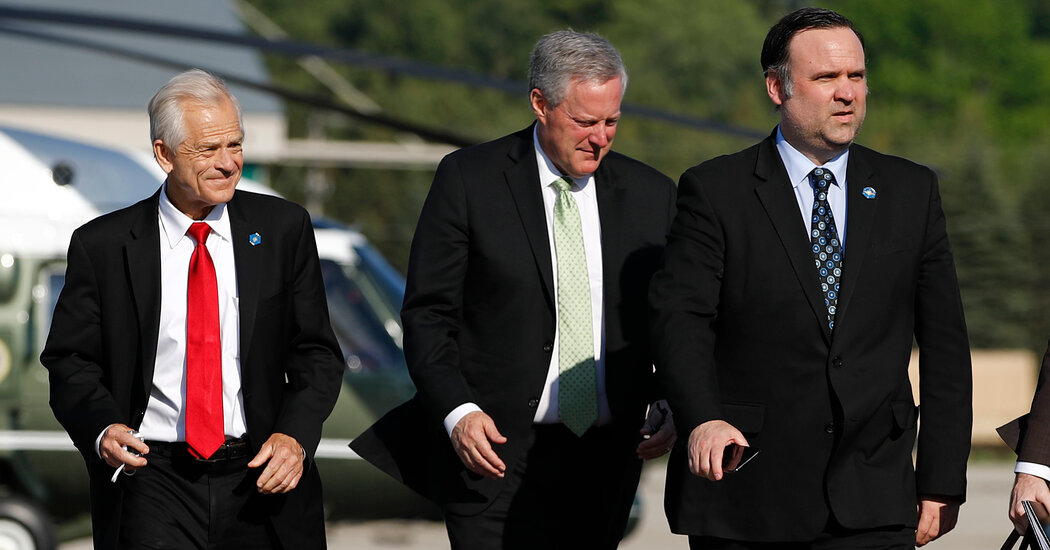 In a statement emailed Sunday night, Mr. Navarro said: “My position remains this is not my executive privilege to waive and the committee should negotiate this matter with President Trump. If he waives the privilege, I will be happy to comply.”

But the committee argues that Mr. Navarro’s work trying to overturn the election was not a part of his official duties and not covered by executive privilege.

“Federal law did not allow Mr. Navarro to use his official office to attempt to affect the outcome of an election,” the committee’s report says. When Mr. Navarro engaged in these activities, and other activities described below, he was acting outside the scope of his official duties.”

As for Mr. Scavino, the committee said he had worked with Mr. Trump to spread false information via social media regarding election fraud and had recruited a crowd to Washington on Jan. 6.

The committee said it had “reason to believe” Mr. Scavino, whose subpoena was served at Mar-a-Lago, Mr. Trump’s property in Palm Beach, Fla., was with Mr. Trump on Jan. 5 and Jan. 6 in 2021 when plans were discussed to “challenge, disrupt, or impede the official congressional proceedings.” He also was with Mr. Trump while people trapped inside the Capitol were urgently calling on the president to halt the violence.

The committee also said it “has reason to believe that Mr. Scavino may have had advance warning about the potential for violence on Jan. 6,” because he was known to monitor pro-Trump websites where plans to commit violence were discussed.

On Dec. 19, 2020, the same day Mr. Trump tweeted: “Big protest in D.C. on January 6th … Be there, will be wild!,” users of TheDonald.win, a website for Trump supporters, began sharing “specific techniques, tactics, and procedures for the assault on the Capitol,” the committee said. The “ensuing weeks of communications on the site included information on how to use a flagpole as a weapon, how to smuggle firearms into DC, measurements for a guillotine, and maps of the tunnel systems under the Capitol building.”