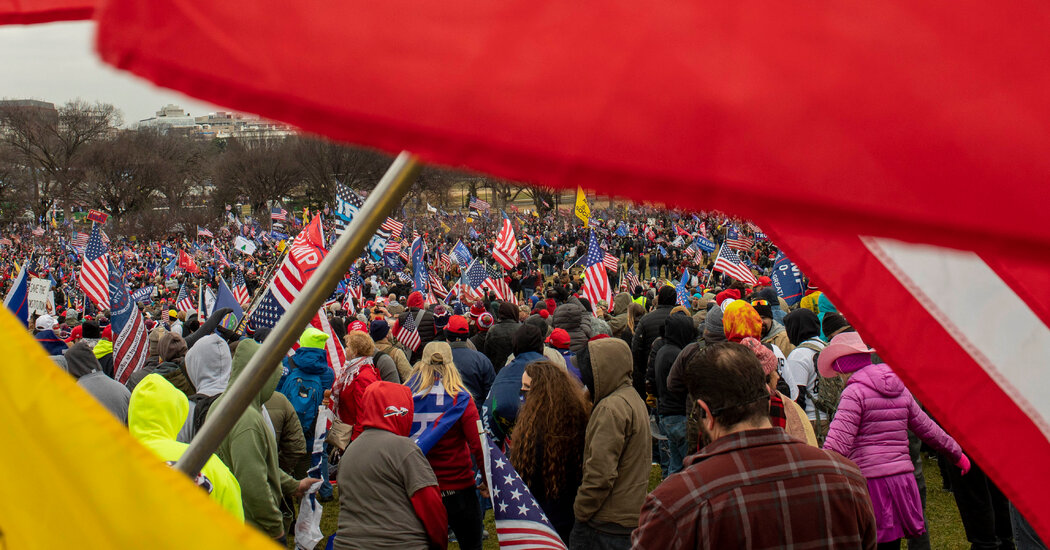 Prominent among them, according to interviews and documents, was Amy Kremer, a former Tea Party activist who helped create a group called Women for America First. The group set up a cross-country bus tour gathering Mr. Trump’s aggrieved supporters behind the baseless assertions of a stolen election.

Within hours of the last polls closing on Election Day, Ms. Kremer started working closely with her daughter, Kylie Jane Kremer, to set up one of the first “Stop the Steal” Facebook pages. Both women were involved — often in close coordination with the White House — in planning pro-Trump rallies on Nov. 14 and Dec. 12, 2020, and then in setting up Mr. Trump’s appearance at the Ellipse on Jan. 6, 2021.

Two other people who helped Ms. Kremer were Jennifer L. Lawrence and Dustin Stockton, both of whom had once worked closely with Stephen K. Bannon, a former top adviser to Mr. Trump. Another organizer for Women for America First was Cindy Chafian, who ultimately broke away from the group to form a new organization, the Eighty Percent Coalition, which planned its own event on Jan. 5.

Then there was a separate group of planners around Ali Alexander, a provocateur who rose in right-wing circles after the election. Mr. Alexander, an associate of Mr. Trump’s longtime adviser Roger J. Stone Jr., was part of a group of activists who planned an event at the Capitol itself and marched with the crowd to the building after Mr. Trump’s speech at the Ellipse.

Altogether, scores of people spoke at the rallies in November and December and at the gatherings on Jan. 5 and Jan. 6. They included people like Mr. Stone; Mr. Trump’s former national security adviser, Michael T. Flynn; and Alex Jones, the conspiracy theorist and host of the TV show Infowars. The speakers also included pastors, state-level politicians and anti-vaccine activists.

It is hard to know who prosecutors might consider a “V.I.P.” from these events — especially for the November rally, often known as the Million MAGA March, and the one in December, which is sometimes referred to as the Jericho March.

There were dozens of V.I.P.s who attended Mr. Trump’s incendiary speech at the Ellipse on Jan. 6, according to leaked documents from event organizers. That rally also featured appearances by Rudolph W. Giuliani, Mr. Trump’s personal lawyer, and John C. Eastman, the law professor who was promoting the idea that Vice President Mike Pence could block congressional certification of the Electoral College results.