Jacob Blake, Who Was Shot By Kenosha Police, Released An Emotional Video From His Hospital Bed – BuzzFeed News 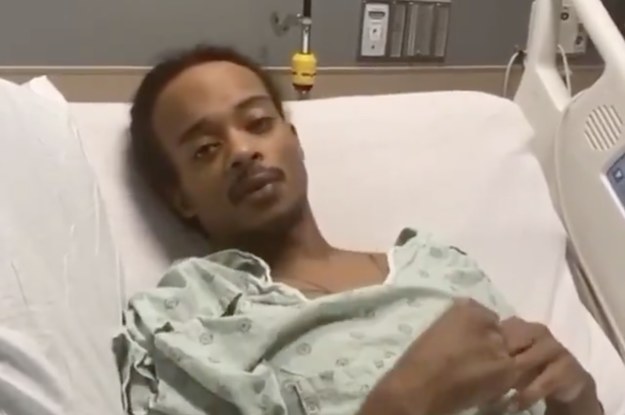 Jacob Blake, the Black man who was shot by a Kenosha police officer last month, released a video message from his hospital bed, describing the pain he was in after the shooting left him paralyzed from the waist down.

Kenosha officer Rusten Sheskey shot Blake in the back seven times on Aug. 23 while Blake’s three children were nearby, sparking protests over police brutality in the Wisconsin city.

“Every 24 hours, it’s pain,” Blake said in the video that was released by his attorney, Benjamin Crump, on Saturday night. “It hurts to breathe. It hurts to sleep. It hurts to move from side to side. It hurts to eat,” he said.

Blake, who was wearing a hospital gown in the video, said that he had staples in his back and stomach.

“There’s a lot more life to live out here,” he said. “Your life, and not only just your life, your legs — something that you need to move around and move forward in life — can be taken from you like this,” he said, snapping his fingers.

Law enforcement had shackled Blake to his hospital bed after the shooting owing to an outstanding arrest warrant against him on charges of sexual assault, trespassing, and disorderly conduct relating to a criminal complaint filed in July, the New York Times reported.

While the charges against Blake are still pending, the arrest warrant against him was later vacated and he was freed from the handcuffs, Blake’s lawyers told CNN. On Friday, Blake pleaded not guilty to the charges.

In the video from his hospital bed, Blake urged viewers to “change your lives.”

“Please, I’m telling you, change your lives out there,” he said. “We can stick together, make some money, make everything easier for our people because there’s so much time that’s been wasted.”

Blake’s shooting was the focus of protests against police brutality in Kenosha that turned deadly when groups of armed civilians claiming to protect property, clashed with protesters. A 17-year-old armed vigilante, Kyle Rittenhouse, was charged with fatally shooting two demonstrators and injuring another during the protests.

Democratic presidential nominee Joe Biden has called for charges against Sheskey, the officer who shot Blake. Sheskey is on administrative leave pending an investigation.

During a visit to Kenosha on Tuesday, President Trump did not call for the officer to be prosecuted but sought to focus on the rioting that occurred after Blake’s shooting.