Jacob Blake on being shot by a police officer: “It’s nothing but pain.” – Vox.com 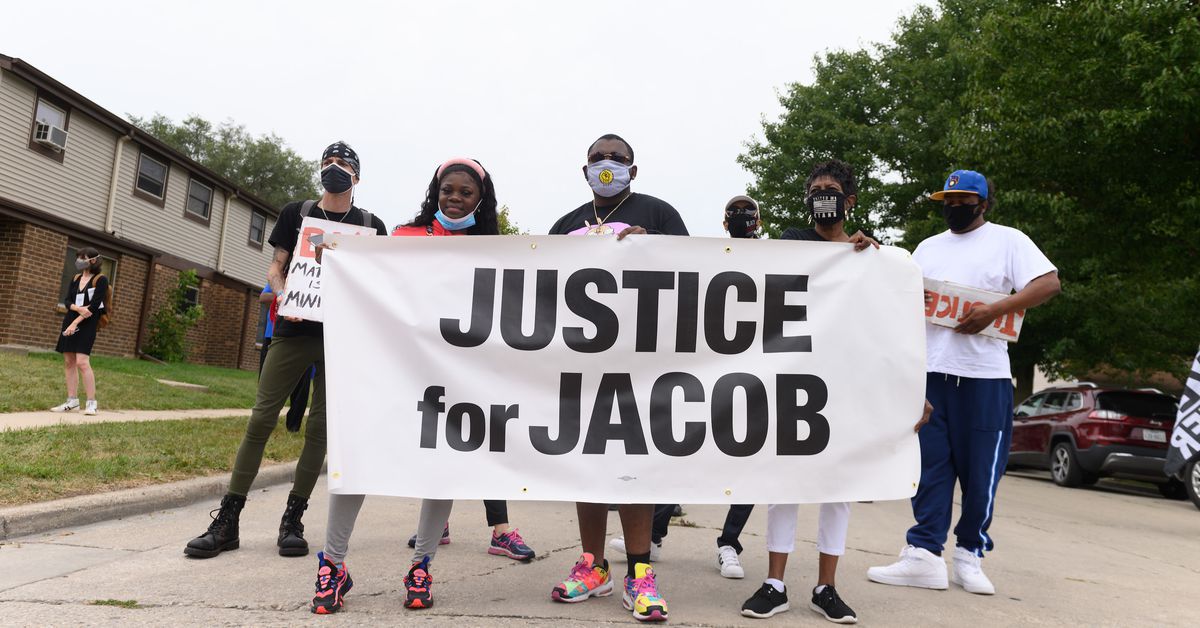 In a video posted on Twitter by his family’s lawyer, civil rights attorney Benjamin Crump, Blake spoke about the constant pain he experiences due to the shooting, which left him paralyzed from the waist down.

“I got staples in my back, staples in my damn stomach,” Blake said. “You do not want to have to deal with this shit, man — 24 hours … it’s nothing but pain.” He added that even basic tasks like eating and sleeping hurt him.

“There’s a lot more life to live out here, man. Your life — and not only just your life, your legs, something that you need to move around and move forward in life — can be taken from you like this, man,” he said with a snap of his fingers.

And he ended the short message by urging his supporters to action in order to ensure they don’t experience his pain firsthand.

“Please, I’m telling you. Change your lives out there,” Blake said. “We can stick together, make some money, make everything easier for our people out there. Because there’s so much time that’s been wasted.”

Blake was shot by white Kenosha police officer Rusten Sheskey on the evening of August 23. Police were responding to a domestic incident in which a woman said her “boyfriend was present and was not supposed to be on the premises.”

Multiple witnesses have said Blake was trying to break up a verbal dispute between two women. Three officers arrived initially, including Sheskey.

The shooting that followed went viral due to two videos showing officers attempting to force Blake to the ground, and later, Blake attempting to enter a grey van before Sheskey shoots him seven times.

The FBI has opened a civil rights investigation into Blake’s shooting, which has fanned the flames of one of the largest civil rights movements in American history.

The videos reinvigorated nationwide protests against police brutality, which have been ongoing for months after the killings of Breonna Taylor in Louisville and George Floyd in Minneapolis.

Multiple nights of uprisings followed in Kenosha, during which buildings were set on fire and police and protesters clashed. Wisconsin Gov. Tony Evers called in the state National Guard on the second night. On the third night, a white teenager who had proclaimed his support for police on social media shot three people, killing two.

Protests against police brutality have been unfolding in US cities almost daily since Floyd’s death in Minneapolis in late May. Some of those have turned into full-on uprisings involving conflict between protesters and police, looting, and the burning of buildings and cars.

And they continued over Labor Day weekend, quickened by the police killings of Deon Kay in Washington, DC, on Wednesday; Dijon Kizzee in Los Angeles on August 31; and the Wednesday release of new video of Daniel Prude’s killing in Rochester, New York.

On Saturday, hundreds protested in Louisville — the city in which Breonna Taylor was killed — ahead of the Kentucky Derby. Counter-protesters came into contact with the protesters near the city’s Metro Hall, leading to tense confrontations, but no violence. Members of both groups were seen carrying firearms. Black Lives Matter protesters marched to Churchill Downs, where the derby was taking place. The evening ended with outdoor dancing in at least one corner of the city.

Words became blows as militia groups and supporters for BLM, Breonna Taylor faced off. Some people from both sides tried to talk things out — a few shook hands — but one worried woman said ‘Our city has never been divided like this before.’ https://t.co/p6bYwnPbmm pic.twitter.com/j3xnV0y4rm

In Rochester, New York, demonstrators gathered to protest Prude’s death by suffocation. In March, police put a hood over Prude’s head and pressed his face to the ground for two minutes. Around 1,500 people marched Saturday evening, calling for the resignation of city leaders. They faced off with police outside City Hall, and some reportedly began throwing rocks and fireworks at police officers, who fired tear gas and pepper balls back.

In Washington, DC, Kay’s aunt addressed protesters, telling them, “The officer that shot Deon, him and Deon had a problem with each other. He never liked Deon or the young boys that be down there on Mellon Street,” and saying her nephew likely spent his final moments “afraid.” Several hundred people marched throughout the city, including near the site of Kay’s death and near the White House, demanding greater transparency from leaders and police reforms.

In Portland, Oregon — where a Trump rally led to clashes between the president’s supporters and protesters, as well as the shooting of a right-wing activist — protests began calmly. Later in the evening, a group of around 500 protesters marching toward a police precinct were met with officers who declared it a riot. Police released tear gas and shot rubber bullets, and a protester threw a Molotov cocktail which police said hit another demonstrator.

While the deaths of Taylor, Floyd, Kay, Prude and others are memorialized by protests, the underlying issue of inequities in policing continue, as Vox’s Aaron Ross Coleman has written. Since Taylor was killed in mid-March, at least 83 other Black people have been killed by police, according to data compiled by the Washington Post. Other organizations like Mapping Police Violence estimate that number is even higher.

Almost no police killings result in officers charged with a crime, according to Mapping Police Violence. That’s one thing the massive civil rights movement unfolding across the country seeks to change.