It’s Nikki Haley vs. Don Jr. for the soul of the GOP – POLITICO 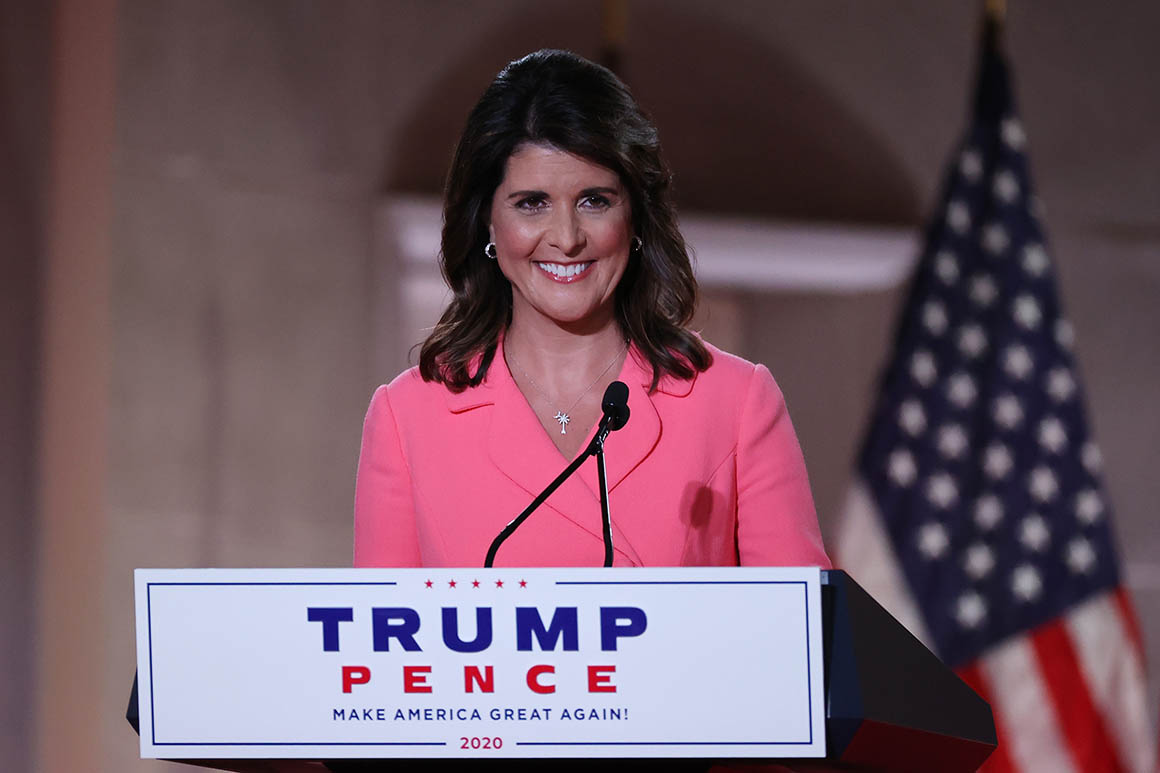 Don Jr. offered one answer: He presented the case for Trumpism as a set of cultural resentments and in-crowd buttons to be pressed. Even the president’s oldest son has been changed by Trumpism. Four years ago, Don Jr. was the member of the Trump family who had the closest links to traditional conservatism and its interest groups and the one who was most likely to understand the language of the movement. Today Don Jr., who is unencumbered by any formal administration role, has become the mayor of the online Trump community, a ringleader slinging MAGA memes, owning the libs and sending social media mobs after reporters who cross him.

His speech Monday strung together the buzzwords and themes familiar to anyone who follows him online. It was essentially a long and slightly more polished thread of tweets.

He offered a historically inaccurate account of the coronavirus’s spread as a product of the “Chinese Communist Party” and suggested, against all evidence, that the most important decision about how to stop it was whether one supported a travel ban on China. He got in a lot of one liners about Biden, “the Loch Ness monster of the swamp,” but then wrapped things up with more of a focus on MAGA Twitter than the MAGA midwest. He attacked “cancel culture” and the tearing down of statues, praised the GOP as “the home of free speech,” and updated the line used against George McGovern — the 1972 Democratic nominee was said to be for “amnesty, abortion, and acid” — with the less catchy refrain that “this election is shaping up to be church, work, and school versus rioting, looting, and vandalism.”

He segued into a self-help section that was reminiscent of the pitch he used to make in videos selling Trump University and other pre-politics branding schemes. “My father’s entire worldview revolved around the idea that we can do even better,” he said. “Imagine the life you want to have, one with a great job, a beautiful home, a perfect family. You can have it!”

And how can you have it, exactly? “It starts by rejecting radicals who want to drag us into the dark and embracing the man who represents a bright and beautiful future for all,” he insisted. “It starts by re-electing Donald J. Trump.”

Don Jr. could be forgiven for worshiping his father over a set of policy ideas, but it’s historically unusual for an American political party to do so — and yet most Republicans have become Don Jr. in that sense.

Nikki Haley offered a slight departure. She road-tested a speech that tried to combine some Reagan sunniness (“America is a story that’s a work in progress. Now is the time to build on that progress, and make America even freer, fairer, and better for everyone.”); her own heart-warming biography (“I am the proud daughter of Indian immigrants.”); with some of the new Trump-era GOP obsessions (“Communist China gave us the coronavirus,” “political correctness and ‘cancel culture’ are dangerous and just plain wrong.”).

But there was one thread in her speech that gives powerful weight to commentators who believe the most important legacy of Trumpism is how it changed the way Republicans talk about race. There were two sections where Haley, the former governor of South Carolina and once one of the most progressive Republicans in the South on racial matters, seemed to take a step backwards to accommodate the new Trump GOP.

She spoke of the horrific mass shooting at Mother Emanuel Church in Charleston, where a white supremacist murdered nine black worshippers in 2015. Haley’s most celebrated achievement concerning race relations in her state came after that massacre, when she helped retire the Confederate flag from the statehouse.

“Together,” she said Monday night, “we made the hard choices needed to heal — and removed a divisive symbol, peacefully and respectfully.”

Unlike in previous tellings of this story, the rebel banner had been turned into “a divisive symbol.” Was it too much of an affront to Trump to mention the Confederate flag by name?

In a second second section of the speech, she used a curious phrase. “The American people know we can do better,” she said. “And of course we know that every single black life is valuable.”

Why did Haley switch BLM to BLV? It probably isn’t too cynical to guess that in 2020 it’s an act of political suicide for a Republican to say “Black lives matter,” so Haley broke out the thesaurus.

With these speeches from Haley and Don Jr. Monday we are starting to see the GOP divide into two halves: one that tries to straddle the pre- and post-Trump GOP, and another that fully embraces undiluted Trumpism. The quality of the messenger matters a great deal. Maybe it’s only Donald Trump himself who can pull off this act again. But over the last five years the straddlers in the GOP have not fared well against those who wholeheartedly embrace what Trump has wrought.